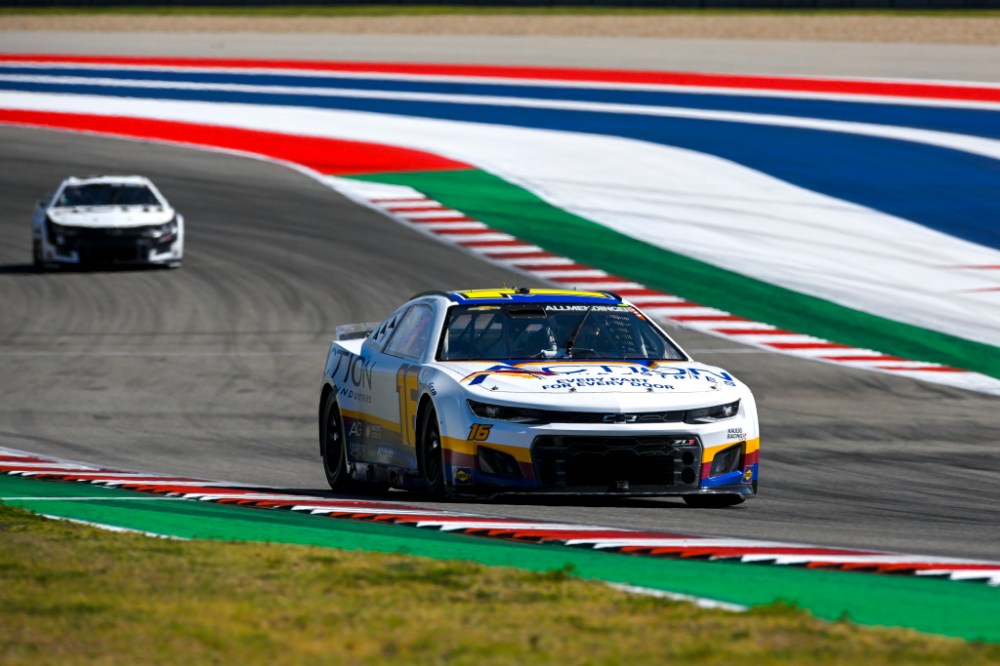 AJ Allmendinger didn’t seem particularly pleased with being moved out of the way by Ross Chastain on the last lap Sunday at Circuit of The Americas.

Chastain came out the victor in a frantic last-lap battle with Allmendinger and Alex Bowman. Running second and chasing down Chastain, Allmendinger used the bumper in Turn 15 to shove Chastain wide and take the lead. He then had a mirror full of Chastain in the next two corners, which briefly allowed Bowman to take the lead through Turn 17.

Then, in Turn 19, Allmendinger was on the receiving end of the bumper from Chastain. Allmendinger bounced off Bowman and spun, getting stuck in the gravel. He finished 33rd.

“At the end of the day, we all got to look at ourselves in the mirror and be OK with it,” said Allmendinger. “Each person’s different. So more than anything proud of Kaulig Racing. The Action Industries Chevy was so fast. I think if we could have just a long run, nobody was going to touch us. Pit stops were great.

“Everybody at Kaulig Racing – all the men and women – a lot of sleepless nights for them right now trying to get these cars to the next race. So I was doing everything I could to try to sweep the weekend for them. We were that close.”

Allmendinger, a full-time Xfinity Series driver for Matt Kaulig, won the Xfinity Series race Saturday. Not running for points in the Cup Series race, Allmendinger and the No. 16 team didn’t earn stage points as they played the track position strategy by pitting before the end of the stages to be at the front on restarts.

“Like I said, at the end of the day, each person’s got to make the move that they’re comfortable with and that’s fine,” said Allmendinger, who led two laps. “We know we had a shot to win the race; It’s tough to win a Cup race, so when you put yourself in position to legitimately run up front all day and have a shot to win it, it’s a pretty great day. Unfortunately needed about two more corners.”