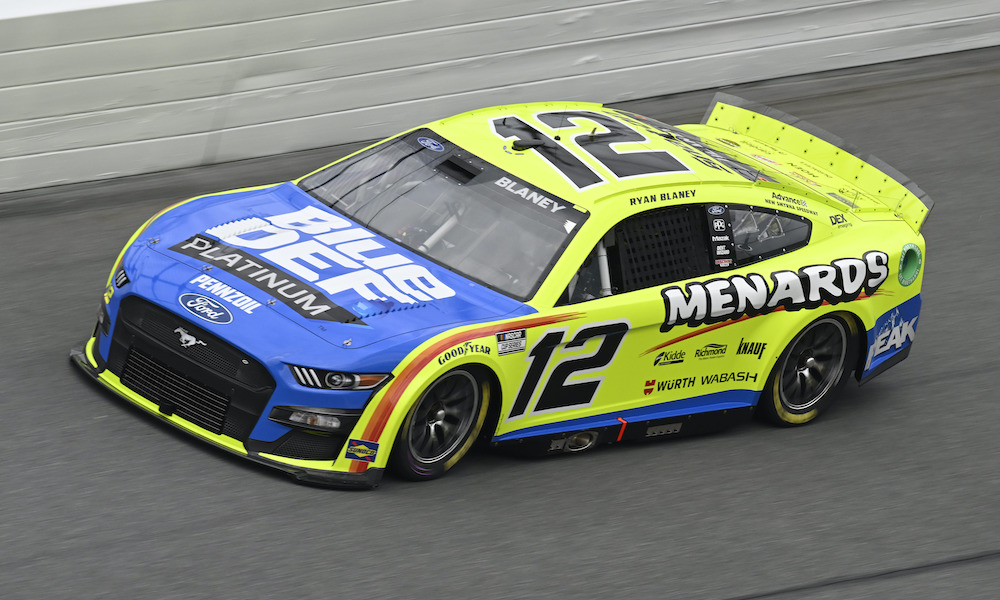 The Ford drivers have set an early pace at Daytona International Speedway, and they also aren’t afraid to mix it up in a draft.

Ryan Blaney led the way in Tuesday’s second practice session, jumping to the top of the board late in the going. Blaney and his Team Penske teammates Joey Logano and Austin Cindric and Wood Brothers Racing associate Harrison Burton spent the last 20 minutes drafting together and swapping positions in the lineup. There was even some bumper tag going on between Cindric and Logano, but there was no harm and no foul.

The fastest 10 drivers in the second practice all drove a Ford.

Tyler Reddick, 15th fastest, ran the most laps in practice at 20.

Kaz Grala in the No. 50 Chevrolet for The Money Team Racing was the fastest driver without a charter. Grala was 22nd on the chart at 182.66mph. He was the only open car inside the top 30 in practice.

As is customary at Daytona, there were split agendas during practice. The session started with drivers looking for a clean lap to make a mock qualifying run. Others continued to draft with manufacturer teammates.

Keselowski and Buescher of RFK Racing were two of the most aggressive in working on the tandem draft; at least from Keselowski’s seat as he routinely latched onto his teammate’s bumper.

UP NEXT: Single-car qualifying at 8:05 p.m. ET Wednesday.