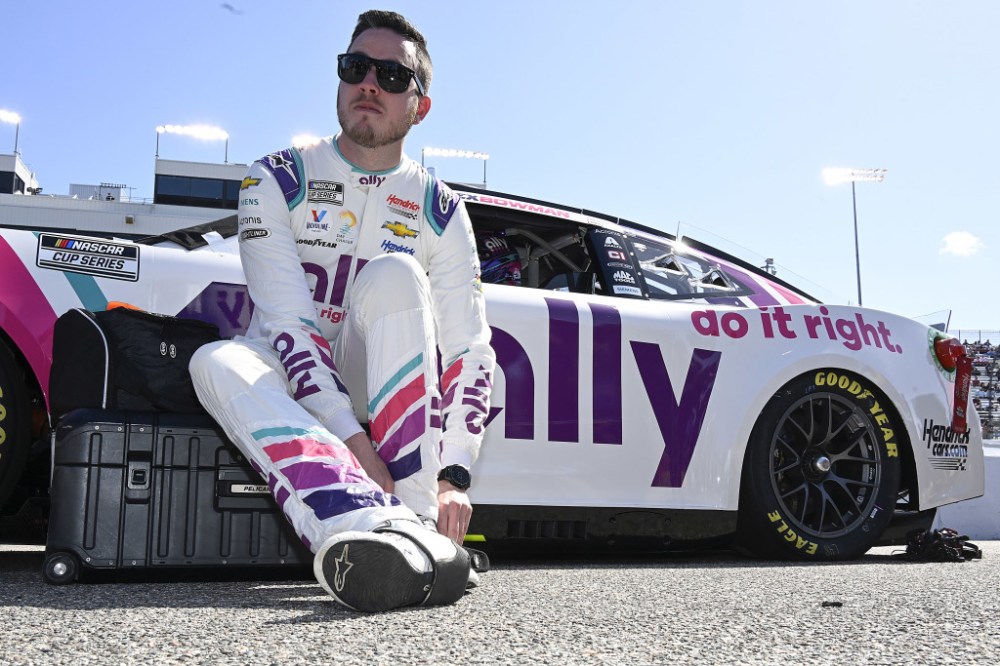 NASCAR Cup Series teams will have completed one-quarter of a long season this weekend with the second running of the Bristol dirt race. Teams and drivers have a pretty good idea of where they stand after two months, given how they’ve gone to battle on every type of racetrack.

Among those was the Las Vegas intermediate, which was won by Alex Bowman and the No. 48 team. It’s the only race Bowman has led laps thus far, but while the numbers don’t reflect dominance, the driver has seen plenty of potential from the group Greg Ives-led group.

“I think we’ve had opportunities to win here and there,” Bowman said earlier this week while unveiling his Mark Martin-inspired Darlington weekend throwback paint scheme. “COTA, we were obviously good all day; I think if we don’t get stage points that first stage, we could probably win that race. We were definitely fast enough. Martinsville was a struggle. It’s a place we’ve been good at for a really long time (and) I wasn’t expecting to go there and have zero tire fall-off.

“The lack of tire fall-off kind of takes what I look for there out the window. How we built our car was for long runs and for tire fall-off, and we didn’t get any fall-off and just struggled because of that. So that was frustrating.

“But we’ve had speed everywhere. Martinsville and Phoenix have really been our two worst races of the year, I would say, and we finished 14th and 12th. We’ve been pretty good each and every week — need to execute a little better, but I think things are going really well.”

Quiet confidence backed up by solid performances has become the M.O. of Bowman and crew chief Ives. Far from the flashiest team on the track or even one making the most noise during a race, a grind-it-out mentality has them in position at the end of the day.

Bowman has finished top 10 in three of the last four races (Atlanta through Martinsville). In the lead pack at the end of a wild card Atlanta race, Bowman finished 10th. He was a part of a frantic finish at COTA with Ross Chastain and AJ Allmendinger and had his Chevrolet out front for a few corners on the final lap before finishing second. Eighth at Richmond gave way to a tough night at Martinsville with a 12th-place effort.

Consistency in the finishing order is the priority for Bowman, and that will come with execution.

“We’re eight races in (with) I think four top 10s now,” he said. “Daytona, when a car lands on you and California, we had a mechanical failure, so that’s two that were kind of out of our control. Phoenix and Martinsville we just … Phoenix we ran top 10 and had the world’s slowest four-tire stop on the very last pit stop. That’s execution.

“Martinsville, we missed it. That’s execution. Richmond, we had a better car than where we finished, but, yeah, I think we’re doing well.”

Bowman is sixth in points going into Bristol Motor Speedway (Sunday, 7 p.m. ET, Fox). After eight races a year ago, he was 17thin the standings.

“We’re probably more consistent than we were last year,” said Bowman. “Last year, we’d win and then go finish 21st, so we’ve squeaked 21st up to 14th, it seems like. Hopefully, we can continue to go in the right direction.”