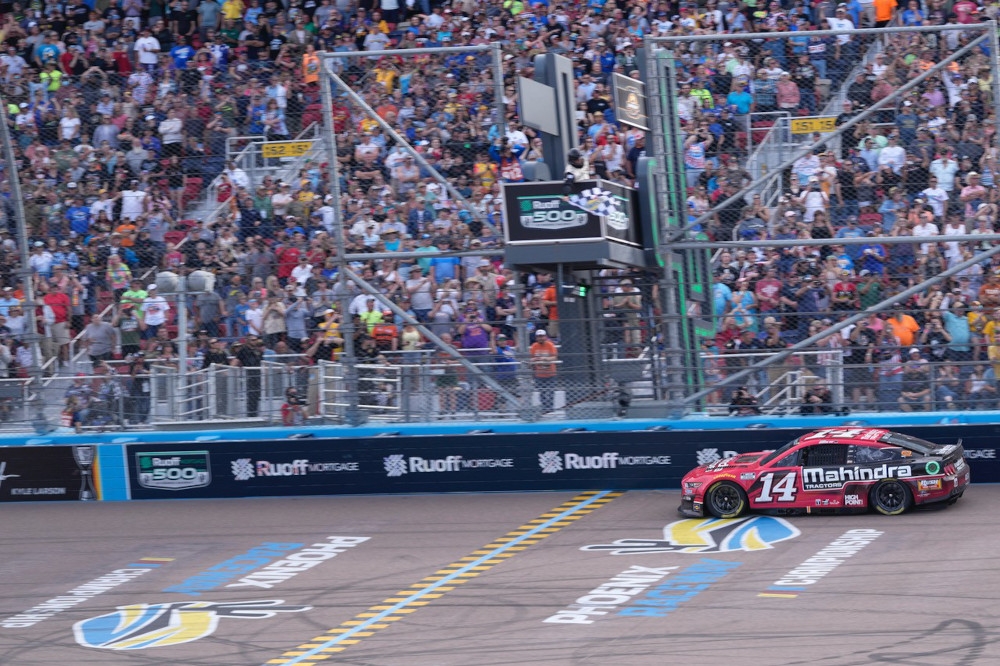 Chase Briscoe became the newest winner in the NASCAR Cup Series after surviving a late-race restart Sunday at Phoenix Raceway.

Briscoe held off Ross Chastain and Tyler Reddick on the final restart with three laps to go. Kept in the race lead by his pit crew when brought down pit road under the final caution with nine laps to go, Briscoe cleared the field in Turns 1 and 2 and drove to his first win with Stewart-Haas Racing.

“That’s unbelievable,” said Briscoe. “I was crying the whole last lap. This is definitely a team win. I’ve got to thank everyone that has gotten me to this point. Seven years ago, I was sleeping on couching, ready to give up. They gave me an opportunity and it’s led to this. So blessed to be driving at the organization, the team, the car that was my hero growing up.

“To get this 14 back in victory lane, to do it with Mahindra Tractors, their first year in the sport, everybody that’s believed in me. It’s unbelievable.”

Briscoe led three times for 101 laps. He controlled much of the final stage, leading 82 of the last 83 laps. The one lap Briscoe didn’t lead (Blaney did) was only due to where his pit stall was on pit road as the field pitted under caution with 27 laps to go. But he came off pit road first on that stop and the final one of the day.

Blaney started from the pole and led the most laps, 143. But a slow pit stop under the lap 221 caution when the lug nut fell out of the gun put Blaney behind and he never fully recovered.

The final caution was for a spin by Chase Elliott on the backstretch. Elliott finished 11th and led 50 laps.

There were 14 lead changes among six drivers and eight caution flags in the Ruoff Mortgage 500.

“Those restarts, we were sliding, everything else,” said Briscoe. “I hope the race fans enjoyed the race. It was unbelievable from my point..Definitely special and one that’s going to be remembered forever.”