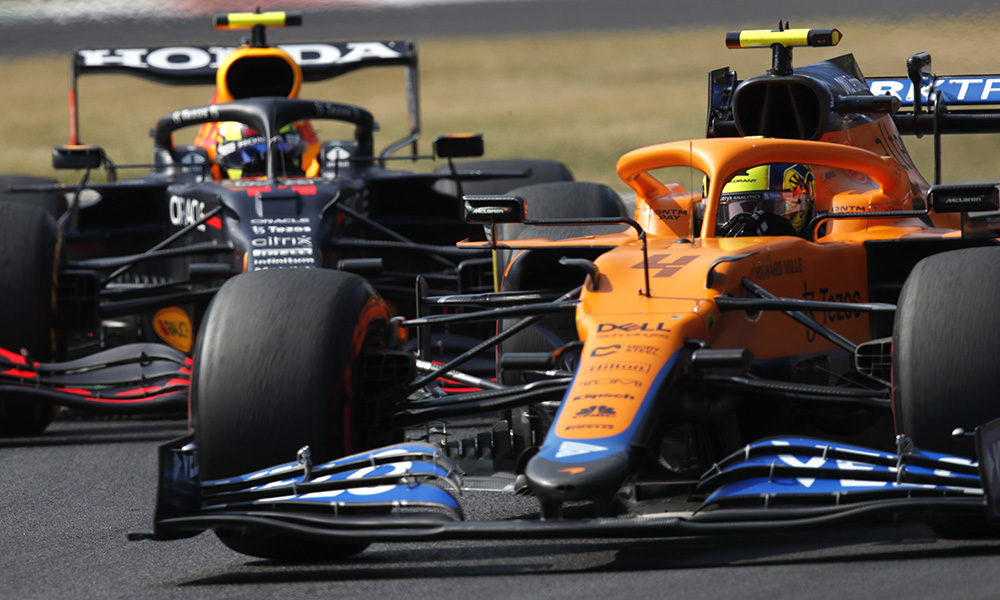 McLaren Racing CEO Zak Brown says his team has had conversations with Audi over a potential Volkswagen Group entry in Formula 1, and believes Porsche will also join in partnership with Red Bull.

The VW Group has been linked with a move into F1 on a number of occasions and representatives from both brands are known to have been taking a keen interest in the discussions regarding future power unit regulations. Those rules are set to come into play in 2026, and Brown believes at least one of the two iconic names are likely to enter but that McLaren is in no rush to decide on its own future.

“I’m hearing they’re going to do something with Red Bull on the Porsche front,” Brown said. “I think they’ve spoken with a handful of people on the grid, and as you imagine we have conversations, but in the short-term and medium-term we’re very happy with where we are.

“So, we’re going to just wait and see are they going to enter the sport – because I don’t think that’s been definitively decided – and then if they do, we have a contract through this term. Naturally, we’re going to evaluate where we are and who’s in the sport and take a decision on 2026 in due course.”

McLaren only started working with Mercedes again at the start of last season following spells with Honda and Renault, with the announcement at the time stating it would be a partnership until “at least the 2024 season”.

RACER understands initial talks have been held between Porsche and Red Bull, and Brown’s comments come following Honda’s withdrawal from Formula 1, as Christian Horner’s team takes over the Japanese manufacturer’s IP under its new power unit company Red Bull Powertrains. That could provide a ready-made entity for a future manufacturer to purchase as part of a new entry, although at this stage the new regulations have yet to be finalized.