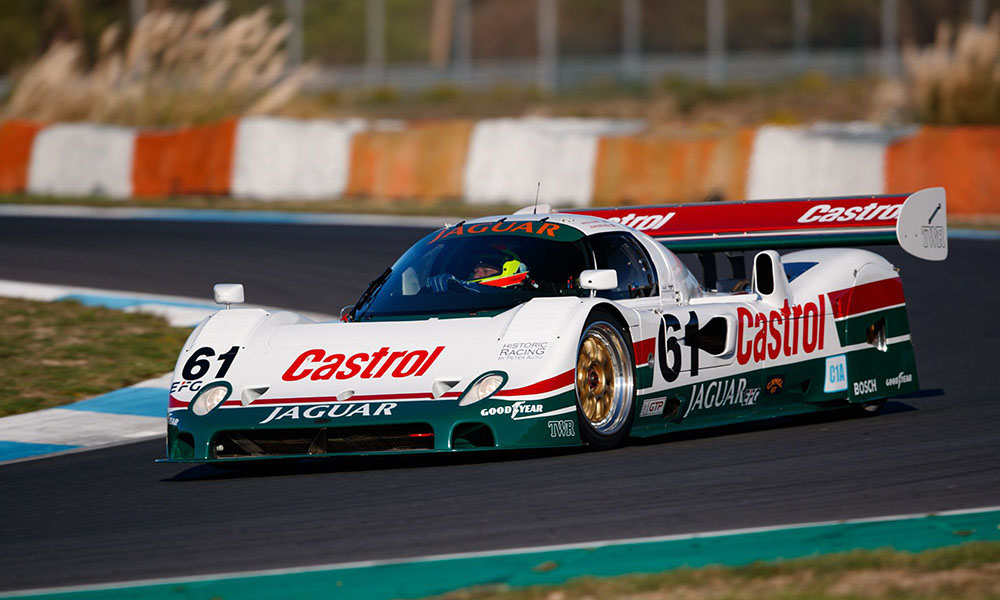 The best sounds to come from next week’s Acura Grand Prix at Long Beach won’t be produced by the headlining NTT IndyCar Series or IMSA’s WeatherTech SportsCar Championship. The Historic Motor Sports Association’s assembly of vintage IMSA GTP and Group C machinery have that aspect of the event covered with some the fastest and most intense prototypes in recent history being readied for action.

Mazda Motorsports has three of its Le Mans racers committed to the twin HMSA races on Saturday, April 9, with shrieking four-rotor 767 from 1989, 787 from 1990, and the RX-792P from 1992 with pro racer Tom Long onboard combining to produce flame-spitting audio delight.

McLaren Racing CEO Zak Brown, a renowned vintage racer and race car collector, will strap into his 1989 TWR Jaguar XJR-10 with its angry twin-turbo V6 powerplant, and recently retired Porsche factory driver Patrick Long is scheduled to pilot a 1988 Porsche 962. A 1986 Porsche 962 and a 1979 Porsche 935 are also on the entry list to represent the German manufacturer.

Although the sounds of the four-rotor Mazdas will be impossible to miss, the HMSA class will also have another best-of-its-era sound to offer with a 1984 Group 44 Jaguar XJR-5 and its glorious V12 powerplant singing between the buildings and barriers.

A product of All American Racers in nearby Santa Ana, an all-conquering 1991 AAR Eagle Mk III with its feisty four-cylinder turbo mill will add another audio texture, and rounding things off in the 10-car class, a 1987 Buick V6-powered Spice GTP Lights car will give some of the bigger prototypes a hard time around the 2.0-mile circuit.