Veteran racing photographer Michael Levitt captured an amazing sequence of images from IMSA’s WeatherTech SportsCar Championship race at Long Beach where an errant lug nut from the Corvette Racing team ruined the day for its rivals at Pfaff Motorsports.

Shooting from the island that separates pit lane from the front straight on Shoreline Drive, Levitt positioned himself to capture the No. 9 Pfaff Porsche 911 GT3 R as the GTD Pro entry pitted to perform its lone stop during the brief 100-minute contest.

The factory Corvette team was of the same mind in terms of timing, and despite being two pit boxes behind the Pfaff team, the tire change on the No. 3 Corvette C8.R produced a wild outcome as the removal of a wheel nut on the Corvette went awry and send the sharp metal object flying through the air and over the back of the No. 9 Porsche while it was being serviced.

With the considerable force applied to removing the wheel nut by a wheel gun that spins its socket at nearly 15,000 rpm, the Corvette’s lost component turned into a race-ending projectile fired from more than 20 feet away.

“What can I say, it was one of the weirdest DNFs of my racing career thus far,” Pfaff Porsche factory driver Matt Campbell said after the race.

For its unintended mistake, the Corvette team was penalized by IMSA and the No. 3 C8.R was called back for a slow drive down pit lane. 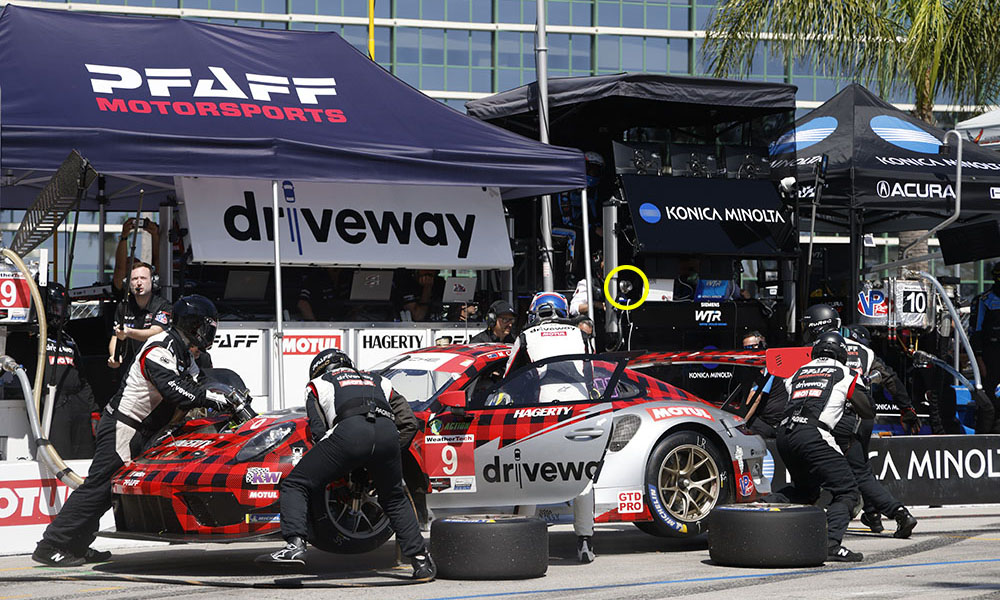 The lug nut makes its first appearance in a remarkable arc just above the Pfaff Porsche’s roof. 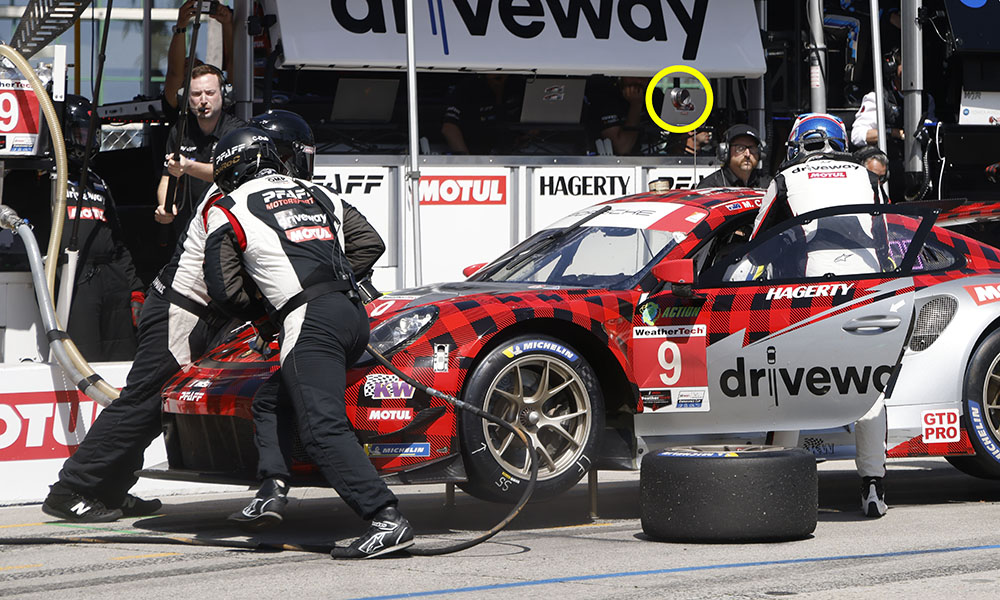 Clearing all of the crew and drivers, the nut starts to fall as it approaches the windshield and hood. 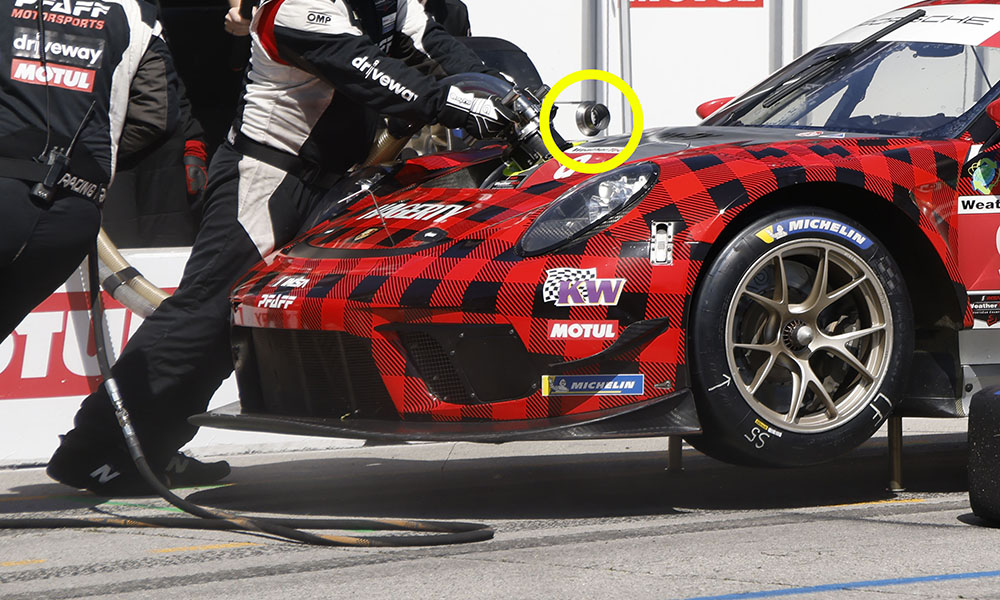 Next, the nut zeroes in on the fueling probe. 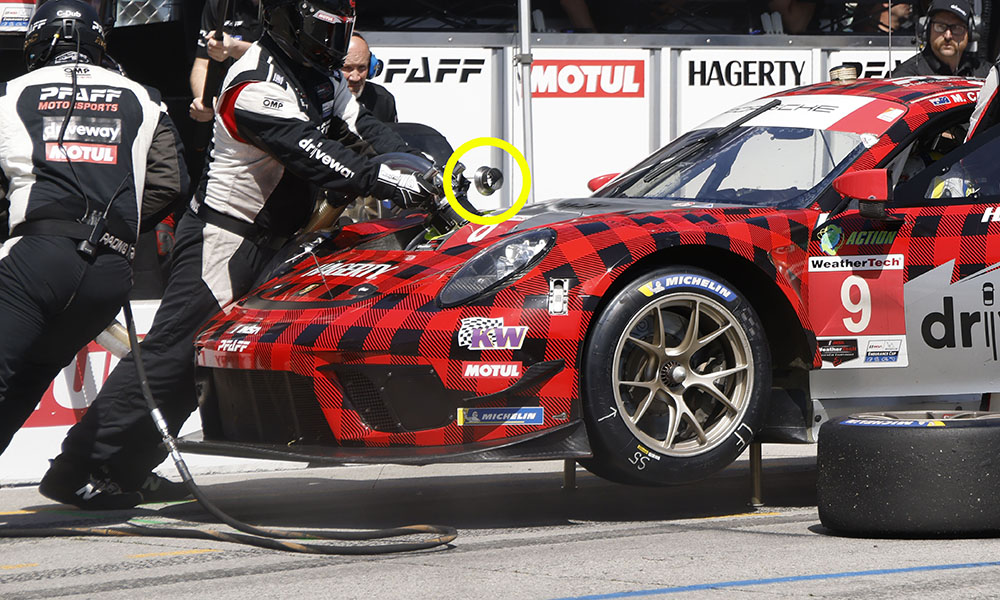 The nut appears to hit and bounce off of the fueling probe. 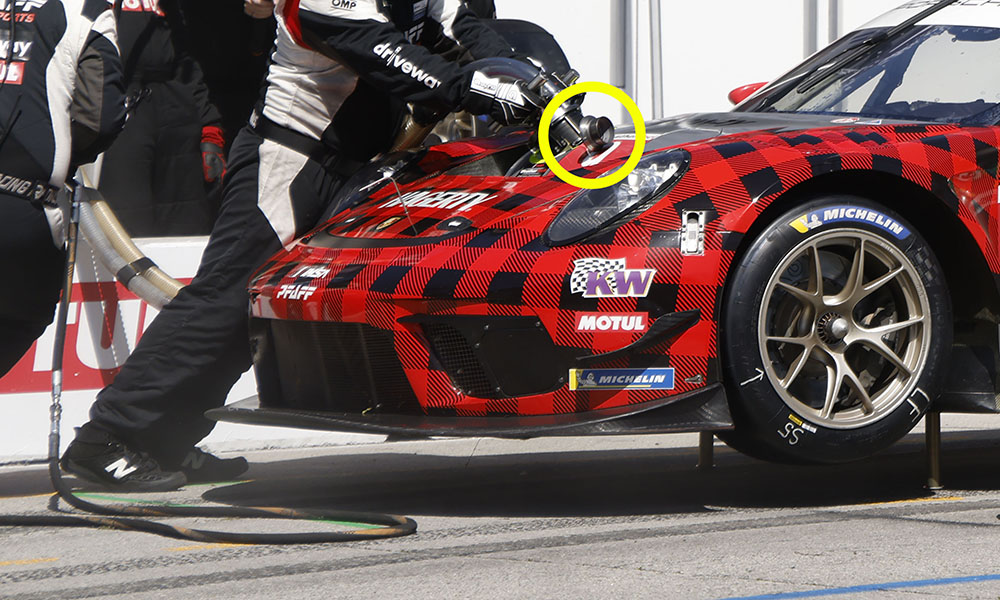 Redirected from the right-front section of the Porsche after hitting the probe, the wheel nut veers towards the left and ventures down into the radiator exit ducting. 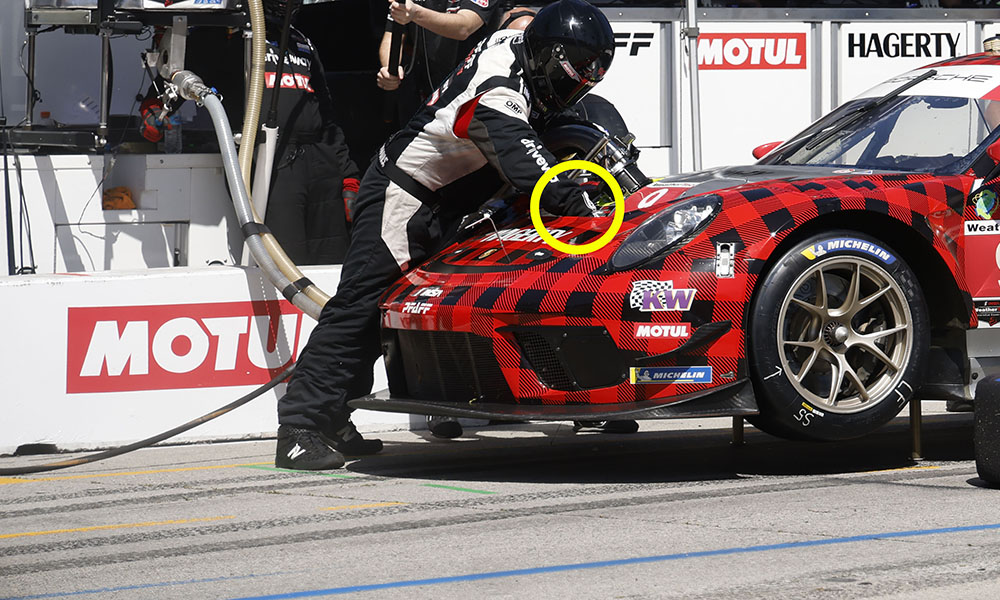 Pfaff’s fueler spots the wheel nut and reaches into the radiator duct to remove the undesired Corvette object. 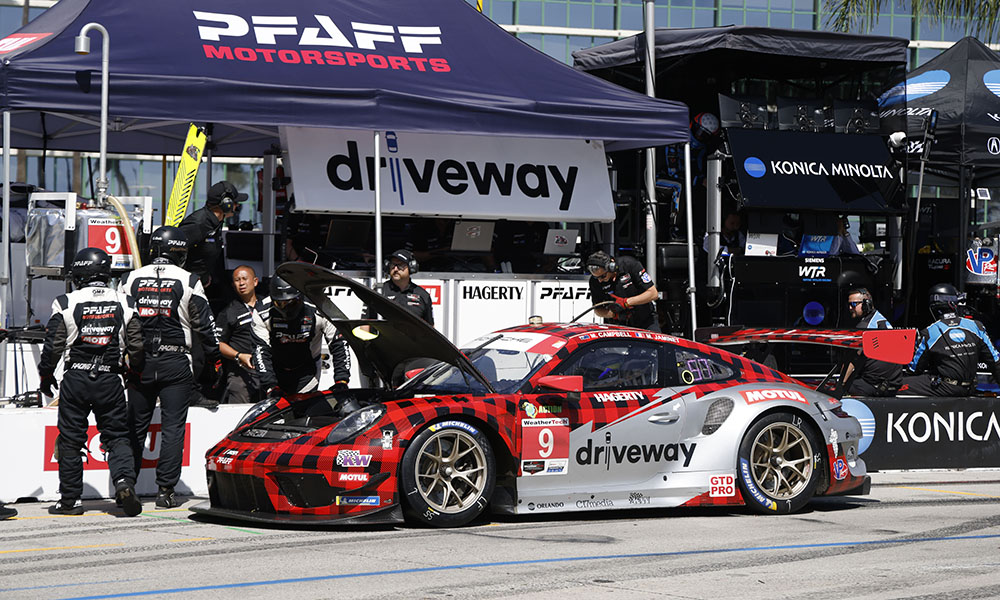 A problem is immediately spotted as hot and high-pressure coolant begins leaking from the Porsche’s radiator. Game over for Matt Campbell and Mathieu Jaminet in the No. 9. 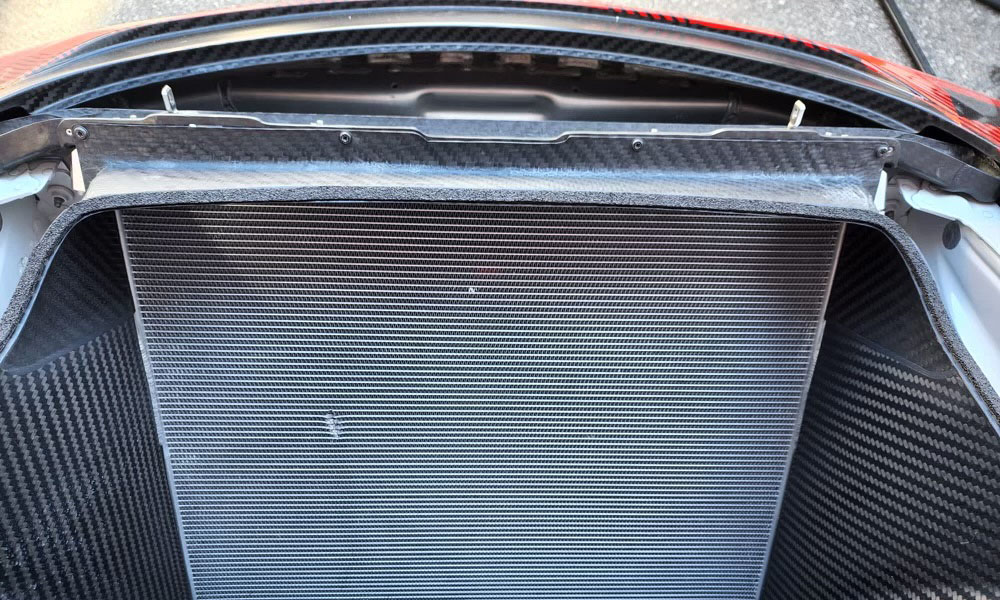 The Corvette’s wheel nut didn’t slice through the Porsche’s radiator, but it did make a solid impact. 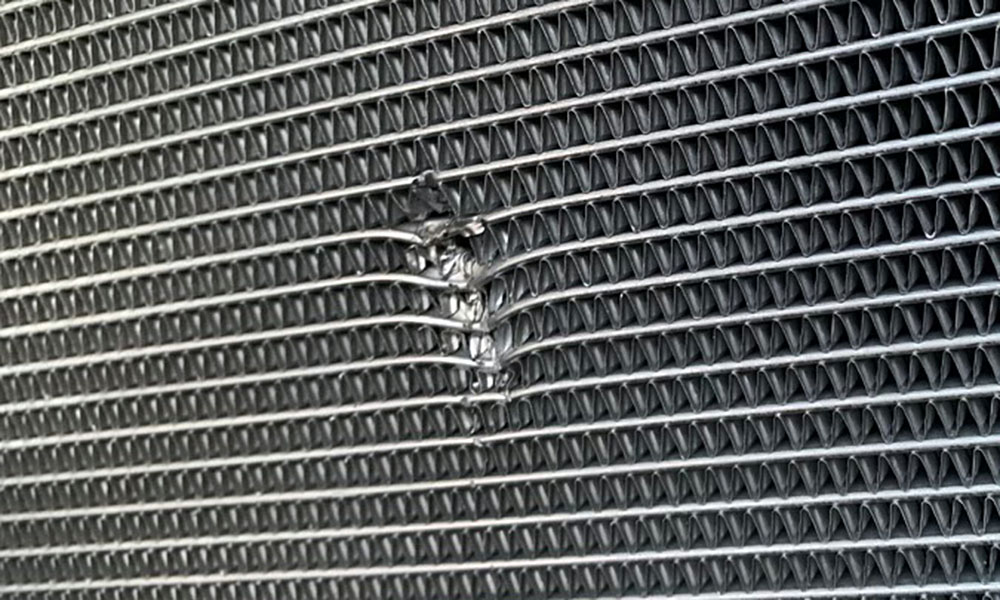 With the broken radiator vanes, the Porsche was withdrawn. The No. 9 was credited with fifth in GTD Pro while the No. 3 Corvette recovered to take third in class.