Caution or chaos at Coliseum Clash? 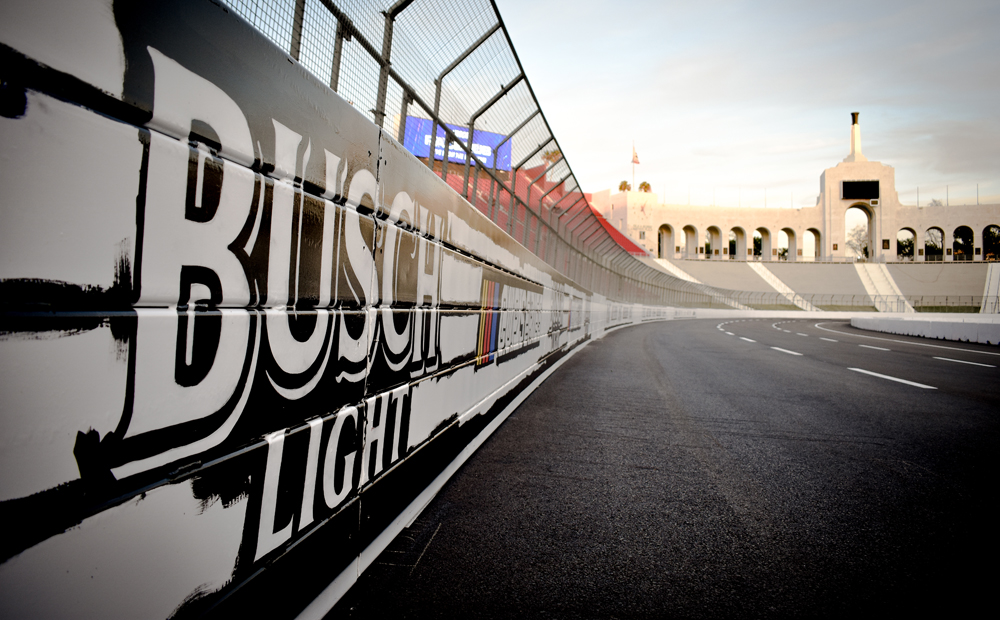 For all the hype around what could happen Sunday night as 23 drivers descend on a purpose-built quarter-mile track inside the L.A. Coliseum, Corey LaJoie believes something is being overlooked.

“Sometimes we don’t show it (but) we are all professional race car drivers,” said the Spire Motorsports driver. “I think what you see on a quarter-mile bullring on a Saturday night isn’t quite the product you are going to see here … With the consideration that everybody’s pretty lean on equipment and cars right now, I don’t think you are going to see really bonehead moves or aggressive moves besides maybe some rubbing and gauging for a transfer spot.

“But you’re not going to see people wiping each other out, I don’t think. I could be wrong, but I have seen races at Bowman Gray (stadium track in N.C.) go green to checkered with no cautions. I think people are overlooking the potential that we could see very minimal amount of cautions. I think it will be a good durability test for these Next Gen cars, for sure.”

Considering its size and the fact this is a one-of-a-kind event, the expectation is for bent fenders and hurt feelings. The words “carnage” and “chaos” have been used. During a “NASCAR Race Hub” show earlier this week, Fox Sports analysts Jamie McMurray and Adam Alexander stood on the track for a preview segment during which McMurray hinted at potential contact because no driver will want to be the leader on the last lap going into Turn 3.

The Busch Light Clash was created to be different and exciting. The exact amount spent to put on the event is unknown, but Steve O’Donnell, NASCAR executive vice president and chief racing development officer, said it was “significantly more” than $1 million. According to O’Donnell, the sport made a big bet on pulling it off successfully.

As NASCAR looks to cash in on a big market with an eye toward similar events in the future, drivers are thrust into unfamiliar territory in a brand-new race car. Such unknowns leave some admitting they don’t know what to expect.

“Thinking about it, I’m not sure I’ve raced a stock car on a track this small, and obviously we’ve never raced the Next Gen car, so it’s going to be interesting,” said Joe Gibbs Racing’s Martin Truex Jr.

Truex understands, however, the idea of doing something new and fun. There has been plenty of attention around the event since it was announced late last year through the highlights of building a track inside the famed stadium that houses the USC Trojans.

NASCAR said more than 70 percent of the ticket buyers for the Clash had not attended a race before. 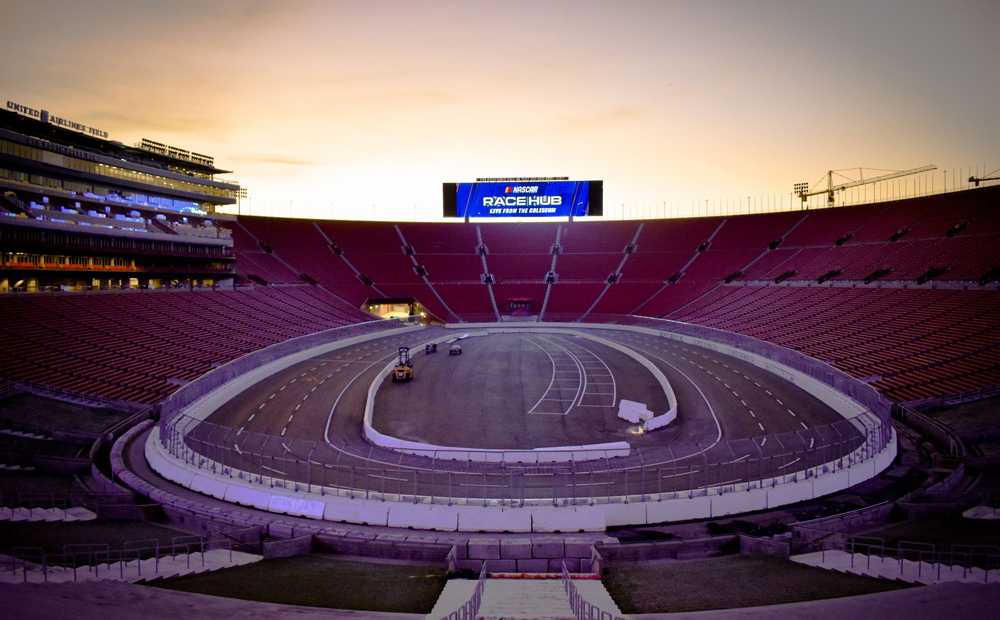 Team Penske veteran Joey Logano thinks it’s cool the sport is doing different things. But Logano also acknowledged that drivers would be put in a position of having to decide how to race because of the track.

“You look at the way they’ve designed this racetrack, not just the fact that it’s small but the way they put the curbing on the bottom,” said Logano. “It just seems like it opens the door for more contact and sliding it down in there, so we’ll have to wait and see. There are going to be moments. There are transfers that they’re going to do what they’ve got to do to get into the feature, and you’ve got no points on the line. I think it just kind of depends.

“Just because there are no points on the line doesn’t mean that grudges don’t get carried over to the next race, either. It’s a tricky place to be. I don’t have the answer for you, but we are put in this spot a lot.”

The watchword for the Clash is “entertainment.” It starts with the format, which will see heat races, and only 23 drivers make the Sunday night show. NASCAR is also bringing in live entertainment with Pitbull and Ice Cube concerts, with the latter performing during a halftime break. There is also going to be a live DJ during caution periods.

William Byron is fine with how the L.A. Coliseum race is being presented.

“The fact that it’s an exhibition race opens up a lot of things to try,” said the Hendrick Motorsports driver. “I definitely commend NASCAR for doing some of the things with the platform and the format and all of that stuff. So, I think it’s great. Yeah, I would feel a little different about it if it was a points race, but I think it’s great to have events like this when it is really about the fans and trying to put on a good race and hopefully, pride for the teams to try to win.

“We want to put our best foot forward and try to win on Sunday because that sets the tone for the rest of the year, so it’s important to us. But it is a little different event because it’s a non-points race. I’m looking forward to it.”