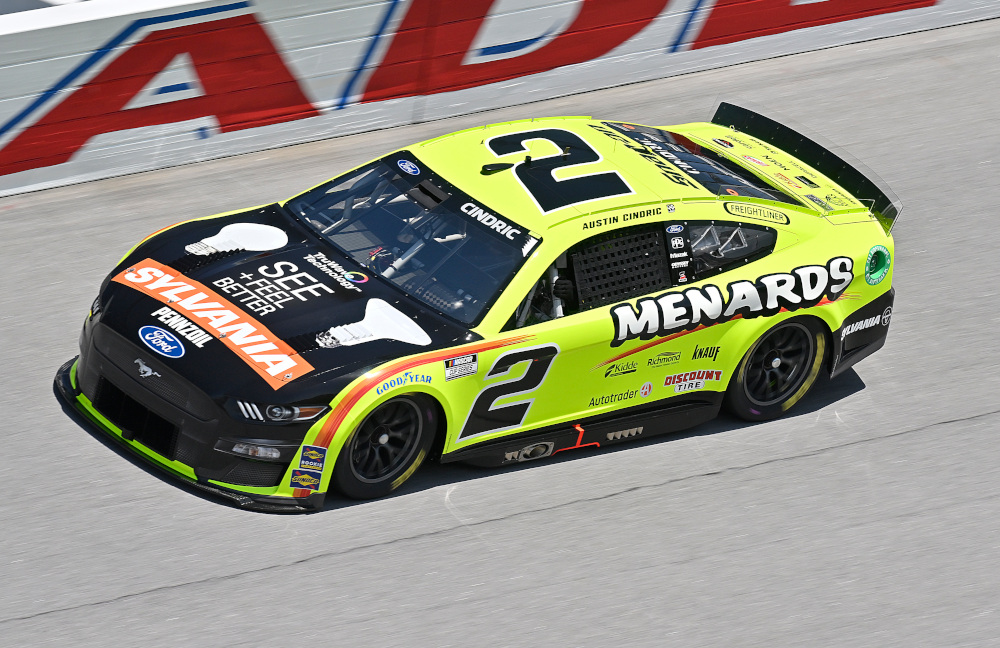 Austin Cindric was the only driver who left happy the last time the NASCAR Cup Series ran on a superspeedway.

In February, the Team Penske rookie was the surprise victor of the Daytona 500. Cindric led 21 laps, missed all the carnage and made moves like a veteran to be at the front when it mattered. The winning pass came on lap 194 of 201.

Sunday, drivers play a high-speed chess game again, but this time at Talladega Superspeedway. It will be the first time Cindric has run a Cup Series race at Talladega. Given what he accomplished a few months ago, Cindric hopes he showed himself well enough to earn the field’s respect to be a drafting ally.

“I would like to hope there’s some of that,” Cindric said. “I stayed at the front the entire race and played a role most of the race. I would say you’d have a hard time looking at that race and saying that I walked into that one. So, from that standpoint, I look forward to superspeedway racing and building that reputation because I have a lot of new competitors that don’t know me very well.

“I’d say that’s a good place to start but that doesn’t mean I’m expecting anyone to stay in line behind me and help me do anything. They just know they can probably trust me a little better or count on me for influencing a lane. Otherwise, I’m excited to continue that learning process and continue to build.”

Ford has 15 drivers in the field (Sunday, 3 p.m. ET, Fox) and the manufacturer has been one of the most organized on the superspeedways. Expect to see teamwork again in the GEICO 500, but even manufacturer teammates need to know whom to keep close in the draft.

“It absolutely comes into play, but it’s just having that trust,” Cindric said. “It’s important to know the guys you’re racing against. I’ve obviously raced with Chase Briscoe quite a lot and I know what his tendencies are working as a competitor and as a teammate.

“It’s the same for a lot of these guys in the field. Look at Brad and Joey . Obviously, they’re not teammates — we are Fords — but those guys know each other probably more than anybody else.”

Cindric hopes his fellow Cup Series drivers know him well enough and will look past the bright yellow rookie stripe after his Daytona feat.