Custer counting the positives as SHR continues its rebound 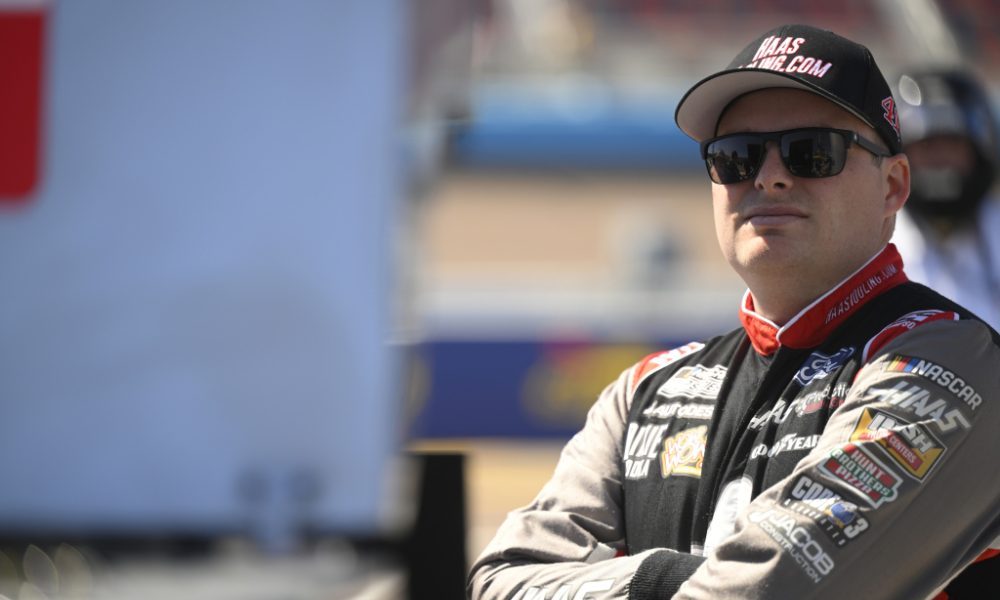 Cole Custer’s result was far from what his car was capable of last weekend at Martinsville Speedway, but his performance through the first two stages was a huge confidence boost going forward.

“Obviously none of us had the year that we wanted last year, so this was the year we all wanted to come back and rebound,” Custer told RACER. “Everybody in that shop was looking forward to just getting to this year to have a fresh start and have something that we can bounce back the right way. So, everyone has done a really good job of getting speed in the cars.

“It was nice being able to run up front like that and show people what we can do. As long as we can clean some things up, I think we can be right in the mix every weekend.”

Custer ran in the top five at Martinsville through the first 185 laps. He might have stayed there had it not been for an uncontrolled tire penalty that sent Custer to the rear as the last car on the lead lap in 22nd place.

On a night when passing was hard to come by, no matter how fast the car, Custer made up little ground. He finished 21st.

It was a missed opportunity for Custer and his No.41 team. One that couldn’t help but hurt.

“Throughout the race, you could see nobody could pass that well, so the second we had that uncontrolled tire, I was like, ‘Oh man, I don’t know if we’re going to be able to get ourselves back up there.’ And we had a really good car,” Custer said. “It feels like, as you said, a missed opportunity. But at the same time, we talked after the race, if we keep having fast cars, things are going to keep falling into place.

“So, we can hang our head on a lot of positives, I think, from that race and just keep working at it and not focus too much on the bad things. We need to clean a few things up and keep having fast cars.”

Some of the areas of execution Custer feels have been out of the team’s control. There was a fuelling issue in Daytona and a motor issue in Las Vegas. At Atlanta, he was caught up in a wreck. The penalty at Martinsville was a team mistake, though.

In his third full year of Cup Series competition, the time is now for Custer to make a breakthrough. The ‘three-year rule’ is unscientific but often pointed to as a driver coming into the top-level and having a handle on things. Custer has previously remarked this is a year where things should be figured out, certainly when driving for a team like Stewart-Haas.

Custer admits to the pressure ramping up each year. As a rookie in 2020, he scored an impressive upset victory at Kentucky Speedway by running well and then making the right move at the end to overtake veterans Martin Truex Jr. and Kevin Harvick.

But Custer and company took a step back in 2021. He failed to win or make the playoffs, finishing 26th in the standings while earning fewer top-10 finishes.

“When you look at it, Gene Haas is here to win races and get trophies,” said Custer. “For us that’s the expectation, and when you have seasons like last year where we didn’t have many shots at all. We had a couple good races, but we didn’t have the year we wanted for sure. It was a struggle most weeks.

“This year we want to get back on track and get the temp back to winning races, and that’s what we’re here to do. We just need to keep trying to have fast cars, and if we can have some consistency in the top 10, the wins will come.”

Custer stays focused on doing the little things right to avoid making big mistakes. It’s part of a larger mental approach of do the job well and don’t let the series eat you up, because the Cup Series humbles you quickly, and being able to handle that goes a long way.

“The Cup Series, it’s no joke,” Custer said. “You get so low at some points because instead of running 10th or 15th on a bad day in Xfinity, you’re running 25th in the Cup Series. It’s really easy to get down and in a hole.

“If you put yourself in a bad mood or hole for too long, it turns into a slump. You have to make sure you have the confidence to keep yourself out of that.”

The next two races with the dirt on Bristol Motor Speedway and superspeedway racing at Talladega are wild cards to Custer. A much stronger team this time around has Custer looking for good days and then further ahead to more of what he and his team have shown recently.

“Those hopefully we get out of with solid finishes,” he said. “I think if you can come out of there with some top 10s, you’re going to find yourself pretty good points-wise. But then a place like Dover, I’m really looking forward to. That’s one I really have circled on the calendar.”