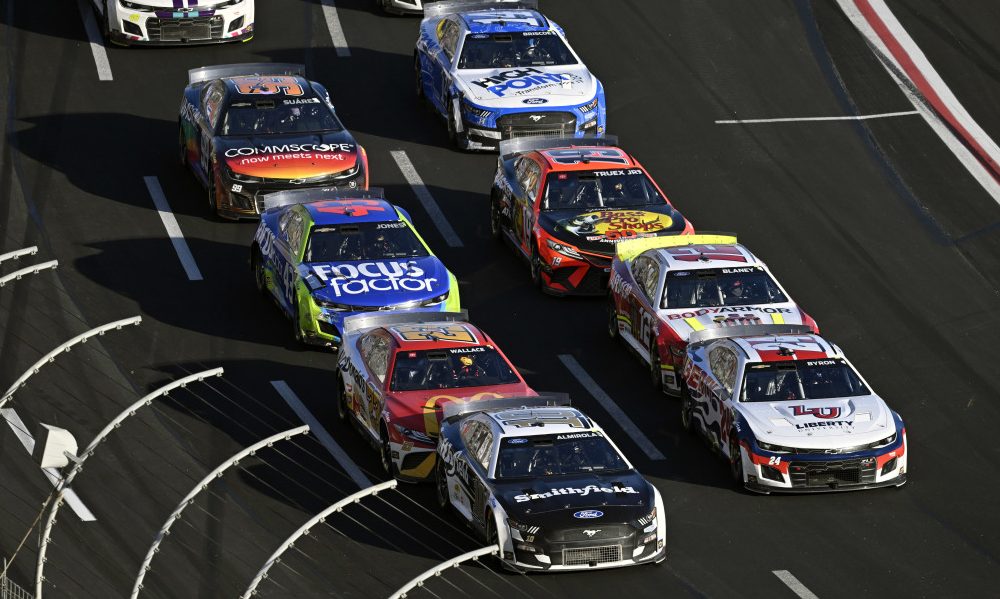 The expectation going into Sunday’s race was that the new Atlanta Motor Speedway would be another superspeedway race. Mission accomplished by Speedway Motorsports and NASCAR after what drivers said they experienced for 500 miles in the Folds of Honor QuikTrip 500.

“We did exactly what we set out to do today; we made Atlanta Motor Speedway like a superspeedway,” said Corey LaJoie, who finished fifth.

William Byron won the race by holding off Ross Chastain. The finish came down to momentum and drafting, Byron pulling away as Chastain lost his help from Christopher Bell. Bell went for a hole he thought was there on the last lap and was penalized for going below the double white line.

“It was crazy for sure,” Chase Elliott said after his sixth-place finish. “Hopefully, it was fun to watch because I felt like it was wild from my seat.

“It was very much so like a Daytona or Talladega. Just trying to position yourself there at the right spot and hope it goes your way.”

Racing in a pack resulted in 46 lead changes between 20 different drivers. But there were also big crashes and crashes collecting multiple cars like at a superspeedway. There were 11 cautions throughout the afternoon, including the competition caution.

“It’s a regular superspeedway,” said Joey Logano. “We just keep crashing. What did you expect? It’s the same stuff.

“I guess it’s OK, I don’t know. We survived (to finish ninth), but a lot of cars crashed today for sure. Just like we would expect. … It’s a different type of racing.”

Kurt Busch, who finished third, described the day as “pretty wild.” It was as much as Busch would offer on the racing and the track configuration.

Ross Chastain finished second and admitted he wasn’t upset by the racing and had fun. However, Chastain doesn’t want the industry to make changes to other tracks to replicate the same racing style.

“Let’s have it here and Daytona and Talladega,” Chastain said. “Let’s not go repave every mile-and-a-half in the country. Let’s not bring Kentucky back to life; let’s leave it 6 feet under. It’s done. We’re over (it). We’re never going back there.

“I feel like this can be its own thing, and people can get excited about that. But if you go for 28 degrees of banking at every mile-and-a-half, that’s not our future. I think Jim and Ben know that. I think the France family understands.

“Us competitors, we want to lift. We’ll do this a couple times (a year), and it’s great if we win; it’s not good if we crash. But let’s leave it Atlanta … it’s a cool place. Even if I would have been out when we blew that tire, I think I still would have had a positive memory of it.”