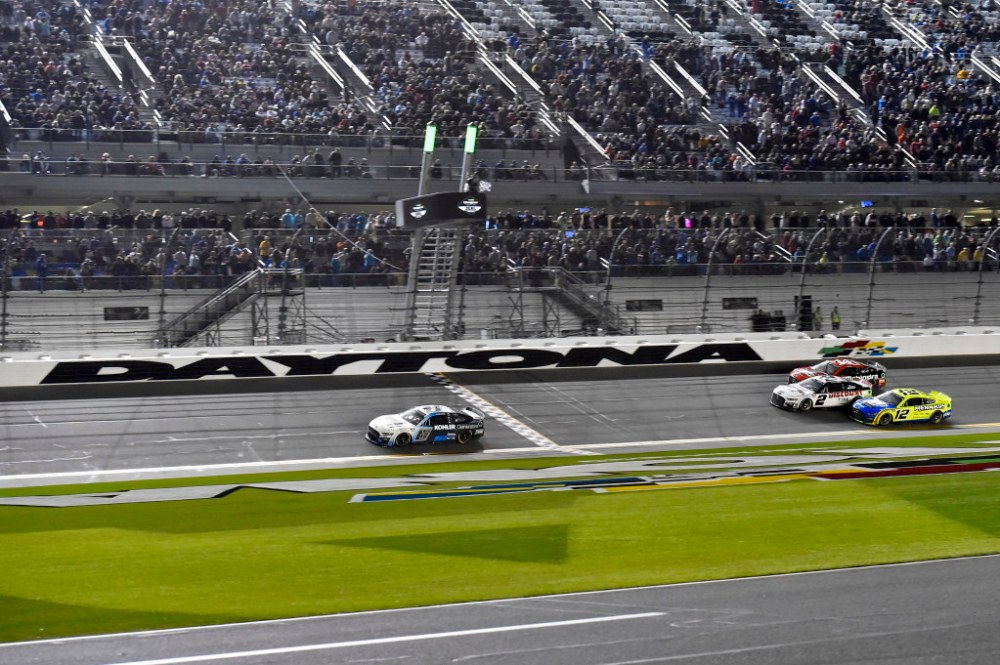 It should come as no surprise that Brad Keselowski said winning his Thursday night Duel race at Daytona International Speedway felt good. But it was also “so important” for the new-look RFK Racing organization.

“There are a lot of guys and gals on my team that have never won a race before,” Keselowski said. “The company hasn’t won a race in (four and a half) years now. That’s any kind of race. It’s really important to get that winning habit built up, and the only way you can really do that is to go win.

“That builds confidence in each other and builds expectations. Not just the expectations — that’s probably not the right word — it builds a reality that those expectations can happen. We had a really poor showing at the Clash, and we needed something to offset that, and this is a great offset for that.”

Keselowski and teammate Chris Buescher both failed to make the feature race at the L.A. Coliseum.

“I think I’ve got a really solid team,” Keselowski said. “Most of the team is from the 1 car last year, and they’re built on a really strong foundation.”

Keselowski told Edsel Ford and others from Ford Performance that “we were going to win races this year.” Keselowski is unsure if they believed him, but he was glad to validate that, even if it was a Duel race, right off the bat.

The pairing of Keselowski and Jack Roush was a win-win for both sides. Keselowski was ready for something different and to take the next step in his career with team ownership, while Roush’s organization was in desperate need of a reboot.

Roush has not won a point race since the summer of 2017 at Daytona with Ricky Stenhouse Jr. The last time the company had won a Duel race was in 2014 with Matt Kenseth. The last time Roush had a driver in the playoffs was in 2019.

But since his first day on the job, Keselowski has been bullish about the future and what the organization can build. It starts with leading by example with the right mindset.

“It’s setting the bar really high,” Keselowski said. “It’s having people that hold those same beliefs, surrounded them and then executing around them. It’s pushing in every way and every day and not accepting less than our maximum potential, and I think that’s what we saw today, was our maximum potential.

“There’s a really good group of people here. We’ve assembled a great team kind of in the dark, and now we get to show it.”

Capping off Thursday night was Chris Buescher making it a sweep with a win in the second Duel.

“Well, before our race even started, Brad put it over here and I was like, ‘All right, that is a statement right there,’” Buescher said. “The Clash did not go how we wanted. We learned a lot from it and went ahead and parked one in victory lane; and to be able to do it twice and be upfront the entire race and have the speed, I think that was a good showing for us.