Elliot having fun adapting to Next Gen car 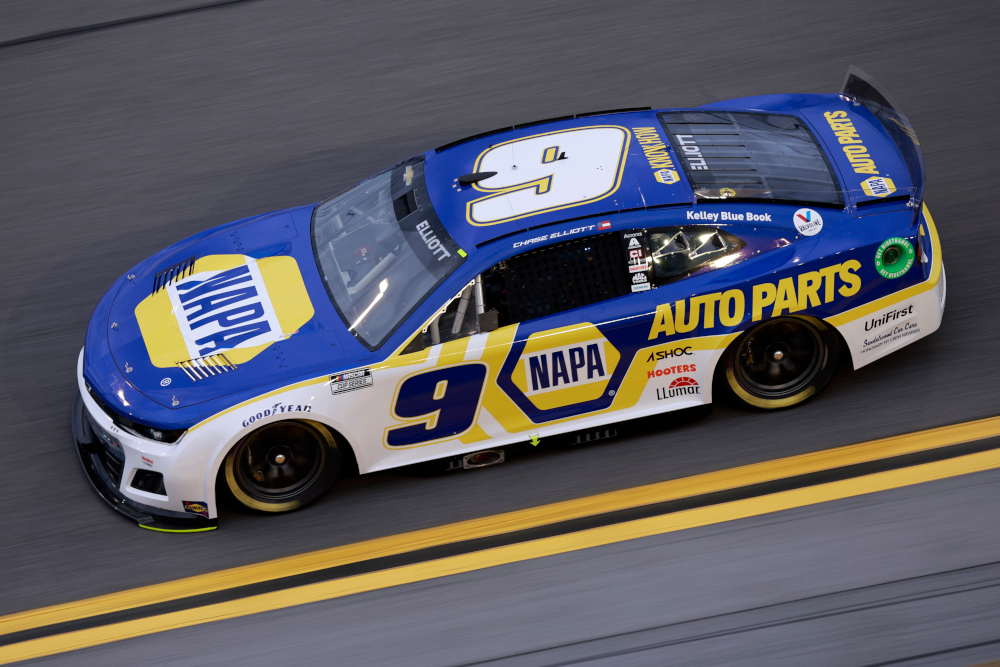 With the introduction of a completely new race car this year in the NASCAR Cup Series, everyone in the field is going through a learning curve. Chase Elliott is no different, but the 2020 champion takes that further by going through a car change for the first time in his career.

“There are probably a handful of guys in the field that went through the COT change and then as the car transitioned to…the last one, but for me personally, this is the first time I’ve kind of gone through that,” Elliott said Saturday at Atlanta Motor Speedway. “I’ve had fun with it, really, just because it is different. This thing does drive different. I feel like it is a little less forgiving than what we had last year. You’re not really going any faster, but it’s just less forgiving, which is interesting.

“Typically, with a lack of forgiveness comes extra speed, but that’s just not really the case with this car. It’s still very draggy, but there’s just not a lot of cushion to lean on with the right side from an aero standpoint. It’s just a different feel, but I think as you go through some of these changes, you really have to have an open mind.”

Elliott entered the Cup Series in 2015, the third year of the Generation 6 car. The only change Elliott has experienced since then is when Chevrolet went through a body design update from the Chevy SS to the Camaro ZL1 for the 2018 season.

Next Gen is nothing like its predecessor. Included in the extensive list of new parts and pieces is an independent rear suspension, rearview camera, sequential shifter, a sealed underbody and 18-inch wheels featuring a single center-locking lug. Drivers and teams are learning every week.

In its first intermediate race at Auto Club Speedway, drivers found the car harder to drive and easier to lose control of. Elliott is among those still searching for the right feel in his car from week to week.

“I felt like California was a pretty natural feel to me and that seemed to work OK to have pace,” he said. “Phoenix was kind of the same way. Vegas was not, and I think that’s just something that I have to really think about how I go back and find that sense of comfort and still go fast. You might have to adjust that as you go from these different tracks. So that’s been my experience so far, but it has been fine and been fun, and it’s been a challenge.”

Elliott has three top-11 finishes entering his home race at Atlanta (Sunday, 3 p.m. ET). But his assessment of the first month of racing is that the No. 9 team, which is third in points and has led 62 laps, hasn’t set the world on fire, although there are positives to build from.

“I look at California, I thought we were really solid there before I crashed the car the first time (on lap 39),” said Elliott. “I thought we were really good at Phoenix; in contention there for the majority of the day. We’ve had great pit stops, for the most part, all year. The pace has been there when we get the thing driving like I want at some of those tracks, too, which is good.

“It’s nice to go to a place like last week (at Phoenix). I thought was like a nice weekend builder to say we showed up, I was looking for a feel, and we were able to achieve that with the car, and then when we achieved that, we had that pace comparison to the rest of the competitors. When those things happen, it’s a good thing, and I feel like all the pieces to the puzzle had been there at different times, just not the end results. Certainly, no wins, so we want to be better and try to check those boxes.”