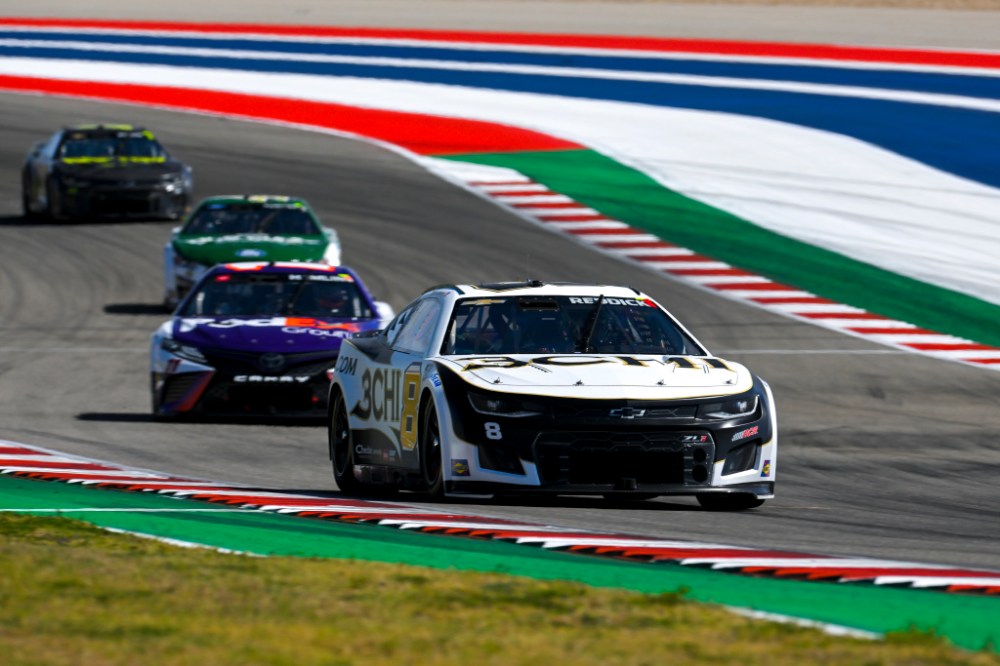 Tyler Reddick needed a better final restart at Circuit of The Americas to have a shot at holding off Ross Chastain and win the EchoPark Automotive Grand Prix.

The finish of the race went into overtime. Having just taken the lead from Chastain on the previous restart, Reddick was in control going for his first Cup Series win. But he didn’t make it cleanly through Turn 1, which opened the door for Chastain to power by through the esses.

“(I) just didn’t get a good launch off Turn 1 and just almost had the 1 car cleared but didn’t quite,” said Reddick, who faded to a fifth-place finish. “We were really on the loose side all day long, and that makes us pretty susceptible to getting aggressive at the end. So, was just easy to get moved around there, and that was kind of a problem I had all day.

“Just a little bit of pressure I had from anybody, and the back of this car was out of the track. It could get through the esses pretty good and could do a lot of things really well, but we just missed it in a little way where if we had to battle other cars in traffic, it was really easy hard to get the good launch off the corner and complete a pass or really battle hard. So, it was tough, but we’ll learn from it and go back to the simulator and go back to work.”

Sunday was a strong showing for Reddick and the No. 8 Richard Childress Racing team. While he only led two laps, Reddick was a contender all afternoon and held his own against Chastain, Chase Briscoe, A.J. Allmendinger and others. Reddick consistently sat inside the top five over the final 15 laps and had an impressive restart with 12 laps to go that took him from seventh to third.