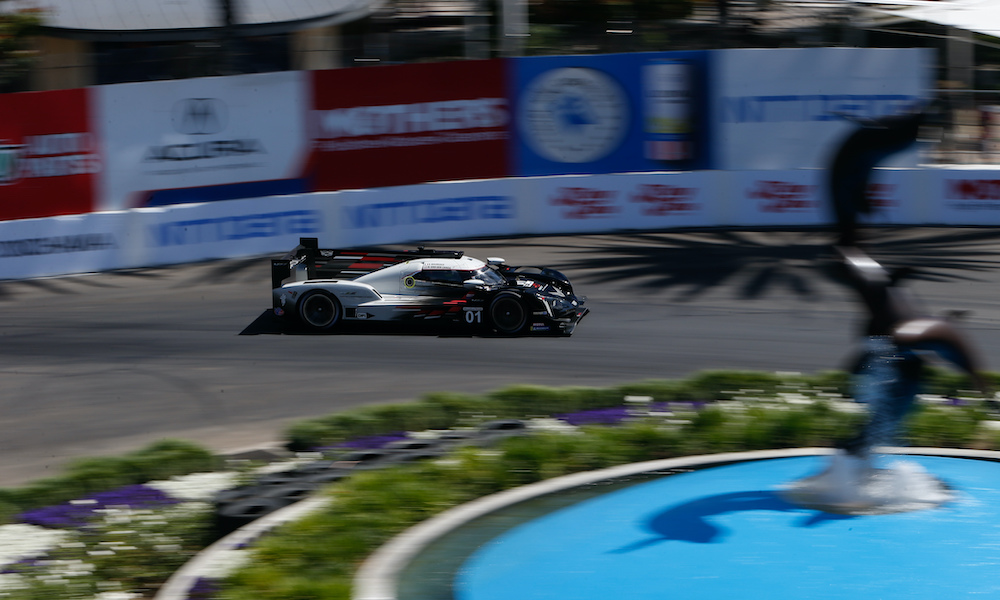 Chip Ganassi Racing’s IMSA WeatherTech SportsCar Championship team expanded from one to two cars for 2022, re-branding itself as Cadillac Racing in the process. And with the exception of Renger van der Zande, the driving squad is all new, with Sebastien Bourdais joining van der Zande in the 01 and Earl Bamber and Alex Lynn teaming up in the 02 DPi-V.R. Other changes included bringing Danielle Shepherd over from Alex Palou’s IndyCar team to engineer the 02. It may have looked rough in the beginning, but now it appears two cars was a good idea.

The 2022 edition of Chip Ganassi Racing got off to a rocky start, with both cars suffering mechanical issues in the night at the Rolex 24 at Daytona. Sebring looked bright when Sebastien Bourdais nabbed the pole, but the car had problems before even taking the green and finished last. The 02, though, went into the nighttime at Sebring looking strong, Lynn handing the car to closer Bamber in the lead. Bamber, however, in what is starting to look like a theme for CGR victories in 2022, made a couple of mistakes that meant he had to take the lead twice more before going onto victory with Lynn and Neel Jani, a last-minute substitution after Kevin Magnussen got called back to Haas F1.

On Saturday, CGR started one-two in Long Beach after Bourdais smashed the existing track record, and finished that way despite Bourdais nearly throwing it away early in the race. Bourdais, lapping a GTD car, couldn’t make the turn at the hairpin and nudged the wall, going from first to last in DPi with a 20-second deficit. In one of the Frenchman’s more inspired drives, he put the No. 01 Cadillac back in the lead before handing over to van der Zande, and CGR had a one-two finish, with Lynn and Bamber now heading the drivers’ championship. It’s early in the season, but it certainly looks like CGR has hit a stride and the expansion to two cars is paying off.

“I think it’s always a big benefit,” said van der Zande. “You saw it when Action Express had two cars, they could try different things on two cars, different driver needs, different setup changes. You can learn from that and sometimes you go in the wrong direction, but you learn something out of that anyway. That’s the good thing about having two cars. I think in the future everybody will be having two cars, so as long as we’re the only ones, we better enjoy it.”

Another benefit is that if one has a problem, there’s a second car to carry on, as Sebring illustrated. With the 01 pulling into the pits even before the green flag with a shifting issue and eventually finishing 44 laps down, there was another car to challenge for and achieve the victory.

Of course, CGR has benefited from bumpy Sebring and the Long Beach street circuit favoring the Cadillacs. But at Long Beach there were still two non-CGR Cadillacs in the field that never saw the front.

“It’s a BoP championship,” said van der Zande. “Obviously we had a very good BoP here, and I think for Laguna Seca it’s going to look the other way, where the Acura is going to be very good. So we have to win when the car is good on BoP. Hopefully we’ll damage-control there a little bit and go for maximum points. I just want to win races, man, and then automatically championships will come.”

Of course, somewhere around lap 6 at Long Beach, he had little hope that Saturday was going to be the 01’s day. Then what the Dutch racer termed “Angry Seb” kicked in and Bourdais tore through the field. But even as he was setting a new race lap record, even when he caught the tail end of the DPi field and began making passes, van der Zande had his doubts.

“When he took the lead … that was the only time [I thought it was possible,” van der Zande laughed. “Then I was like, ‘Wow, he really did that!’”