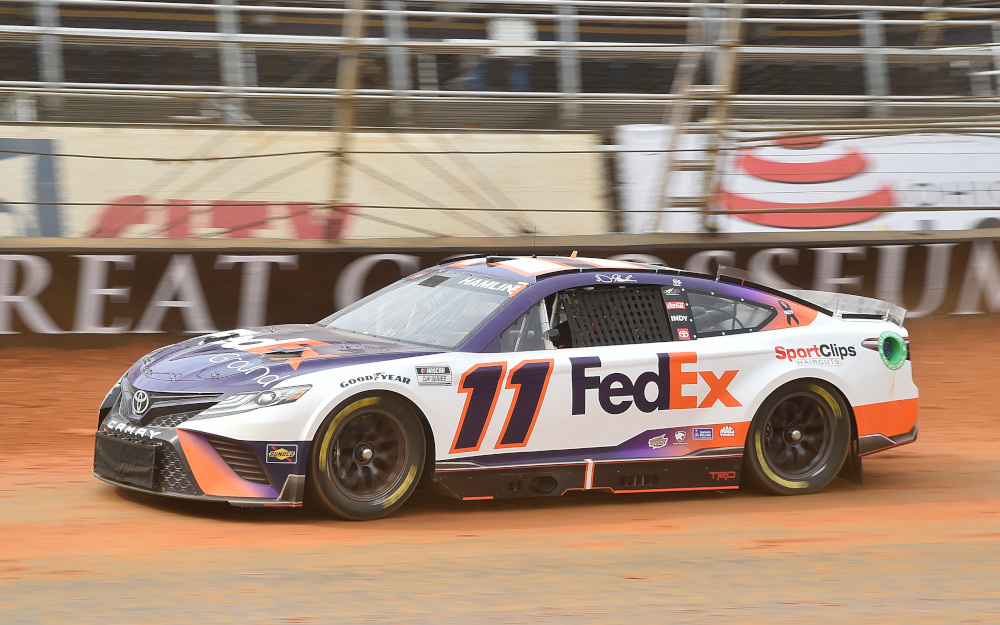 Denny Hamlin was fastest in another eventful practice session on the dirt at Bristol Motor Speedway (best lap of 20.017s at 87.924mph).

Hamlin’s Joe Gibbs Racing teammate Kyle Busch was second fastest at 87.091mph. Third was Todd Gilliland at 87.028mph, fourth was Tyler Reddick at 86.978mph, and Christopher Bell completed the top five at 86.927mph. Bell bounced off the wall in the final five minutes of practice.

Kyle Larson was sixth fastest at 86.873mph but also found the limits of running the top lane during the evening session.

Larson was exploring the high groove when the car got away from him. First the right rear of his Hendrick Motorsports Chevrolet hit the wall, followed by the right front. The incident ended his time on track as the No. 5 team went to work on the car after he reported his steering wheel was out of alignment.

Fellow Hendrick driver William Byron caught the wall a few minutes after his teammate. The contact also ended Bryon’s practice early and the No. 24 team will salvage parts from their spare car for repairs.

Ty Dillon spun six minutes into practice. Not long after, Chase Elliott went for his fourth spin of the day. Neither driver made contact with anything.

Midway through the session Justin Allgaier had a spin of his own. Allgaier is driving the No. 77 for Spire Motorsports this weekend and also came away unscathed.

UP NEXT: Cup Series qualifying races at 6 p.m. ET Saturday.