Harvick focusing on long game through grueling run out West 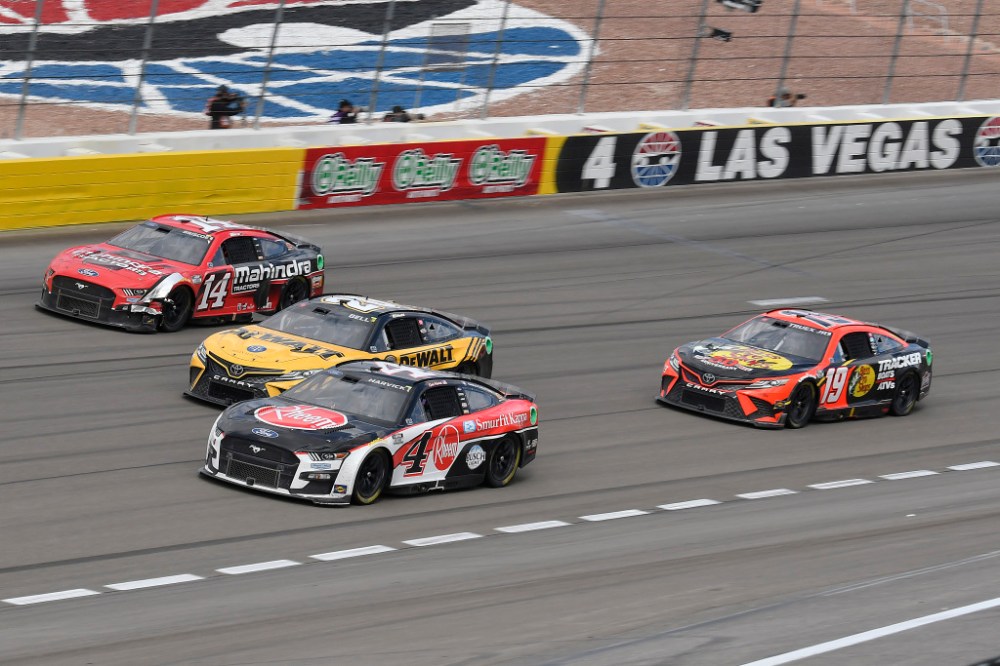 An arduous West Coast swing for NASCAR Cup Series teams ends with Sunday’s race at Phoenix Raceway. It’s a three-week stretch of back-and-forth travel, swapping out cars, and hoping no unexpected or stressful situations arise when it comes to needing additional parts and pieces or an entirely new Next Gen car.

“The situation is manageable because we have to manage it,” said Kevin Harvick of Stewart-Haas Racing.

Teams are slowly working toward putting together a complete fleet of cars. There has also been a lot of miles traveled already, with the L.A. Coliseum kicking things off in early February, followed by the Daytona 500 two weeks later and then the three Western races.

“These first five weeks of the season, including the Busch Light Clash at the Coliseum, we’ve had a mindset of survival,” Harvick continued. “We’re learning a lot about these race cars in regard to wear and tear on the parts and pieces, how to fix things, how well you can fix things and the tendencies of the car. I think finding the limits of the car and learning about the car from a driver’s standpoint, that’s why you’re seeing accidents.

“There’s just going to be mistakes because the pit stops are different, the way you shift these cars is different, they race different, so there are just a lot of things to learn. Keeping the cars together — and keeping yourself in a position to have solid finishes — is going to put you in position to where, if you can bring everything home and have made all the laps in the first four points races, you can come home and work on your cars and be in a good position to start the rest of the season on the East Coast.”

Harvick has completed 665 of 675 laps through the first three races. The No. 4 Stewart-Haas Racing team has one top-10 finish (seventh at Fontana) with one lap led, and Harvick sits 16th in the standings.

There is still work to do. One of the fastest drivers during the 2019 season, Harvick and his team did not have that dominant muscle last year. Early on this year, Harvick, as shown through loop data, has averaged a running position of 14th (Daytona), 20th (Fontana), and 12th (Las Vegas). Of the points available in six stages thus far, Harvick earned points in the second stage at Daytona and the second stage at Las Vegas.

The car is a striking new variable. No team seems to have yet found an advantage, and drivers are learning where the edge is in the driving style it takes to be successful with Next Gen. Even a veteran like Harvick is going through a learning curve.

“Our sport is unlike a lot of professional sports,” said Harvick. “A lot of professional sports depend on your body and speed and agility. Our sport puts a lot of value on experience, just because of the fact that in order to perform, you need common sense paired with street smarts so you can make decisions on the fly and, sometimes, just so you can survive. A lot of the things that we do, especially last year, we just survived — we’d grind away week after week and get solid finishes with cars that just weren’t as good as they needed to be. While we were trying to figure it out and make the cars better as we went through the year, we still had to race.

“And, just like last year, there are going to be weeks this year where the car is just not going to be very good, and you have to figure it out and grind it out. Those things just come with time. You can bang your fist on the table and say, ‘We need to do this!’ and end up causing more commotion. It’s definitely more of a working relationship with Rodney and the team to hone in on exactly what we need to do to make the car better.”