How the No.24 team went from zero to hero at Atlanta 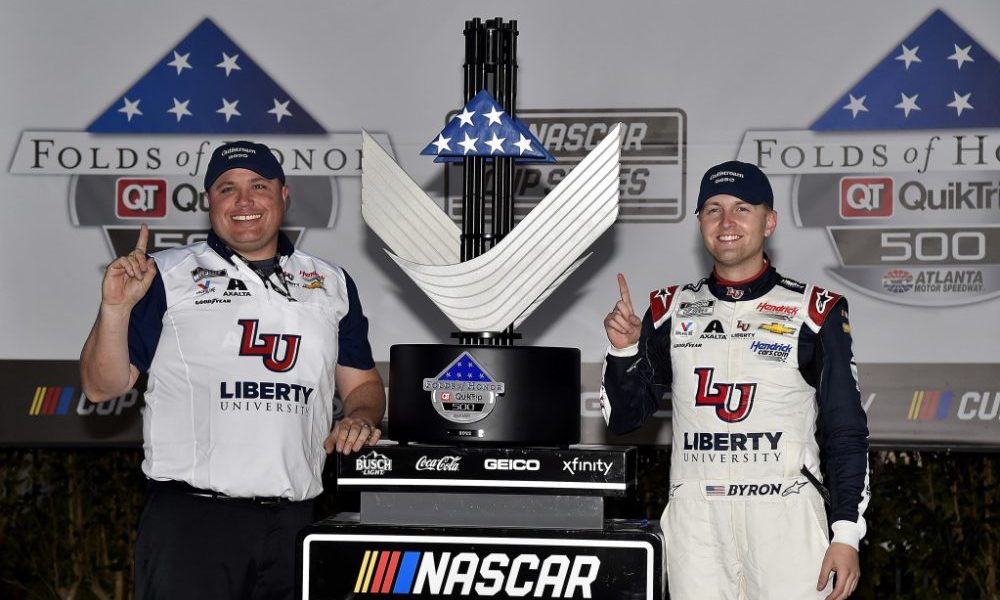 William Byron and the No. 24 team had a Sunday that all competitors hope for at Atlanta Motor Speedway.

But it wasn’t as easy as it might have looked. After Byron took the checkered flag in the Folds of Honor QuikTrip 500. Communication over the team radio praised the hard work and long overnight hours it took to get to victory lane. The lone 50-minute practice Saturday had not gone well and led to changing course with the race car.

“For the first time this year, we were off in practice,” crew chief Rudy Fugle said. “Just had some wrong philosophies, wrong setup items, and the way practice was we were just trying to get laps so William could get comfortable.

“But we really needed to work on the car more but needed to make a plan. So, once we got out of here and got back to the hotel, our engineers at the shop and here, we worked until 9, had some dinner, and then there was emails going out until midnight coming up with a plan. Came up with a good plan.

“We used a lot of the No.9’s stuff to help guide us and then made some decisions otherwise. And then we gave that to the guys to come in this morning, and they got an hour and a half to pretty much rebuild the race car.

“They did a phenomenal getting the car built, getting through tech and put a race car on track capable of winning and not dominating, but being really, really fast.”

Byron won the first stage and led a race-high 111 laps. Taking the lead for the final time on lap 316, Byron led the final 10 laps and held off challenges from the likes of Ross Chastain and Bubba Wallace, among others.

Atlanta was a challenge for drivers and teams with its new reconfiguration. Drivers went through the experience of having to pack race at an intermediate racetrack while teams tried to figure out the best way to approach that with the car.

Fugle said his team approached Atlanta with a blend in superspeedway and intermediate car setup and philosophy.

“A lot of superspeedway thoughts and then some Michigan, some Texas repave,” Fugle said. “And this car is still brand-new, so there’s a ton we’re learning that you’re trying to apply. We missed it on a couple of things, but it didn’t take much to get it where we needed it to be.”