‘I tried throwing a slider, and it was the wrong move’ - Briscoe 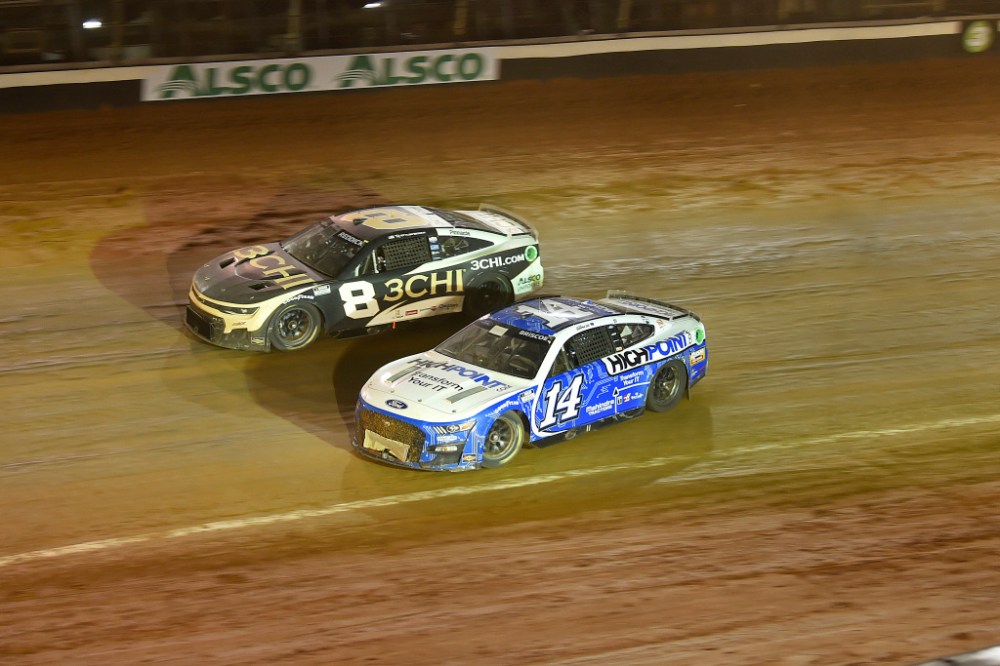 Chase Briscoe went for it in the final corner Sunday night on the dirt at Bristol Motor Speedway and admittedly made the wrong move.

Briscoe spun on the entry to Turn 3 when diving underneath Tyler Reddick and spun up the track into the Richard Childress Racing driver. The move and subsequent contact sent both drivers spinning, opening the door for Kyle Busch to win the race. Reddick, who was looking for his first career win, salvaged a second-place finish while Briscoe finished 22nd.

“I was just trying to win the race,” Briscoe said. “I ran him down so fast, and I knew it was going to be hard with lap traffic, so I tried throwing a slider, and it was the wrong move.”

After getting second place from Busch, Briscoe spent the final 18 laps trying to hunt down Reddick. It went back and forth where Briscoe could close to appear ready to challenge for the lead before Reddick stretched the gap back out.

“I was trying stuff kind of behind him, so if I did get there, I kind of had an idea of what could work,” Briscoe said. “My middle line that I was running down here kind of went away, so I knew the only way I was going to pass him was to throw a slider, and it’s so hard when it’s that fast around the top.

“If (I) would have entered on the fence, I think I maybe would have got there, but when he went in right beside me, there was no chance I was going make that work, and that’s where I started spinning out in the first place.”

Briscoe said he felt terrible about taking Reddick out and that it wasn’t his intention to do that to win the race. Before walking down pit road to apologize, Briscoe said he would “deserve what I get” from Reddick.

“If he punched me, he punches me,” Briscoe said. “I get it. I think it was just a racing deal, and we’ll see what he says.”

The conversation was friendly when Briscoe arrived at Reddick’s car. Reddick felt no ill-will toward Briscoe and admitted he would have made the same move. Reddick also put it on himself or allowed Briscoe to erase his lead in the final few laps.

“He got it,” Briscoe said after their conversation. “Obviously, Tyler and I have raced enough with each other. Both of us know we’re not going to wreck each other or do something stupid on purpose, and that was just a racing deal. We were both going for a win. Both of us dirt guys.

“There’s a lot of pride in being the guy that wins the dirt race and it’s unfortunate. I hate that neither of us won, but I think Tyler understood, and he was really cool about it and said he would have tried the exact same thing. He said it was his fault for letting me even get there in the first place.”