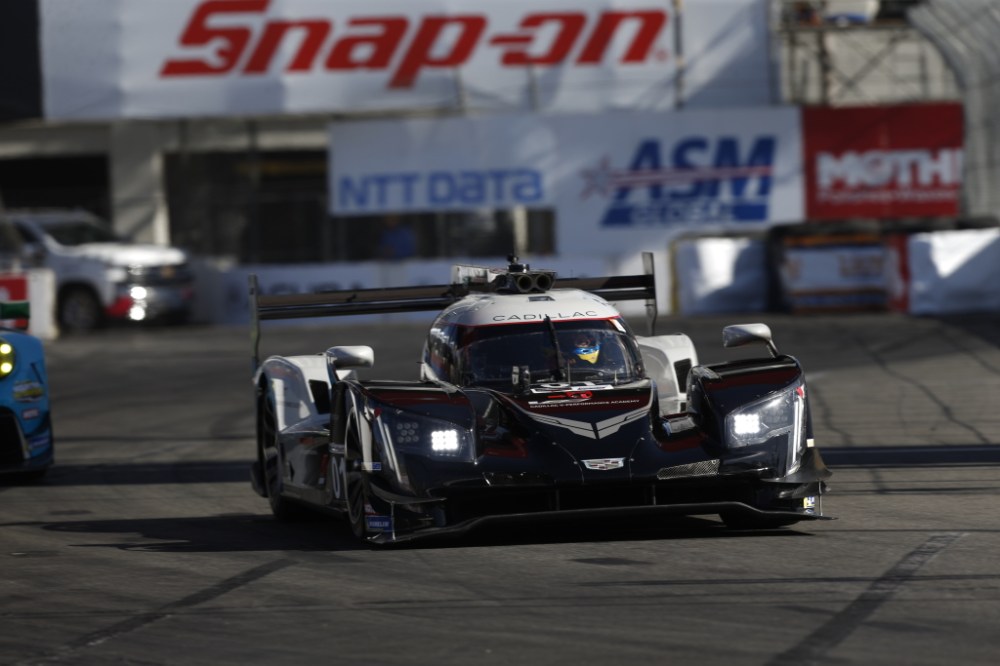 BMWs starting on the backfoot The two BMW M4 GT3s that lost their best laps in yesterday’s qualifying following post-race technical inspection each exceeded the IMSA-mandated engine speed limit of 7,000rpm on three laps. The No. 25 BMW M Team RLL BMW M4 GT3 and the Turner Motorsports No. 96 both lost their best laps and will start farther back than they initially qualified. The No. 25 will start almost dead last in the field, sixth among the GTD PRO cars, while the No. 96 will start eighth in GTD, 18th overall. There is no official explanation from either BMW or IMSA as to what conditions led to cars from two different teams having the issue, except a suggestion that IMSA’s specified maximum speed may differ from the car’s FIA homologation. The No. 1 Paul Miller Racing BMW that qualified on the GTD pole was not affected.

Getting it Done Early The 100-minute race is traditionally done on a single stop for the DPi cars with at least one full-course caution on the tight street circuit. Without the yellow the teams say they can’t go flat out, making only a single stop for fuel. Polesitter Sebastien Bourdais says, ideally, that caution comes early and only then will the teams know where they stand. If it doesn’t come quickly, the drivers must go into fuel conservation mode. That aside, Bourdais is obviously happy with his starting position before he hands the No. 01 over to Renger van Der Zande. “When you have a hundred-minute race that’s basically a one-stopper and an almost complete inability to pass unless you get caught in traffic and make a mistake or something really bad happens, is obviously quite important. So yeah, we’ve teed ourselves up for the best possible situation and scenario, but there’s 100 minutes of racing still to go,” he said.

Korthoff Duo Have A Strong Start Korthoff Motorsports — for the first two races of the season known as Gilbert Korthoff Motorsports — has had a fantastic start to 2022, hitting the podium at Daytona and Sebring and leading the GTD points. Mike Skeen will start the No. 32 Mercedes-AMG GT second in GTD today before handing the car over to Stevan McAleer, making his first visit to the streets of Long Beach. “This race is interesting for us because whatever happens today, we still come out as the overall championship leaders,” McAleer said. “This is toward sprint points. That doesn’t mean we don’t want a trophy and to fight for the podium. And you know, Mike did a great job yesterday. In all honesty, he has had a little pace on me this weekend. But it’s my first time at Long Beach — My goal is to get faster and keep the car off the walls. Easier said than done but I’m certainly not going to hand people positions. I’m here to win the races as well as Mike and, if we’re somewhere in the mix at the end, I expect it to be exciting.”

The duo hope to put on a good show for team owner Herb Korthoff, who recently fell ill and is recovering in the hospital.

A Sense of History Work stopped in the IMSA paddock for a few minutes this morning as crews, holding phones high to record some video, flocked to the fence for the historic GTP cars running in practice. The field included a variety of GTP and Group C machinery from the 1980s and ’90s, including a couple of Porsche 962s, an Eagle Toyota MKIII, a Jaguar XJR-10 and a Mazda RX-792P.

Television The 100-minute race — the third of the season for the IMSA WeatherTech SportsCar Championship and the first sprint race — will air on USA Network. The green flag is scheduled to fly at 5:05 p.m. Eastern, 2:05 p.m. local time. Commentary will also be carried on IMSA Radio.