INTERVIEW: Stenhouse on the Battle of Los Angeles 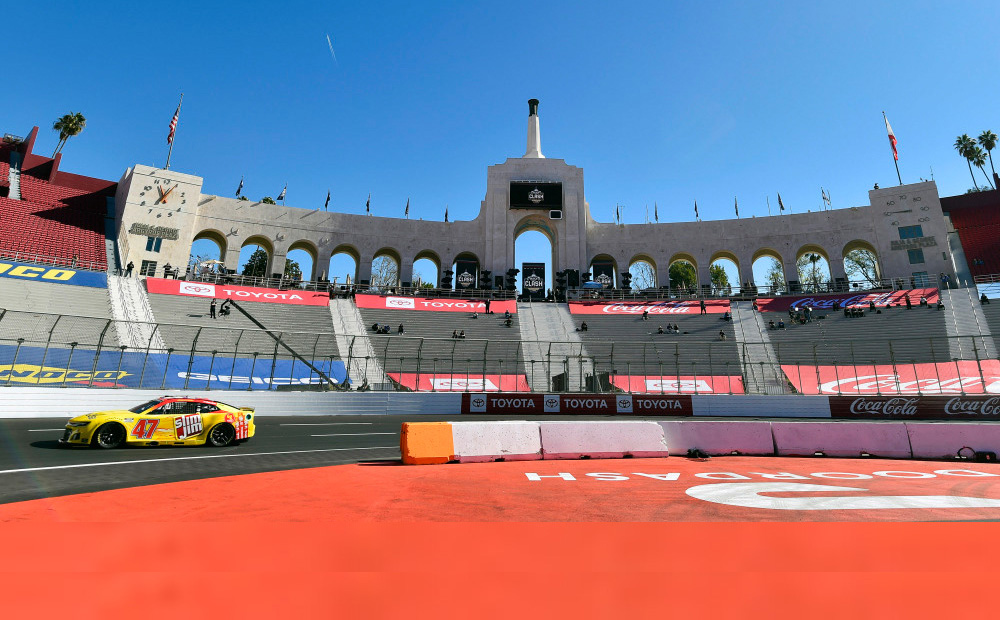 Sunday night’s Busch Light Clash will be something of an anomaly for NASCAR when it runs on a quarter-mile racetrack graced with 2.5-degree turns. “It’s like flying jet fighters in a gymnasium,” Dick Trickle once proclaimed of NASCAR short track racing, and that’s very much like what reality will be like tomorrow night when the stars of the NASCAR Cup Series cross swords in a venue which opened for worldwide sporting business in 1932 by hosting the Olympic Games.

In their new Next Gen cars, NASCAR’s elite Cup drivers will open up the 2022 racing season on one of the most creative racing circuits the sport has ever seen. After climbing out of his No. 47 JTG Daugherty Racing Food 4 Less/Slim Jim Camaro ZL1 at the conclusion of practice, Ricky Stenhouse Jr. had some interesting things to say about it all…

What a sight it was out there, Ricky! What do you think of it?

Yeah, man, it’s really kind of cool! It’s a lot different than I thought it was going to be. I definitely had some simulator team beforehand. I felt good on that. It’s been kind of crazy because a lot of the adjustments that we’ve made, we started out here in a pretty similar way to how we were at the simulator. That’s cool. We still have some things to work on. I felt like we were good, smooth and consistent. We need to learn how to bust off a little bit faster lap, but the times are so tight. But we were out there and passing cars and I felt like it’s going to race pretty good. The fans are definitely going to love it. It’s going to be a really good race, I think.

It’s pretty cool. We’re running in second gear and we’ve got five gears, so we’re leaving it in second and just rolling with that, but the surface is super-smooth. The surface has more grip than I thought it was going to be. Normally, with newer paved racetracks it takes a while to get grip built into them, but I feel like they dd a really good job here and everything seems to be OK right now. You’re definitely going to want to be on the bottom here; we’re kind of short-cutting the corners as much as we can. The bottom groove is definitely the fastest, but I think you’ll see some good two-by-two, side-by-side racing. I have to say that it’s just cool driving down through the tunnel here at the Coliseum and driving out into the stadium. I could see the big pillars down there at the other end. It’s a cool scene being here.

Does the rear of the car want to break traction? Are you put in a position to be really delicate with throttle control?

You definitely do. The biggest thing with that is the way the rear grips, I actually tried to release the brake and roll corner speed as fast as I can. That’s where I’m losing my rear grip. My drive-off on throttle is still pretty good, but you’re definitely easing into the throttle. You’re not jumping right back into it, so we’ve still got some work to do on our rear grip. 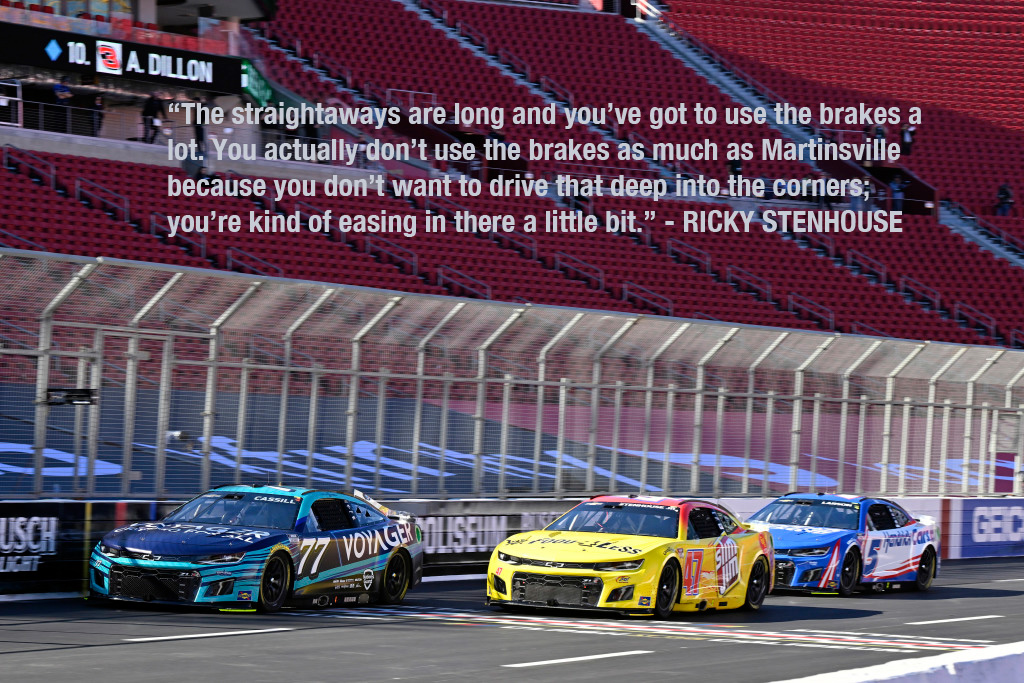 Does this Coliseum tack remind you of anything you have raced on before?

How was it with other cars around you? Is it claustrophobic?

It actually feels like you have more room that I thought we would have! We’ve had 12 cars out on the racetrack at a time and it felt pretty good with all of it. Qualifying is going to be important here and will help when it comes time for the heat races. But cars have definitely been making passes and there is definitely room for opportunity to move up through the field.

Man, you sound real pumped on everything!

I am. I think probably everybody is pretty excited about being here. It’s just a totally different atmosphere than what we’re used to. Driving down into the track is really neat. I’ve been looking around at the seats everywhere and knowing that they’re going to be filled up tomorrow and knowing that we’ve been out on the track and made passes has been excellent. It hasn’t been hard to pass here and it hasn’t been follow-the-leader — I guess you could say it has been pretty racy. I think everybody is happy about that.

What’s the feeling among the other drivers?

We all walked the track this morning and everybody was anxious to get out there and see what it was going to be like. I haven’t talked to many after practice yet. That was a super-fast practice session that we ran. I’m sure everybody will get together between now and qualifying and talk about it all.

It is. It’s something that NASCAR has never done before. They’ve done a really good job building the track and they’ve put a lot of money and effort into it, so now it’s our turn to go out and make sure we put on a good show.