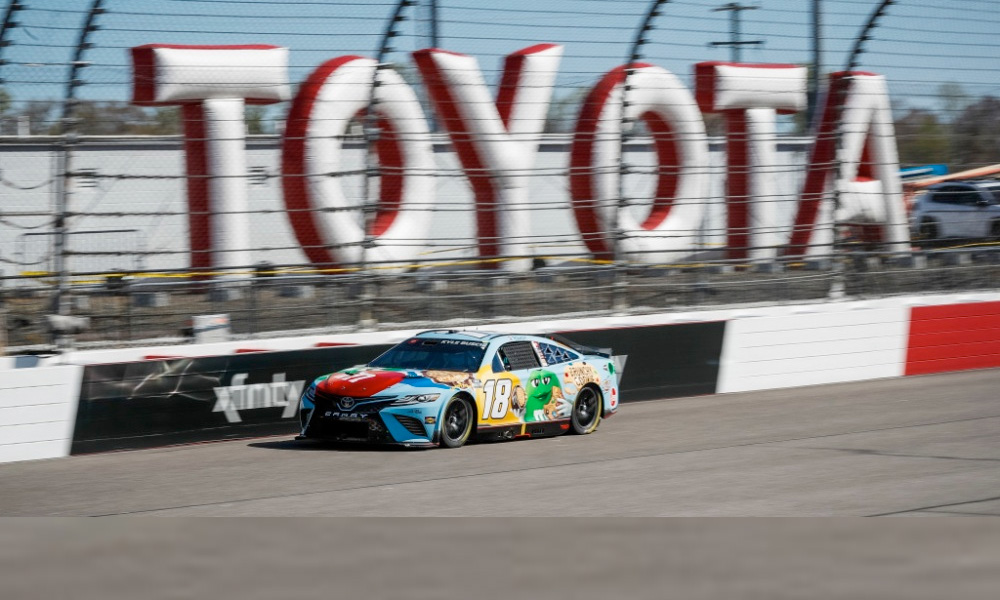 Joe Gibbs Racing drivers Denny Hamlin and Martin Truex Jr. don’t deny the organization is behind early this season, but neither had an exact answer as to why.

It’s not because Hamlin and Truex don’t know the reason. It’s more so because, as is often the theme in auto racing, it’s never just one thing that needs to be addressed.

“Everywhere,” Hamlin said. “That’s what we say on Mondays – everywhere. I’m not sure honestly. It’s just a little bit everywhere. It just takes time. We’re learning a lot of different new things. There were some setbacks with our testing car; There was a big crash in Texas last year with it and it set us back with some data and whatnot. Maybe that has an effect on it. But we’re trying to get our cars driving better and going faster.”

Truex agreed with his teammate about how it requires a lot to be successful, especially when teams are learning a new car with every track it competes at– Everything learned in the past needs to be forgotten.

“I think probably one of the biggest things for us has been not showing up on weekends close enough and not a lot of people have talked about the schedule,” Truex said. “Fifteen minutes of practice; literally impound racing. You can’t change springs and major setup components during practice, so basically what you show up with you fine-tune with wedge and shock clicks and small adjustments and you go racing.

“If you’re off, you’re off. I think for us, that’s been the big thing. We’re sim racing right now. We’ve been behind throughout testing and I feel like that’s definitely hurt us, so we’re all searching…and at this point .”

All four Gibbs drivers have led laps, though not many. Truex, the highest in the point standings with three top-10 finishes in six races, has led the least at 17.

Hamlin is 22nd in points with 35 laps led and Christopher Bell, 23rd in points, with 48 laps led. Hamlin and Bell had a rough few weeks right at the start of the season causing their teams to dig out of early holes.

Hamlin continues to reiterate his belief in chances to improve. His team has experienced a little bit of everything thus far — from getting caught in accidents to self-inflicted wounds like breaking the transaxle and even manufacturer-wide overheating issues.

“I think you can catapult up the standings really, really quickly the way things are,” Hamlin said. “Everyone short of Ross — who’s been really good the last three or four weeks — Everyone’s finishes are bouncing around all over the place. I think have a couple solid weeks where we don’t get crashed, cause a crash…those things add up.

“We’re not happy with where our speed is at, for sure. But certainly, we’re not a 22nd place team. Am I worried about making the playoffs if that’s what you’re asking? No.”

Richmond is a weekend where teams had just 20 minutes of practice before qualifying. New tracks like the repaved Atlanta and World Wide Technology Raceway’s will have NASCAR hold an extended practice of 50 minutes.

“When you’re behind and you don’t have time to work on something, you’re not going to get very much traction to get your ship righted all that fast,” agreed Busch.

Busch and the No. 18 team have shown speed, but he’s also been a bit snake-bitten on the result sheet.