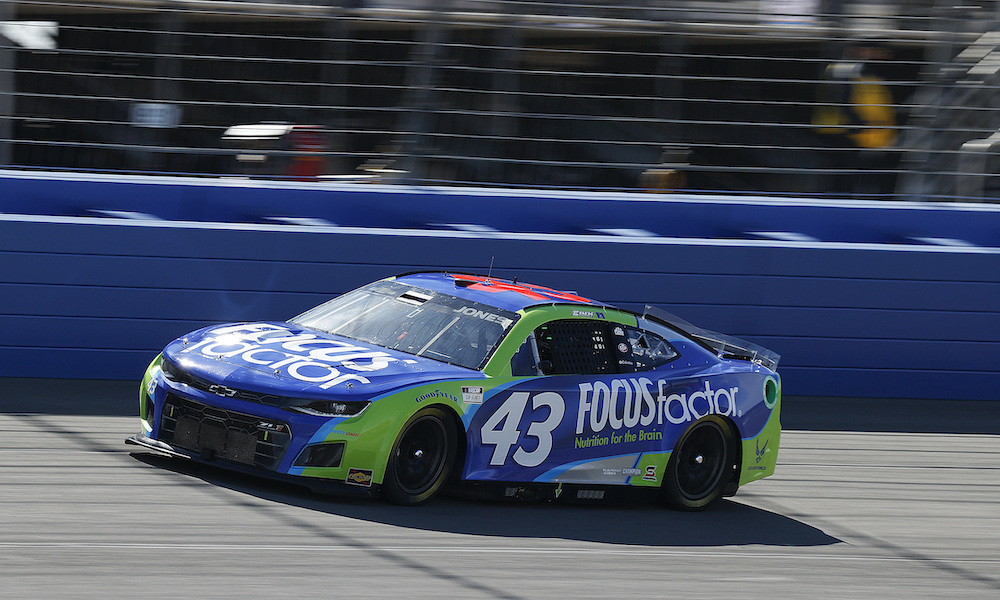 Richard Petty’s No.43 Chevrolet looked the strongest it’s been for a long time on Sunday, with Erik Jones wheeling the car to a third-place finish at Auto Club Speedway.

Jones had a shot at the victory going into the final restart. He lined up sixth and was third at the white flag, but Kyle Larson and Austin Dillon were too far gone for him to advance further.

“It was good,” Jones said. “It feels good to be interviewed after the race, too. It’s awesome, but it’s frustrating too. You’re that close, and you have a car that you feel like can do it.”

An impressive qualifying lap put Jones on the front row for the Wise Power 400, but unlike in the past, where a team hits on the single lap speed and fades in the race, Jones had fans believing he could pull off the victory. Jones ran no worse than 12th on Sunday afternoon, led 18 laps, and was second in both stages.

“The No.43 FOCUSFactor Chevrolet definitely had it today,” Jones said. “It was a matter of getting upfront and taking advantage of clean air, and we did that a couple of times.

“A couple of restarts just didn’t go our way. I probably could have done a better job here and there, and it just didn’t add up. I just haven’t raced up front a lot in the last year and a half. There are some things I need to be better at. Hopefully, I have a lot of time to work on that.

“We want to keep running up front, and if we keep doing that, we’re going to win some races.”

“I’m really proud of this whole group,” Jones said. “It’s been a big offseason with the merger and everything we’ve done, so this is a very satisfying run for everybody, and I just hope we can keep going.”