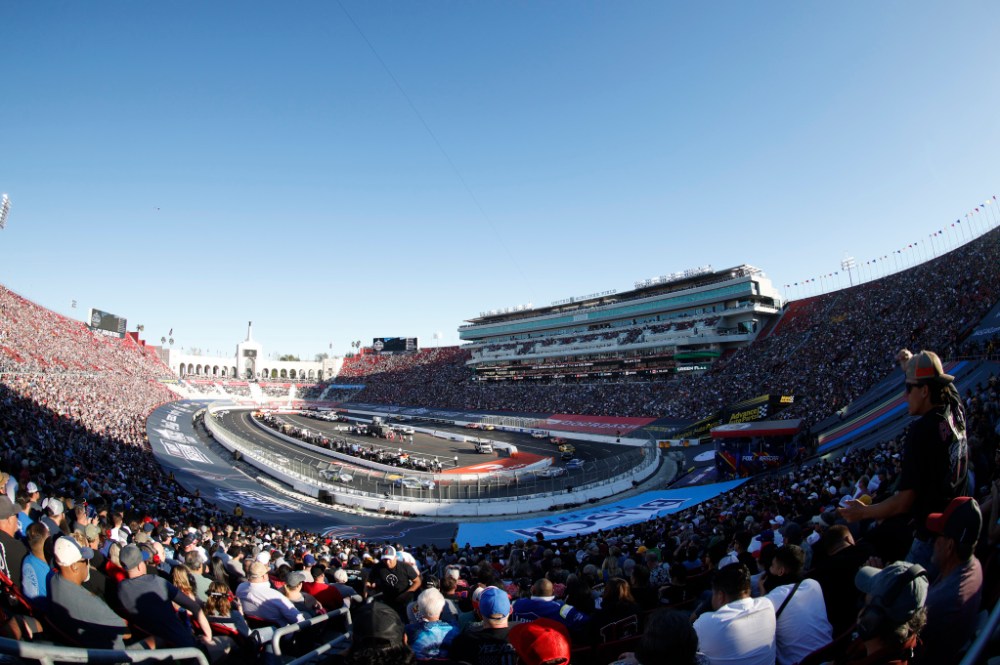 The 2023 Cup Series schedule could be announced as early as this summer, according to Ben Kennedy.

“I think ideally we get to a point where we’re announcing it before September,” said Kennedy, NASCAR senior vice president of racing development and strategy. “But a lot of that really comes down to making sure all of our stakeholders are on board, and we have everything in place to have the right timing to make that announcement with the most impact.”

For the last two years, NASCAR didn’t unveil its schedule for the following season until the fall. But that was mainly a result of current events like the coronavirus pandemic and officials working on adding new venues to the circuit.

Kennedy was the brainchild behind taking NASCAR to the L.A. Coliseum for the Busch Light Clash exhibition race in early February (pictured above). It proved to be a big hit with strong attendance and TV audience, with many entertainment stars also turning out. Pitbull performed a pre-race concert, and Ice Cube performed at the event’s “halftime.”

NASCAR has a deadline of May 6 to determine if it will return to the Coliseum in ’23, and Kennedy acknowledged it’s still under discussion.

“We’re still pulling together a ton of data and recaps over the next couple of weeks or so and then hopefully, in the next few months or so, we’ll share more on that,” he said. “But I think overall, a great event this year. As we mentioned, a lot of new fans were out there both in person as well as tuned in on TV, and I think it was a great way to kick off our season with the Next Gen car, which definitely didn’t disappoint on the racetrack.”

The Cup Series will soon make second trips to venues added to last year’s schedule. Circuit of The Americas hosts NASCAR again later this month, then there is Nashville Superspeedway in June, followed by Road America. There’s also a new stop at World Wide Technology Raceway (Gateway) in early June.

Other recent changes to the schedule include putting dirt on Bristol Motor Speedway and using the road course inside Indianapolis Motor Speedway. Rumors have also circulated about a possible new race in Chicago — not at Chicagoland Speedway, but a street course.

“We’re definitely continuing to consider all options from a scheduling standpoint,” Kennedy said. “Chicago has been one of them, and I think that’s no secret from the iRacing event that we had last year there. That said, nothing to confirm at this point, and we’re still looking at a handful of different options on the table. Not just as we think about 2023 but as we think about ’24 and beyond and really trying to build out that road map for where we want to be in the future as a schedule.

“I think we’ve made some great strides over the past couple of years and more this year with the Coliseum and World Wide Technology Raceway, but we’ll continue to explore even past 2023 what that schedule could look like.”