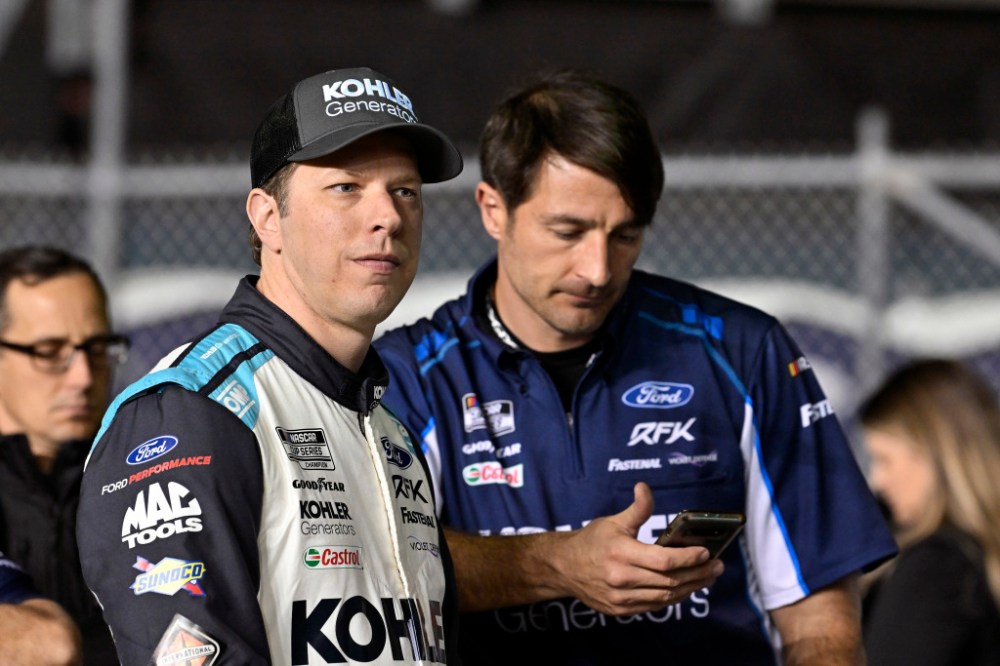 Brad Keselowski thought he was going to win the Daytona 500 as the field charged down the backstretch on the final lap Sunday night. But he wound up ninth and needing a trip to the infield care center after crashing past the finish line.

“Just the 12 and the 2 got a really good push from the 23 and basically cleared our lane and then our lane kind of broke up there at the end,” Keselowski said. “It was really close. Just green-white-checkers.”

In overtime, the co-owner and driver of RFK Racing’s No. 6 Ford lined up fourth behind rookie leader Austin Cindric of Team Penske. Cindric chose the outside lane, which put Ryan Blaney to Cindric’s inside on the bottom lane. Darrell Wallace Jr. restarted third on the inside of Keselowski.

When Cindric jumped to the low lane in front of Blaney on the restart, it opened the door for Keselowski to be pushed on the outside by Chase Briscoe. Keselowski nearly got to the outside of Cindric going down the backstretch on the final lap before the Penske cars got hooked together in Turns 3 and 4 and cleared the field.

By that time, Briscoe had fallen off Keselowski’s bumper. But a run by Kyle Busch pushed Briscoe to the third lane coming off Turn 4 and Keselowski couldn’t block the run. Stuck in the middle, Keselowski crossed the finish line ninth and then bounced off David Ragan, tagged Michael McDowell in the right rear and spun toward Turn 1.

It wasn’t the first time Keselowski was involved in an incident. The former Cup Series champion was the centerpiece of two of the day’s major incidents.

On lap 63, Keselowski was shoving rookie Harrison Burton off Turn 2 when it got Burton out of shape. Burton not only wrecked but flipped.

“I was just pushing and it just turned sideways and spun immediately out,” Keselowski said. “I don’t know what happened there. It was a shame to see it. I hate it for him. I was trying to help him win the stage and certainly didn’t want to see him spin out.”

On lap 196, Keselowski got into the back of Ricky Stenhouse Jr. off Turn 4 as they led the outside lane. The crash set up the overtime restart.

“The same thing — I was just pushing,” Keselowski said. “We weren’t even all the way up to speed, so I feel like it wasn’t crazy time to be pushing but obviously the results say different.”

Keselowski led a race-high 67 laps and felt he left everything on the table trying to win his first Daytona 500.