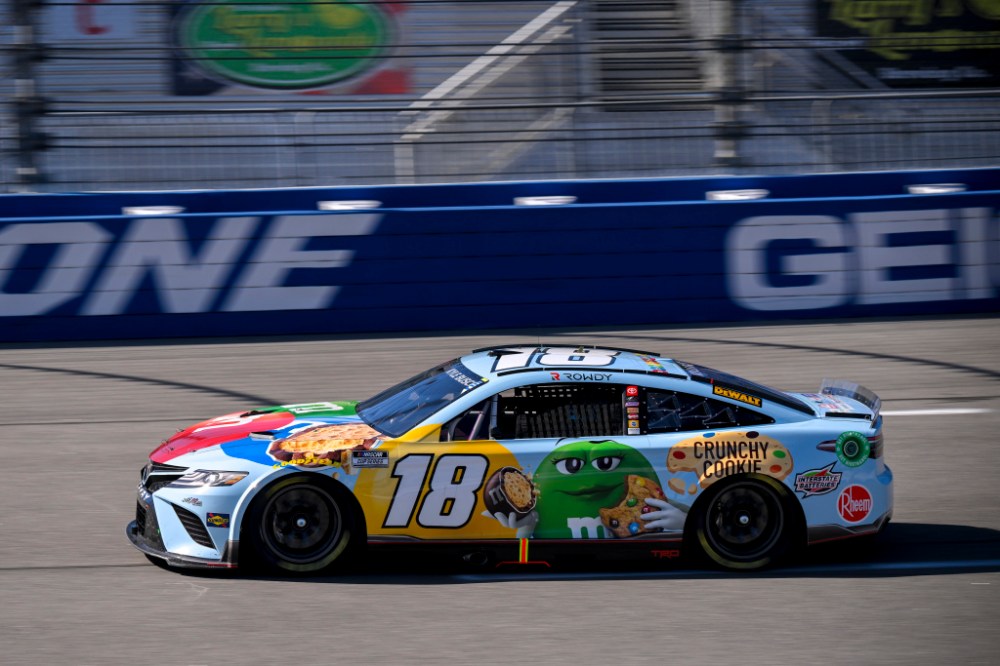 Ben Beshore admits his No. 18 crew made a mistake by putting tape on the grille of Kyle Busch’s Toyota when they were aiming for the brake duct.

“We missed putting brake tape on and that’s what happened,” Beshore said. “I didn’t think it would stick, to be honest. I thought it would fall off and it wouldn’t be a problem because the grilles are…wire and big fat openings. I figured as soon as we went and pushed somebody it would fly right off.”

It didn’t and it wasn’t right away that the team was penalized for the infraction. NASCAR black-flagged Busch on lap 345, citing the unapproved adjustment. It took so long to call the penalty because NASCAR said they were reviewing the pit stop video and making sure it was placed there by the team and was not debris Busch picked up on the track.

NASCAR didn’t offer an official statement other than confirming a diligent video review. It was the same explanation Beshore said he got when he went to the NASCAR hauler after the race.

“I told them when it happened,” Beshore said.

With the introduction of Next Gen, NASCAR officials outlawed teams putting tape on the car’s grille with airflow going through hood vents. It’s why the team knew they had made a mistake and weren’t aiming for the grille. Teams used to use tape on the grille to control temperature and downforce.

Busch served his penalty on lap 351, pitting from sixth place and losing a lap. He was able to unlap himself by driving around the leader William Byron with 24 laps to go. Busch finished ninth.