Kyle Busch hoping COTA can be a turning point 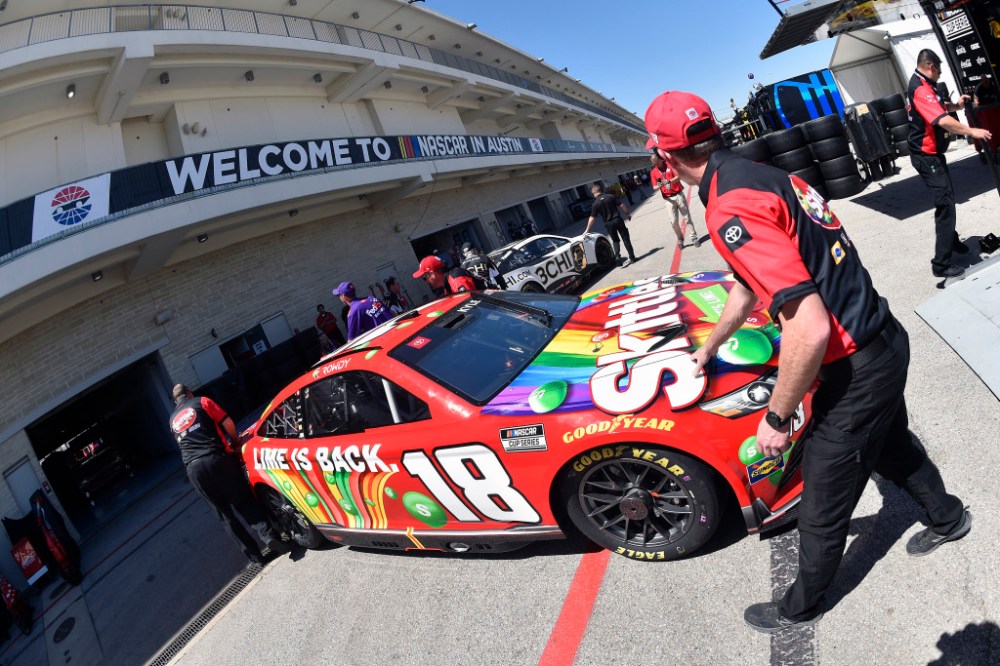 The NASCAR Cup Series turns left for the first time this weekend at Circuit of the Americas and Kyle Busch hopes a change in scenery brings a change of fortune.

It’s not just that Busch and his No. 18 Joe Gibbs Racing team is winless this year – Despite an average finish of 12.8, three top-seven finishes in five races and 98 laps led, the hot and cold nature of those performances has been puzzling.

“I think the car is fine,” Busch said. “We’re all trying to figure it out and learn what its potential is and what it is that makes it go fast, what the knobs are that you need to turn at these particular places. I feel like we’ve had decent speed everywhere we’ve been except Phoenix. Phoenix was really bad.

“Vegas, we were fast – coulda, shoulda, woulda. California, we were OK, worked on it, got it better as the day went, and came back from five laps down. (I) picked up 10 spots in five laps. Last week was fast. Probably one of the better cars in the field (I) felt like, and just got caught up in a wreck.

“Yeah, we don’t really have anything to show of this year. It’s been disappointing. No stage points. That’s about it.”

Busch actually has eight stage points. Those points came at Las Vegas where Busch impressed by taking the Gibbs parts car (after he crashed in practice due to a flat tire) to a near-win. The fourth-place finish in Busch’s hometown is his best so far.

Fontana was another impressive run. Busch spun early in the going and lost multiple laps, but multiple cautions later on aided his recovery efforts. He finished 14th. Even though Busch doesn’t look fondly at his Phoenix race, he finished seventh.

COTA is a chance to rebound from a terrible race in Atlanta. Busch was caught in an accident on lap 101 and later nearly spun trying to stay out of the way of the pack.

Busch will not only run the Cup Series race at COTA (Sunday, 3:30 p.m. ET, Fox) but will log extra laps in the Camping World Truck Series race. He did not run the Truck Series race last year, but seat time is beneficial as road courses continue to be added to the Cup schedule. Sunday is the second time NASCAR has visited COTA, where Busch led 12 laps and finished 10th in the rain-shortened 2021 event.

Busch has four road course wins on his resume – two apiece at Sonoma and Watkins Glen.

“I’ve always enjoyed the road racing,” he said. “Back years ago, when we had two on the schedule – Sonoma and Watkins Glen – it was kind of fun because it was like an off week. You would go and enjoy the experience and try to learn and get better at it each time that you would do it. But now that there is six of them on the schedule, it’s definitely more loaded towards needing to be good at it – not wanting but needing – with the amount of road course races we have. I feel like I’m a decent road racer and would love to have a chance to showcase that here on Sunday.”