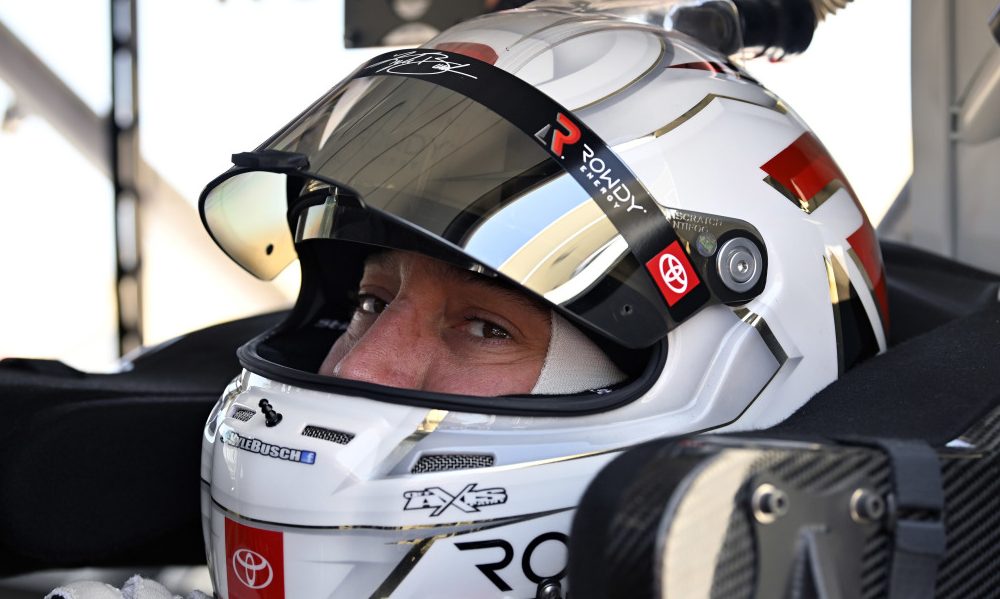 As is the norm this season, teams were split into two groups for practice, and Busch’s best lap from Group A was good enough to be fastest overall.

There were three incidents in practice that came when the first group was on track.

Blaney brought out a caution when he spun off Turn 10 and through the gravel into the tire barrier. His Team Penske Ford Mustang suffered minor body damage to the left side.

“I feel like it shocks you a little bit more when you get the curb,” Blaney said of the Next Gen car at COTA. “That’s how I spun, I hit the curb wrong in 10 wrong and it kind of shot me wrong one way and I overcorrected the other way.

“Luckily got away with minimal damage. It’s kind of a big jump and did the old overcorrect. Thankfully, I didn’t hit anything too hard.

“They’re a little bit different. This car I little is more harsh when you’re on the curbs, and we’re using up a little more of the curb with this car than we could last year. Especially in the esses and with the lack of some of them turtles. Got to be careful.”

Other incidents in the first group were for Kyle Busch and Joey Hand.

Busch spun after setting the fastest time. Fortunately, he didn’t hit anything, continuing in his Joe Gibbs Racing Toyota.

A right front tire blew on Joey Hand’s Ford and tore apart the fender. Hand will not post a qualifying lap as his Rick Ware Racing team gets to work on repairs.

“I was locking the left front up but the spotter was saying the right front was locking, which is weird even in the left-hand corners,” said Hand, who had the 14th fastest time overall.

“That’s probably what happened and I didn’t know it. There was a lot of smoke in the car, I’ll tell you that. … We’ve got to figure out why we’re locking brakes because it was doing it late in the turns.”

There are 39 drivers entered at COTA with the non-charter teams being Kaz Grala in the No.50 for The Money Team Racing, Boris Said in the No.66 for Motorsports Business Management, and Loris Hezemans in the No.27 for Team Hezeberg.