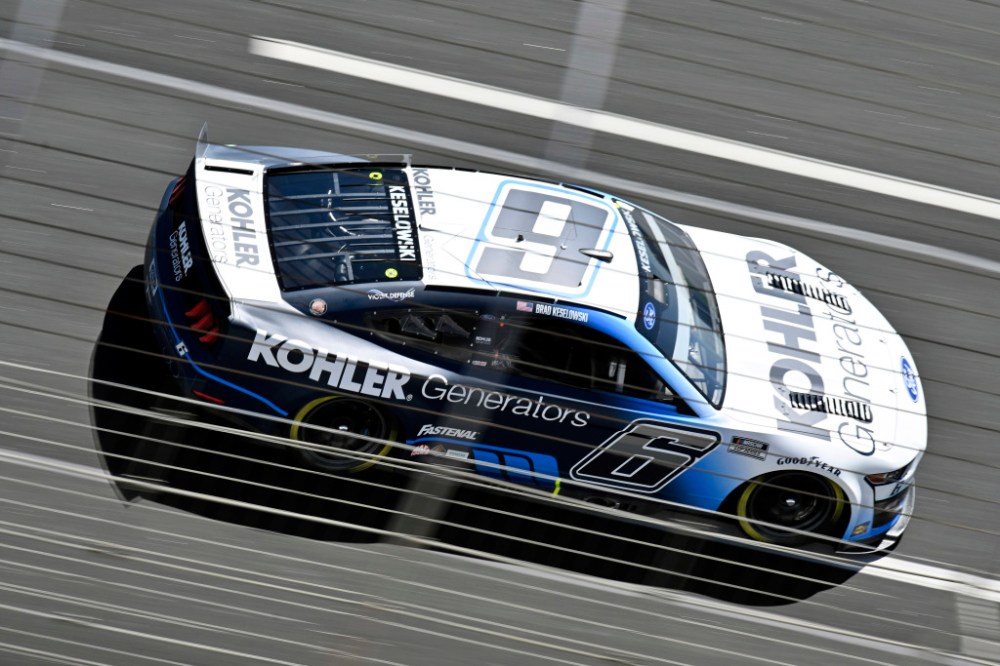 The No. 6 team from RFK Racing has been issued an L2 penalty following last weekend’s race at Atlanta Motor Speedway.

Brad Keselowski’s Ford Mustang was one of two cars (along with Chase Elliott’s) that NASCAR officials took to the RD Center. It is a routine practice, particularly with a new car, for officials to track how teams are working on the cars and if any developing trends need attention.

Upon further inspection of Keselowski’s car, officials have penalized crew chief Matt McCall with a four-week suspension, $100,000 fine, and docked the team 100 driver and 100 owner points for “modification of a single source supplied part.”

Additionally, if Keselowski makes the NASCAR Cup Series playoffs, he will be docked 10 playoff points.

The penalty is listed under the 14.5 AD section of the rule book, which handles the car body. Under bullet point A, it states: “Bodies must utilize NASCAR-approved OEM body parts and mounting hardware.”

Bullet point D states: “External surfaces of body panels may be wrapped or wrapped with paint applied to the wrap. Any external wrap or coating must be removable. Textured paint or vinyl will not be permitted.”

With the penalty, Keselowski drops from 16th in the point standings to 35th.

NASCAR updated its rule book before the season to include stiffer penalties around the Next Gen car. The tiered system can see teams penalized from L1 to L3 infractions. The L2 level penalty that RFK Racing was assessed specifies a point deduction between 75-120 points, loss of 10 to 25 playoff points, suspensions from four to six weeks and fines between $100,000-$250,000.

RACER has reached out to RFK Racing for a statement.