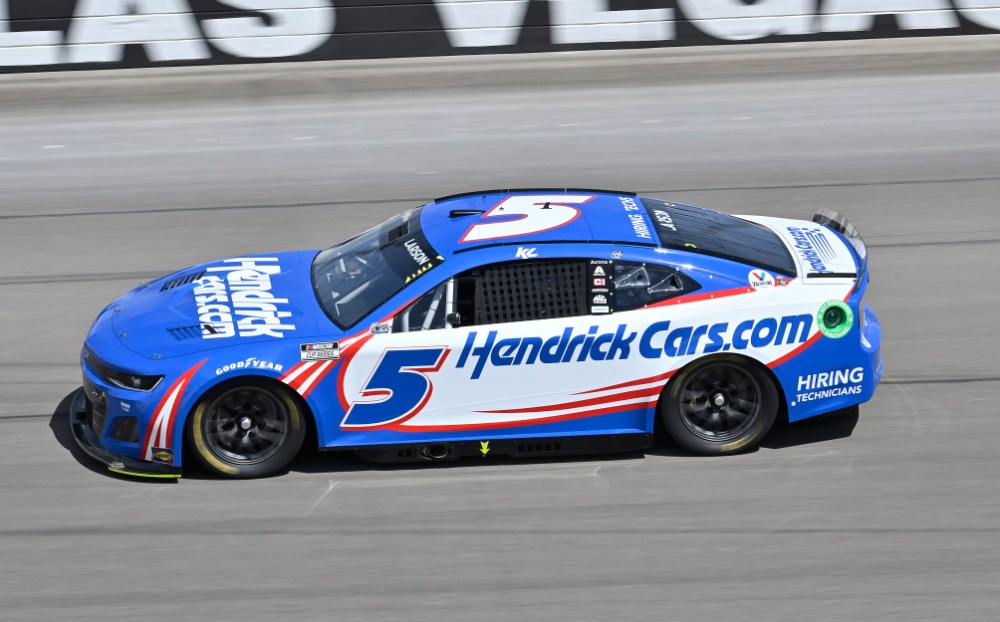 Kyle Larson liked the call his team made to give him the race lead going into overtime at Las Vegas Motor Speedway, even if it didn’t result in a win.

Larson and two of his Hendrick Motorsports teammates, Alex Bowman and William Byron, benefited from their respective crew chiefs all thinking the same way by taking two tires on the final pit stop Sunday afternoon. The move propelled Larson to the top of the leaderboard and gave him control of the final restart. Larson chose the outside lane and fought side-by-side with Bowman until the last corner coming to the checkered flag. Bowman was able to clear Larson off Turn 4 and win the race.

“I was happy we made that call,” Larson said. “It’s kind of what I wanted to do, and when I heard them say we were taking two tires, I was pleased by it. The grip was surprising. I had good grip there on two tires, I just got a little too focused on side-drafting him into (Turn) 3. Maybe if I could play it back again, I would try and just get a better arc and angle into 3 because when I got in there next to him, I just got really tight and had to lift out of the throttle.”

Larson came up one spot short in winning for the second week in a row and the second straight year at Las Vegas. But he led 27 laps after overcoming a second pit stop in the first stage for a loose lug and a speeding penalty in the final stage and took over the point lead.

In his winning interview after climbing out of the car at the finish line, Bowman said it’s “fun” getting to race the reigning series champion. Bowman said he and Larson have always run each other hard and clean.

Larson and Bowman gave Hendrick Motorsports a 1-2 finish at Las Vegas and two straight wins after Larson won a week ago at Fontana.

“Congrats to Alex and their team,” said Larson. “They were really fast all day. We had our moments where we were good, and we just fought really hard. I’m happy with the effort from our team, and I look forward to Phoenix.”