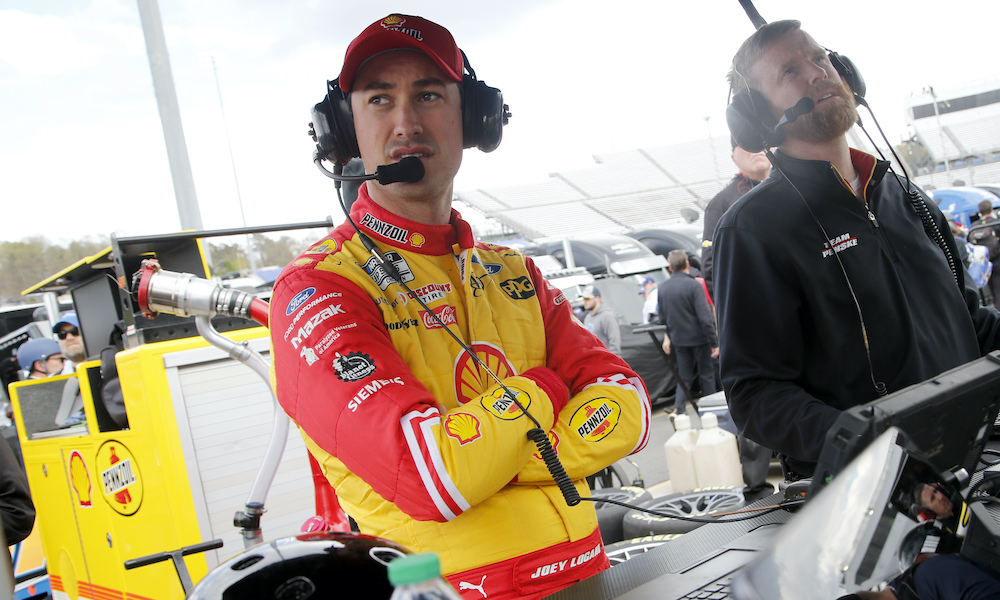 No matter the venue, there has been a theme following NASCAR Cup Series drivers this season when facing questions about the Next Gen race car.

A new car has been a big learning curve. There have been challenges in learning its nuances and how it changes the feel of each racetrack. It is one of the biggest stories each weekend.

Joey Logano expects that to continue into the foreseeable future even as drivers continue to log more and more laps in the car.

“I think if you have the right mentality, you never stop learning,” Logano said. “You should be trying to find ways to evolve and become better no matter what. I will say probably the low-hanging fruit (around the car) eventually goes away. Right now, there are big areas to get better and eventually, it’s going to be grasping for these little tiny pieces here, little something here, and it’s going to be harder to find. It’s not going to mean as much when you find it.

“But that’s when you get into the stacking pennies type of stuff. Little stuff. Until then, right now, we’re taking big stuff as we grow quickly.”

As the saying goes, patience is a virtue. Especially when it comes to a new car; just because the season is well underway doesn’t mean the learning and tweaking are over.

“And I said this before the season even started, as fans and competitors, we have to be a little bit patient,” Logano said. “Because there’s going to be some areas of this car that are just spectacular. There are going to be areas where it’s just better. We saw some of the races, particularly on the mile-and-a-halves, it’s better than what we had last year. For sure. No doubt.

“But we also have to be patient and understand that where some areas are going to be great and much better, some areas are possibly going to be worse. And we need to, all of us, including the fans, work to make this thing better. Not just keep pointing out where every weakness is. We also need to focus on some of the good things.”

There have been seven different winners in eight races from five different organizations. Parity during races is also noticeable, not just in who is running well or leading laps, but in the finishing results. At Martinsville, there were seven different teams represented in the top 10 finishers.

Although Logano is not one of those seven winners, he is a fan of the car. The NASCAR industry has seen a little bit of everything since the start of the season, which seems to be pointed at both the different styles of tracks visited and what Next Gen brings to the equation.

“I think the racing is better than what it’s been over the last couple of years, in my opinion,” said Logano. “I think cars have been able to move around the racetrack more. Things have been pretty good, all things considered, with the racing on the racetrack.

“There are a lot of teams making mistakes on pit road and drivers making mistakes in learning the car and understanding what they can and can’t do and just crashing them. It’s pretty good, I’d say, right now. It’s fun to go back and re-watch (races) right now for me and seeing what everyone is fighting.”