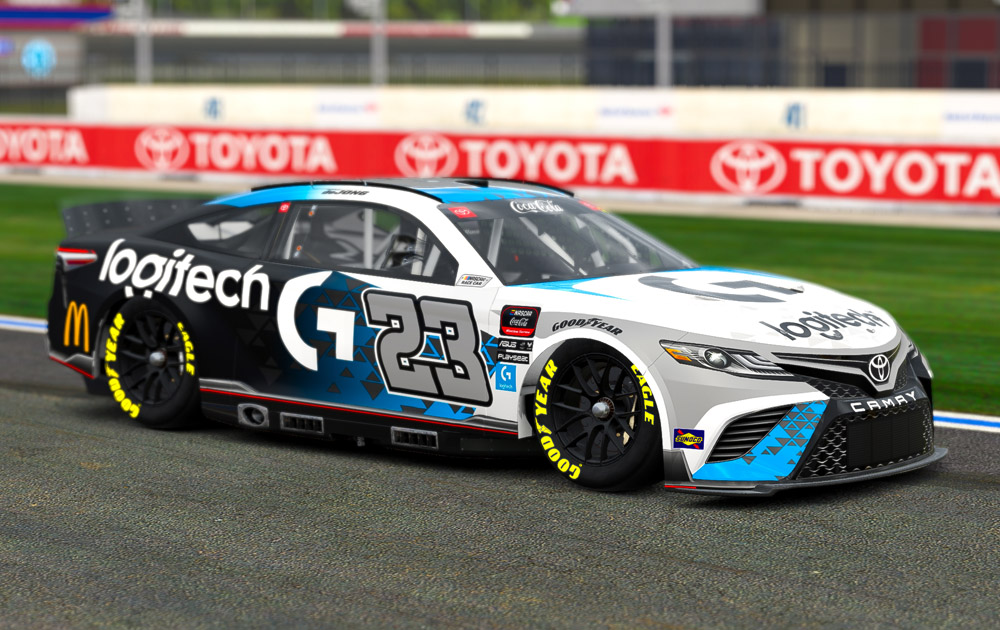 Logitech G, the video game equipment company, has expanded its support of 23XI Racing and Denny Hamlin from the eNASCAR Coca-Cola iRacing to the NASCAR Cup Series.

“This is such a natural fit for me, as I’ve used their wheels and accessories for years in my own gaming rigs,” Hamlin said. Being a professional driver and a sim racer, I see the value in how important sim racing is to the growth of our sport. Logitech G is an integral part of that as it sits squarely at the intersection of technology and racing.”

“Denny is a superstar of NASCAR and we’re very proud to be selected to be an official partner to Denny and 23XI Racing,” said Peter Kingsley, Logitech G’s chief marketing officer. “We are excited to partner with Denny to help continue to engage with NASCAR fans and eracing fans alike.”

It’s normal for the sponsors of Cup Series teams to also extend to their eNASCAR operation but Logitech G’s expansion from sim racing to a larger footprint in the Cup Series is notable. Logitech G will also be featured on Denny Hamlin and Bubba Wallace’s fire suits.