Lopez to replace Johnson in AXR Cadillac for Sebring 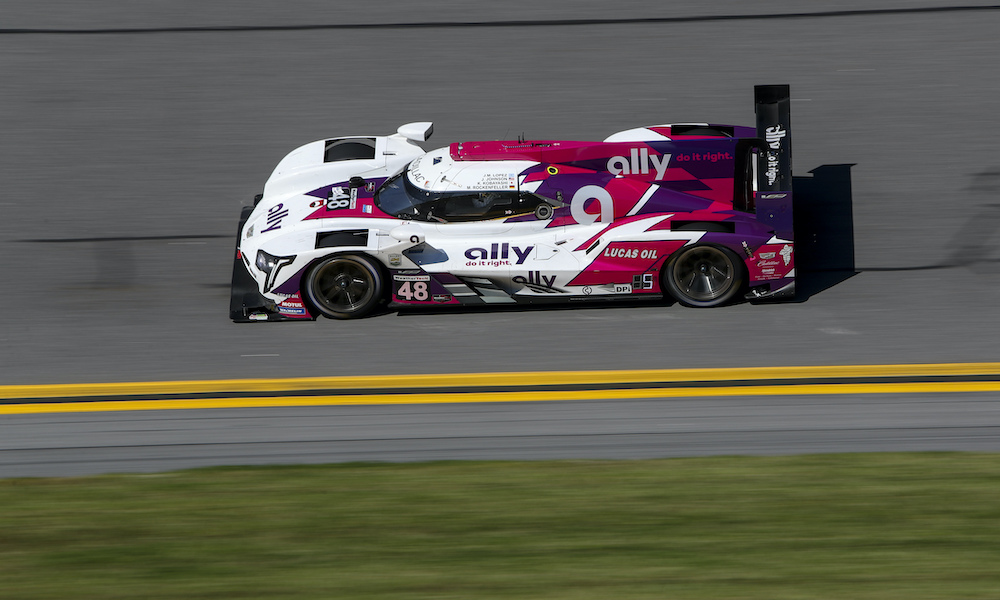 With the IMSA-IndyCar conflict between the 12 Hours of Sebring and Texas Motor Speedway, and no way to have drivers do both, IMSA teams that rely on IndyCar drivers to supplement their regular drivers for endurance races are having to make changes.

Both Lopez and Kobayashi will do double duty that weekend, as the pair will also compete in the FIA World Endurance Championship (WEC) event. The green flag is set for noon on March 18 for eight hours of competition.

“It was great to be a part of the Ally Cadillac team at Daytona 24,” Lopez said. “I was very proud of the team effort and how Jimmie, Mike, and Kamui drove in the race. Things just didn’t go our way. We had good pace. It was my first experience at Daytona and racing in America. It was much better than what I expected. I was happy with my performance in the car.

“This is a plus. I was planning to be in Sebring anyway; unfortunately Jimmie isn’t able to do both IndyCar and IMSA at the same time. I will be there for the first WEC race. We race on Friday with Toyota and then I will cross the garage and race on Saturday in the Ally Cadillac. I am really thankful for the opportunity to drive again with Action Express Racing and hopefully me, Mike and Kamui can deliver a good result.”

Team director Gary Nelson anticipated the move when the series announced their respective 2022 schedules. While NTT IndyCar Series had reportedly planned to arrange the Texas schedule to allow drivers to make it back and forth to Sebring, that idea was dropped after number of teams abandoned plans to include IndyCar drivers in their 12 Hour lineup.

“We have had this contingency plan in place since IndyCar announced their schedule and we saw that there would be conflict with their Texas event,” Nelson said. “It was really an easy decision to bring in Jose Maria. He ran with us at Daytona, did all the testing leading up to the Rolex, so slotting him in was a no-brainer. He and Kamui are running the WEC race as well. But they are fit, and I think the extra laps at Sebring can only help us come race day for our Ally Cadillac effort in the 12 hour race. We will miss Jimmie and wish him all the best in Texas.”

While Johnson will be missing competing with his Ally Cadillac teammates in Sebring, he will be focusing his attention on piloting his Carvana Indy car in his first NTT IndyCar Series oval race at Texas Motor Speedway.

“I was really looking forward to going back and racing the Ally Cadillac at Sebring,” Johnson said. “We had a great run there last season and were in contention for the win for most of the race. Jose Maria is an excellent driver and he will do great. I know the team’s experienced and they can get the Ally Cadillac up on the podium – hopefully the top step.”