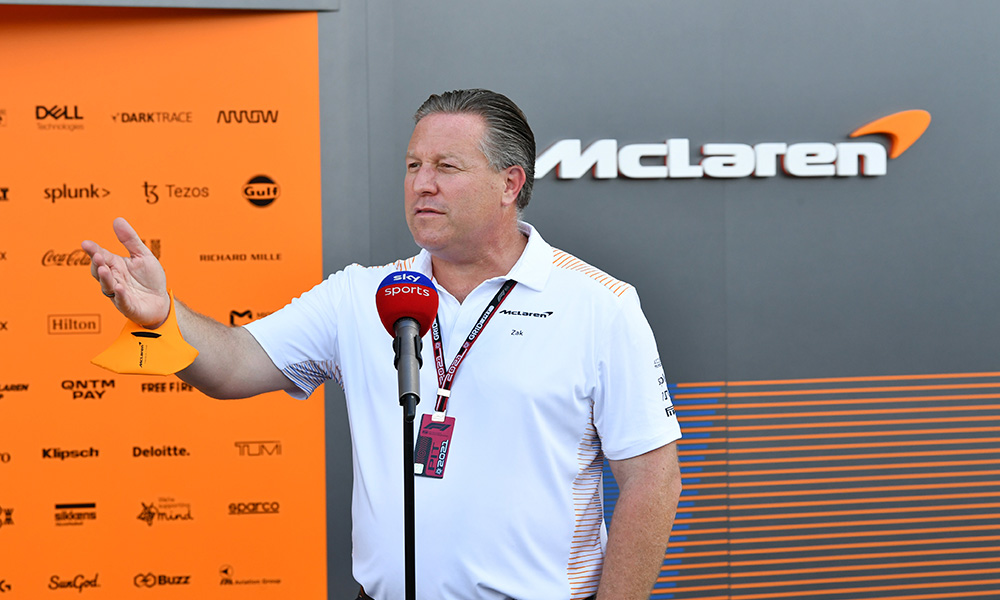 McLaren still wants to enter both Formula E and the World Endurance Championship but will have to make final decisions in the next three months, according to Zak Brown.

Since Brown joined McLaren the team has expanded its racing operations, with IndyCar and Extreme E added alongside the Formula 1 program. The McLaren Racing CEO has previously stated his desire to enter more series, and says he has pushed back a previous deadline of December to make a call on two further categories having registered an interested to join Formula E.

“Haven’t committed to that (Formula E) or WEC,” Brown said. “Obviously, we committed to Extreme E, we committed to buying the IndyCar team, we want to get a third car going in IndyCar in 2023. We’re going to run (Juan Pablo) Montoya (at Indianapolis in May) and maybe some races towards the end of the year, depending on what 2023 shapes up. So, totally focused on that and getting the wind tunnel in and things of that nature.

“Both are series we’d like to do, but as you guys have heard me bang on about, kind of our criteria, it has to not detract from our other racing – and we’ve taken on more – and it has to be commercially viable. Our economics now are very strong from where we started, but I’ve got to make sure we stay on that trajectory.”

And Brown says he has already put in place a framework that would allow McLaren to take on both new categories at once, but admits time will soon run out to enter and be competitive.

“I like both series, I think we can be competitive in both series,” he said. “We know how we would go about doing both series, now I just need a little bit more time. I’d like to get the F1 car launched, Taylor (Kiel)’s over here soon from IndyCar – you’ll see we continue to make some senior hires there – and I think we’ll make a decision probably late in Q1.

“Beyond that, I think we’ll start to be technically challenged on entering in ’24 for WEC and ’23 (for Formula E) and at that point if we’re not ready to make a decision then the decision will be made for us from a technical standpoint.”