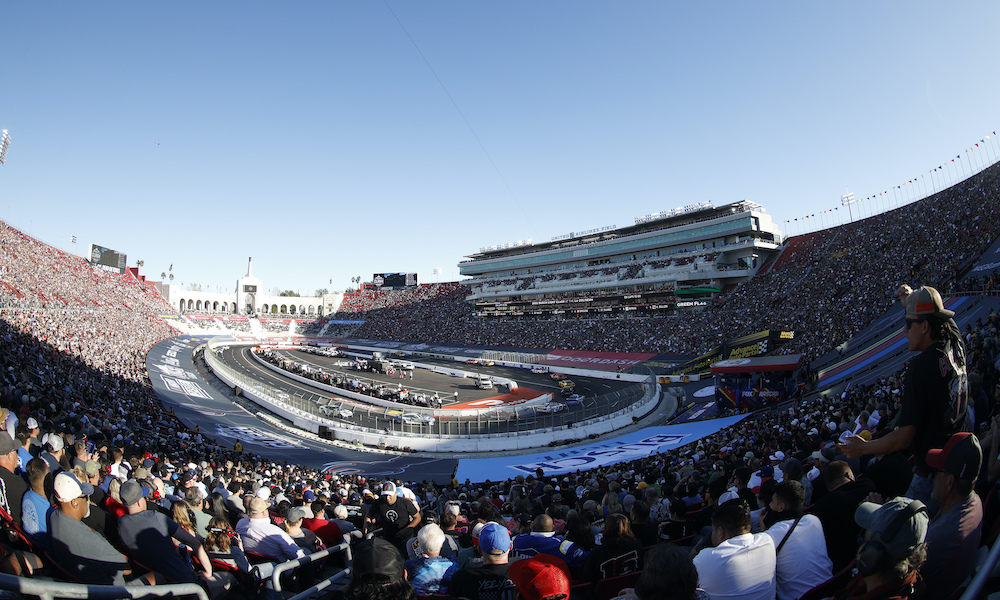 The Busch Light Clash at the L.A. Coliseum “delivered”, according to NASCAR executive vice president and chief racing development officer Steve O’Donnell. Even better, he says, the new race car wasn’t a story.

“I’m happy for that,” said O’Donnell. “This is probably the toughest test we could have on the track that we set up in terms of durability, beating and banging, driveline, different things. We’ll learn from that. All in all, really successful debut for the car.”

The idea to build a flat quarter-mile track inside the famed Coliseum was the brainchild of Ben Kennedy, NASCAR’s senior vice president of strategic innovation. Many new fans were in attendance, as tracked by NASCAR through ticket buys. NASCAR was the number one trend in the United States on Twitter during the event.

“I think (it was) an incredible day for the sport,” Kennedy said. “I think this will be great as we look to kick off our season in two weeks for the Daytona 500. Really good day. Proud of the sport.”

The Clash was heavy on entertainment, with stars like Pitbull and Ice Cube performing. The format included heat races and Last Chance Qualifiers that sent drivers home, leaving only 23 to compete for the win.

“I think the energy behind the crowd here was amazing,” Kennedy said. “I was walking back to the media center right after the event; a ton of people smiling, laughing. The energy was really just contagious. It was great to see the fan reaction. Looking forward to watching it back on TV again.

“I think we’ll have a lot of data coming out of this. I think there is certainly potentially a future here. We’ll probably try to make a decision on that sooner than later.”

Kennedy reiterated that Los Angeles is an important market for NASCAR. Because of the pandemic, the sport has not raced in southern California in two years, and the Clash is the first of two races in the market in three weeks as the series returns to Auto Club Speedway at the end of the month.

“The Coliseum, USC, have been tremendous partners,” said Kennedy. “That will be certainly an important part as we think about this. But if we can prove this out, a proof of concept, it does open the door to other locations in the future.”

Everything will be on the table for the future, at least when it comes to exhibition races. O’Donnell didn’t want to commit to running a similar event with a smaller field during the season that would be for championship points.

But evaluating the schedule, including the future of the All-Star Race, is going to continue given what the industry was able to do in a new market and with a new facility.

“I think everyone is open,” said O’Donnell. “To Ben’s point, you look at the footprint, one of the unique things about this stadium is the Olympics, and the track that they had around a football field doesn’t really exist anymore in the purpose-built football stadiums. It’s a lot tougher to look at that footprint of what might have the room for us.

“Certainly, if you looked, and I’m not advocating that we’re taking the Clash overseas, but it does open up the opportunity for us if we wanted to showcase NASCAR. We’ve always talked about, Ben and I, you have to go to a road course, they have to build a track somewhere if you’re in Europe. Not anymore. We’ve proven out you can go to a cool stadium with a track around it, we know what to do, we can go in and out. Some opportunities there.

“Ben, if he hasn’t already, is already studying the footprint of a lot of different stadiums in the U.S., what works, what may not work. But we’re also pretty happy here.”