NASCAR drivers ready to embrace the unknowns at reprofiled Atlanta 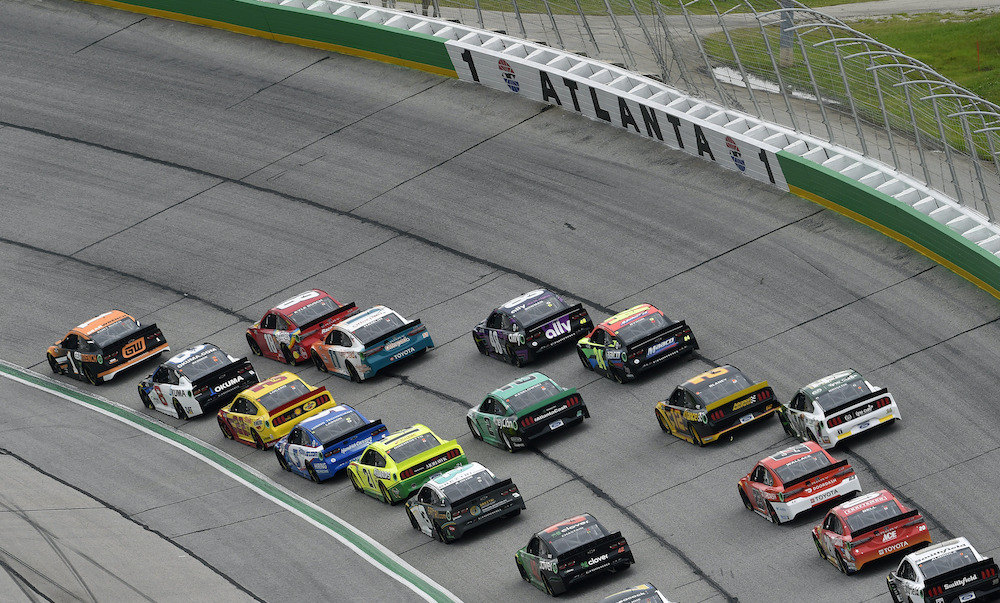 Atlanta Motor Speedway has been on the NASCAR schedule since 1960, but this weekend it is very much a new racetrack.

While Atlanta needed a repave, which it got this year for the first time since 1997, officials went further by making the polarizing decision to reprofile the facility. The banking is steeper, having gone from 24 to 28 degrees, but the racing surface in the turns is narrower, going from 55 to 40 feet. Meanwhile the frontstretch is wider (going from 55 to 61 feet), with a portion of the grass having been paved over to give drivers more runoff room. The backstretch was cut from 55 feet to 42.

“Atlanta is going to be crazy,” Kyle Busch said. “It literally got a facelift with a whole new track surface and layout and everything. It’s going to be a different race than what we’ve had there in years past, where you have the old asphalt and really have fast lap times to fire off, and then you have a lot of fall off where lap times go down throughout the run. That led to having some guys come up through the field, and others drop through the field, whether or not they are fast early in the run or slow late in the run or vice versa.”

Given its new specs, NASCAR expects Atlanta to race like a superspeedway. It led to its decision to have Cup Series teams use the 510 horsepower with a seven-inch spoiler this weekend, which is what’s run at Daytona and Talladega. It’s also expected that NASCAR will implement the double yellow line rule (out of bounds) like what is seen at the two other superspeedway tracks.

Busch expects to see a Daytona and Talladega-style race with drivers wide-open on the throttle and maybe two and three-wide. The former Atlanta winner will be paying close attention to the Camping World Truck and Xfinity Series races to see how the groove widens out.

Conceding that it is a big unknown, Michael McDowell is going there with the mindset of a race like Daytona and Talladega. But not all drivers are convinced that’s the type of racing they’ll be doing.

“I think it’ll be a hybrid in a lot of ways,” said rookie Austin Cindric. “Honestly, I don’t really know. I think we’re preparing in some ways for it to be that way from a racing standpoint, but from a car standpoint and necessity for grip, I think you still need to have driveability and practice being able to handle and be able to stay close to guys. That’s one thing I have got on the top of my head. You are going to have drafting situations, but if I’m too tight to stay tucked up to somebody, then that’s difficult.

“Also, tire-wise it’s a lot different than what we ran at Daytona and a lot different than what we’ll run at Talladega just from a stagger perspective. I’m interested to see how that rebalances and races. I haven’t driven a lap on the racetrack and we’ll have practice. There is a lot of different talk about racing procedures and what it’ll look like. I think as an industry, we need to be open-minded throughout the weekend.”

Chris Buescher was one of three drivers who did the Goodyear tire test at Atlanta in January. He said three cars could stay wide-open, but handling came into play pretty quick. Buescher thinks speeds will go up with a full field, but drivers will be forced to lift a lot more.

“I don’t expect it to be a Daytona or Talladega,” he said. “But maybe closer to that than some of our older mile-and-a-halfs.”

Then there is three-time Atlanta winner Kevin Harvick, who was one of the best at getting around the old facility.

“I have no idea,” Harvick said of what to expect. “I don’t even want to get in the middle of making a comment about that place.”