The NASCAR Hall of Fame in Charlotte is so much more than just a museum; it’s a shrine to the history and heritage of the sport of stock car racing, and a dynamic, immersive portal to NASCAR’s exciting present and future.

The Hall of Honor is the heart and soul of the NASCAR Hall of Fame. It’s a sacred space where NASCAR legends are celebrated and honored.

From the founding fathers and pioneers, to the superstar drivers, mechanics and owners who built the sport, enshrinement in the Hall of Honor marks the pinnacle of a career. 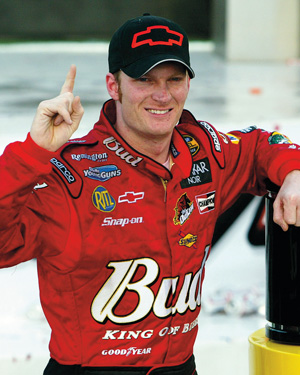 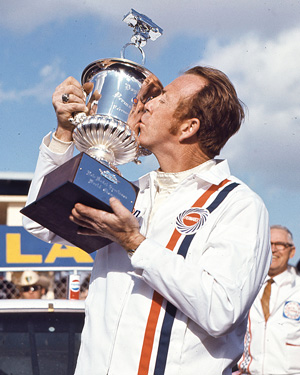 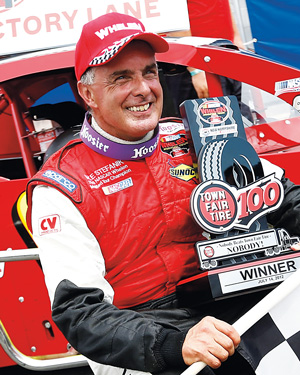 It’s an exclusive club, where entry has to be earned. Past NASCAR Hall of Fame inductees include multiple champions such as Richard Petty, Dale Earnhardt and Jeff Gordon, and NASCAR founder Bill France Sr. The three newest members – Dale Earnhardt Jr., Red Farmer and Mike Stefanik – are more than worthy of joining such storied names.

For visitors to the NASCAR Hall of Fame, entering the Hall of Honor is an awe-inspiring experience. The 58 inductees are represented by individual spires (below), while the Class of 2021 each gets their own Showcase, with racecars, trophies and artifacts providing an evocative glimpse into three incredible racing lives. 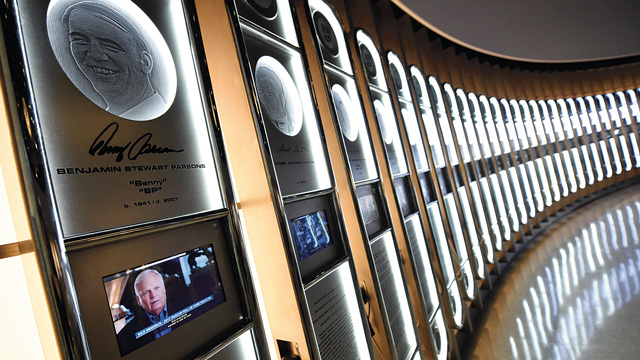 At first glance, aside from sharing the profession of “racecar driver,” the Class of 2021 couldn’t be more different. Earnhardt counts two Daytona 500 wins among his 26 NASCAR Cup Series career victories. A perennial Most Popular Driver at NASCAR’s highest level of competition, he’s transcended both the sport of stock car racing and his own legacy as the son of seven-time champion Dale Earnhardt.

“My eyes are already watering,” said an emotional Earnhardt at the Jan. 21 induction ceremony. “To join Dad in the NASCAR Hall of Fame is probably as good as it’s going to get…”

Farmer, the patriarch of NASCAR’s storied “Alabama Gang” that also includes Bobby and Donnie Allison, earned innumerable race wins – estimated between 700 and 900 – at short tracks located primarily in the Deep South. At age 89, he still competes on the one-third-mile dirt oval at the Talladega Short Track across the highway from NASCAR’s biggest superspeedway.

“(Red) doesn’t know how to be quiet in a deer stand, I can tell you that,” said three-time NASCAR Cup Series champion Tony Stewart, who inducted his close friend and hunting and fishing buddy. “But his stats speak for themselves. He’s a racer’s racer and he deserves to be in the NASCAR Hall of Fame.”

Stefanik drove modifieds (below) with a relentless tenacity that carried him to seven Whelen Modified Tour titles. The hard-nosed New Englander, who died in 2019 at age 61 from injuries sustained in the crash of a private plane, also collected two championships in what was then the Busch North Series. 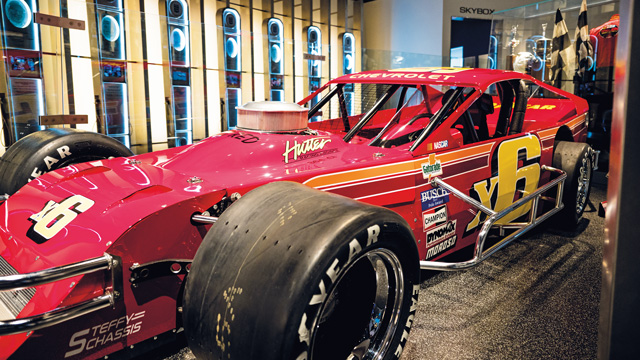 “This is a huge honor, and I know Michael would have been very humbled,” said Julie Stefanik of her husband, who set Whelen Modified Tour records for wins (74) and poles (48). “He was more than just a racer to us. He was a beloved husband, father, brother and friend.”

A visit to the NASCAR Hall of Fame

Conveniently located in the heart of uptown Charlotte, N.C., the NASCAR Hall of Fame is an interactive entertainment attraction honoring the history and heritage of NASCAR.

It’s a place where fans can be inspired by the heroes who powered stock car racing from its rip-roaring past to its exciting future, and get in on the action at every turn with more than 50 interactive experiences.

Connect with the sport’s legends in the Hall of Honor, get behind the wheel of an iRacing simulator on your favorite track, or see if you’ve got what it takes to make the team in the Pit Crew Challenge.

Take part in events that set the stage for the future of the industry and hear intimate, never-before-told stories of the past.

Bring the whole family for moments that will become memories to be shared for a lifetime. Experience it all at the NASCAR Hall of Fame.

To find out more, including ticketing, opening times and all the latest exhibits, check out nascarhall.com.