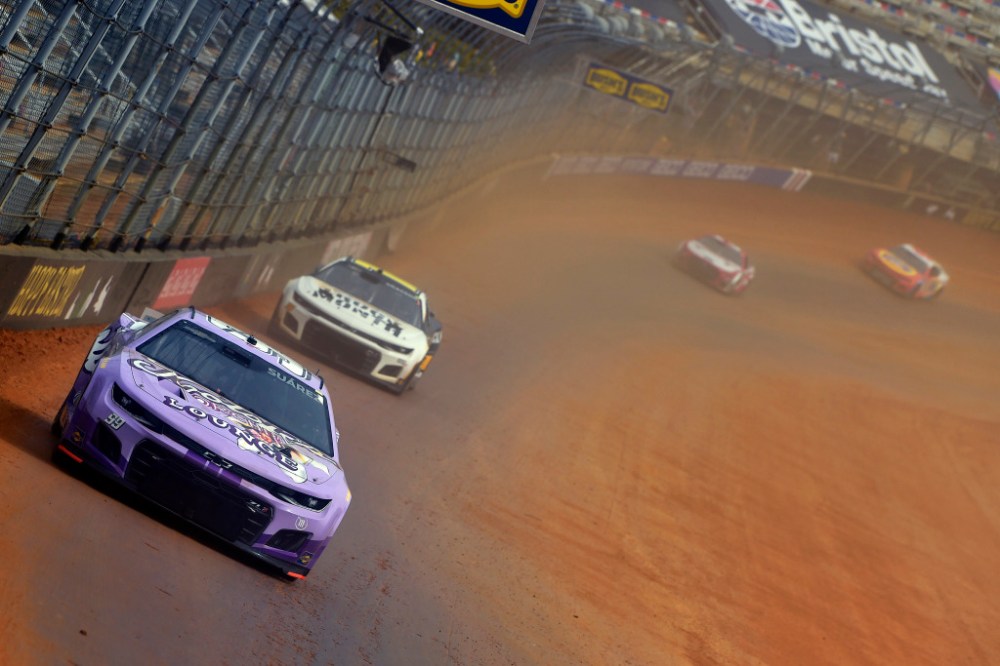 Officials have painted the top of the wall white in the corners at Bristol Motor Speedway to help drivers with visibility issues.

Friday, drivers complained that a black wall didn’t help when the racing surface became dusty. Denny Hamlin bounced off the wall in the first practice session due to not being able to see where the wall was because of the dust from the car in front of him.

“The closer you get to the wall in front of you, and depending on where they’re running — if they run up close to the wall — it just creates such a cloud of dust that it’s really hard to see the wall,” Almirola said. “The wall is painted black. I think that makes it harder to see as well.”

As the groove widened out in practice, drivers could utilize multiple lanes of the racetrack. This year the track has progressive banking to create more passing options. Last year, drivers dealt with a single groove track with few drivers taking advantage of the very top lane.

The progressive banking goes from 16 degrees in the bottom groove to 19 degrees at the top. For the inaugural dirt event last year, it was straight banking of 18-19 degrees.

“It was hard to see; not as bad as last year but still pretty rough,” Blaney said of his visibility during practice. “The sun being down definitely helped that, which was definitely a little better. The wall is painted black, so you can’t see the wall which makes it worse.”

Then with a smile and a laugh, Blaney said, “They need to paint that white or neon or Easter egg colors. I don’t give a , but you need to paint it something other than black because you can’t see it when it gets dusty.”