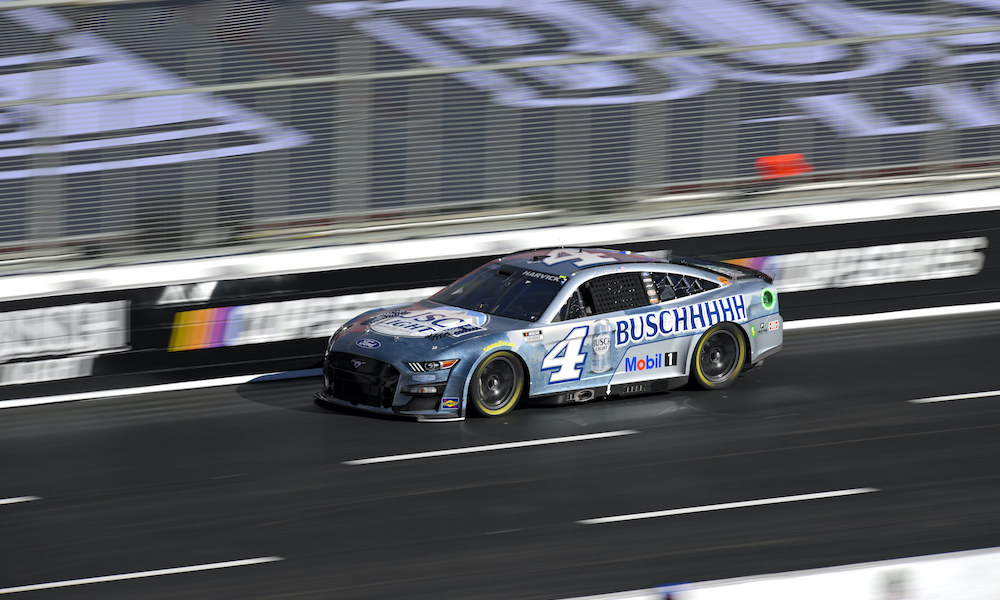 NASCAR racing at the L.A. Coliseum became a reality Saturday with cars getting on track for the first time in practice and qualifying ahead of the Busch Light Clash. The purpose-built quarter-mile inside the stadium that houses the USC Trojans football team received a ringing endorsement from many drivers, who were blown away by construction and acknowledged they were enjoying the moment.

Former Cup Series champion Kevin Harvick took it one step forward. Despite the big show still yet to be run, Harvick felt NASCAR’s gamble on doing something different with the Clash had paid off.

“I don’t think you can screw it up at this point,” he said. “The event is here. The racetrack didn’t fly up. Practice went good. The cars all made the corners. People were passing each other, and as our good friend, Jim Hunter (former NASCAR executive), would say, ‘You have to have cars that pass, Kevin’ to make a good race.

“When you look at everything that has happened, the amount of tickets and media passes and all the things – you can’t screw it up at this point. That’s my opinion.”

The main event will be set after four heat races and two last-chance qualifying races. Only 23 of the 36 drivers who entered the Busch Light Clash will make the main show.

While L.A. Coliseum can hold over 78,000 fans for an event, at most, there will be 60,000 in attendance Sunday for racing. With how the track was built, viewing and safety led to officials deciding to cover the lower level of seats with advertising banners. Of the fans who do attend, NASCAR has promoted that 70 percent have never previously attended a race.

Sunday marks the first time since 1979 that NASCAR’s annual exhibition race has been held somewhere other than Daytona Beach. It was taken to a market NASCAR President Steve Phelps has repeatedly said is important to the sport, and with all the entertainment aspects built around the race, they hope to capitalize on with a long-term gain.

For Harvick, what NASCAR has done with the Busch Light Clash should lead to trying other new things. Harvick mentioned how the NFL plays in London and that the iconic Wembley Stadium could be a fun venue. He also pointed at the All-Star Race needing something fresh instead of it being held on an intermediate track that can be seen many times during the season.

“I would move it all over the place,” Harvick said of the Busch Light Clash. “If this goes like everyone thinks it will, it will just blow the doors open to opportunities, and I would take them.”

Sunday will be the culmination of a gamble by NASCAR and a lot of work by everyone in the industry to make it happen, but it seems it won’t be the racing that has a lasting impact.

“I think you have a kickoff leading into Daytona that you haven’t ever really had before with everything this weekend,” Harvick said. “I think this will make that bigger than it was. The new car will make that bigger than it was. You see the reflection in ticket sales that come with the enthusiasm from the race fans, and I think that is only going to grow as we get done here.”