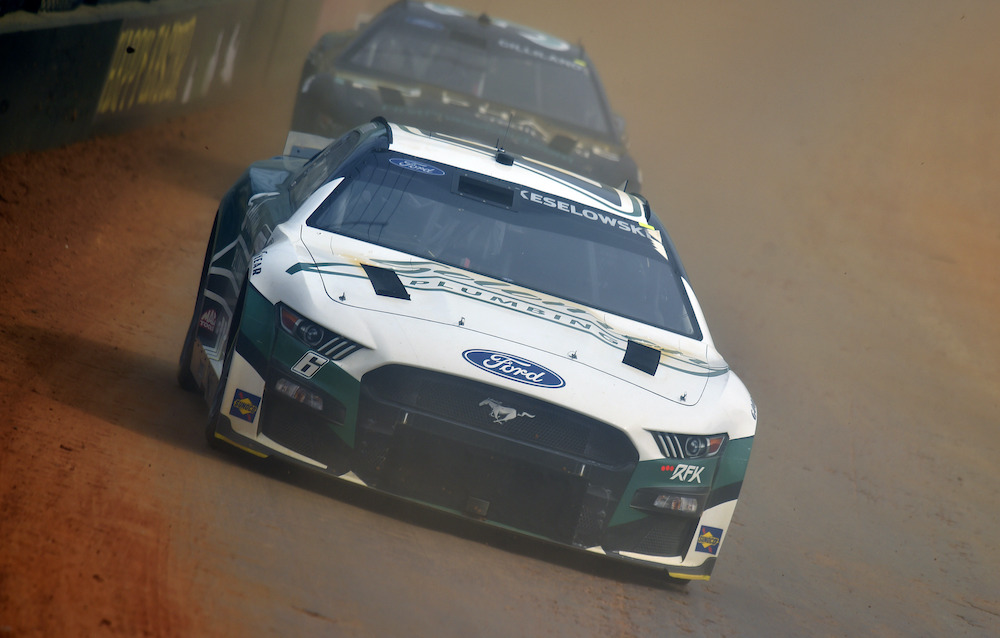 The hashtag for Brad Keselowski and his RKF Racing team was nicely done. The message is simple and clear, incorporating his car number and rolling easily off the tongue.

And it’s never been more appropriate.

Keselowski and his team have fought an uphill battle through the first portion of the NASCAR Cup season. With a new team comes new challenges, new personnel, and Keselowski learning his place and his employees’ names. On the track, a new car is a brand-new learning curve. A penalty after the four races of the season a gut punch.

But Keselowski is practicing what the hashtag preaches.

“There’s a lot of temptation to throw in the towel, I think more so from some of those that have been my fans, but that said, I’m nowhere close to that,” Keselowski said Wednesday. “This isn’t a six-race deal. It’s not even a one-year deal. It’s not even a two-year deal. This is a long-term commitment and in that long-term commitment, we were prepared for there to be bumps in the road.

“Do we like those bumps? No, we don’t. I would have preferred to just come right out and win the first three races. It’s probably not that realistic, but you got to shoot for the moon to maybe hit the stars sometimes. That said, I still do like the progress, and I’m excited about what we have going in front of us.”

Knocked to 35th in the point standings after the 100-point penalty last month for modifying a single source supplied part on the car, an 11th-place finish on the dirt at Bristol Motor Speedway (his best result since the penalty) moved Keselowski back inside the top 30. Important because a driver who wins a race and is a top 30 driver in points at the end of the regular season earns a playoff spot.

Winning a race is likely Keselowski’s only way into the postseason, and the former Cup Series champion admitted there might be some truth to the belief superspeedway races like this weekend at Talladega Superspeedway are his only chance. But Keselowski looks at the next month of racing as his for the taking.

“I think we can win any one of them,” Keselowski said.

Perhaps a bold statement for a driver with one top-10 finish in nine races and one who hasn’t led a lap since March 6. But Keselowski sees what his team is building and how they are figuring out what pieces they need to complete the puzzle.

“Some of those are proprietary,” Keselowski said. “What I can share are the ones that aren’t proprietary in that it took me a lot of time in previous roles to get a pit crew that was capable of competing at a high level and this pit crew I have on pit road is phenomenal. If we get in positions where we’re leading races, they can keep us there. I’m excited about that for them and for us.

“I’m excited about the relationship I have with Matt McCall and the race engineers and my specific race team. I’ve got a really, really sound road crew and crew chief and engineering team. And I’m confident that our biggest issue is just getting the cars right here in the shop from the engineering and manufacturing level and that’s something that we’re just going to keep pushing on, and we are pushing on. We’re growing significantly. What those items are, I can’t really share with you, but I like the progress we’re seeing there.”

The last five races have been an improvement from where Keselowski started the season. Still not a consistent contender or force inside the top five, Keselowski has finished no worse than 17th, and his average running position during the events has picked up. On the dirt at Bristol, Keselowski even spent some time inside the top three.

The good news is Keselowski isn’t alone in his confidence, and he doesn’t have to do any morale-boosting with the team. They, too, are living up to the hashtag.

“It’s a hungry team and hungry confident,” Keselowski said. “They want to win and they’re all eager to return to where they were in the decade before. I like the drive. Of course, the penalty and all that stuff were somewhat demotivating, but I think we’re in a better space for that now and it actually was probably good for us. It probably was a wake-up call in areas that weren’t moving fast enough to improve, and ultimately, we’ll be better for it, and so will the sport.”