Next Gen has changed the game - Suarez 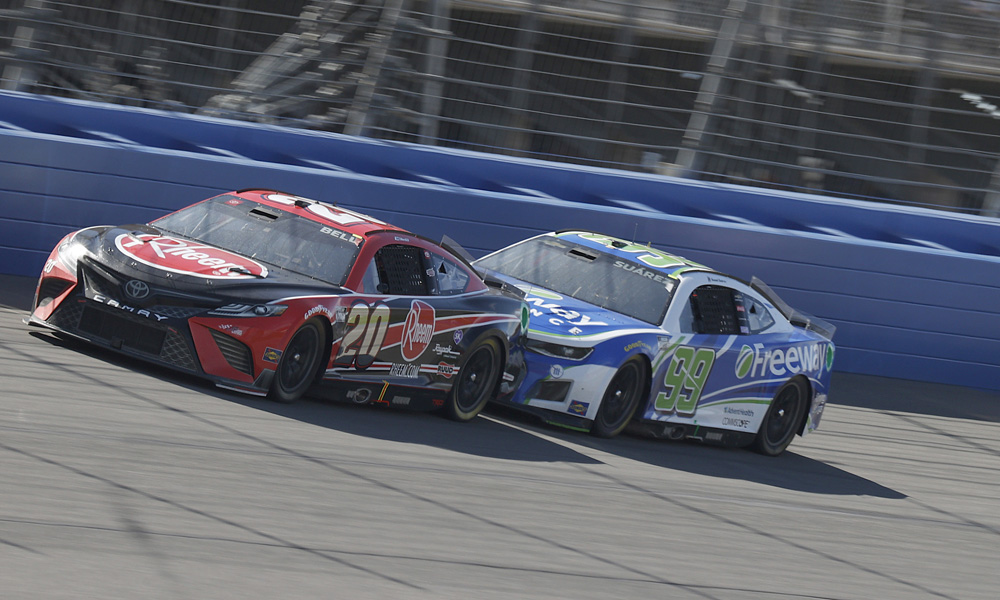 Daniel Suarez came the closest he’s ever been to winning his first NASCAR Cup Series race a week ago. While Suarez ultimately came up short and finished fourth, the fact that he took his Trackhouse Racing Chevrolet briefly to the lead with three laps to go was a testament to how the Next Gen car has changed the game.

Suarez said “without a doubt” Saturday at Las Vegas Motor Speedway when asked if the new car was bringing parity to the series and giving different teams opportunities for success. Suarez and Trackhouse were one of nine organizations that finished inside the top 10 last weekend.

“I think what NASCAR did with this Next Gen car is something that, in my opinion, we’re already seeing the results,” said Suarez. “We are going to look back in a few years from now, five years from now, and we’re going to be all very, very thankful we did this thing called Next Gen car because it just brought opportunity for new players in the game.”

Christopher Bell, who was thrilled with how hard the car is to drive and believes it’ll be fun in the long run, won the pole at Las Vegas — the first  Cup Series pole of Bell’s career. Both Richard Childress Racing cars advanced into the final round and start top 10 a week after Tyler Reddick dominated the Fontana race.

Austin Cindric won the Fontana pole with Erik Jones on the front row. Jones was a top-five driver last weekend, and Reddick and Chase Briscoe have also been sporty thus far with the new car. Cindric starts third in Laz Vegas and Briscoe fourth.

Except, it’s not just in the result sheet that Next Gen has made a difference. Suarez believes the car — as the industry hopes — will be as enticing for prospective new owners as it was with his.

“So yeah, I definitely think that the competition and the way that we are competing with the Next Gen car is way more level than before.”