Factory drivers Dane Cameron and Felipe Nasr completed 1200 miles of running with the twin-turbo V8-powered at the Circuit de Catalunya, where Porsche says “the focus of the test runs was to set up the systems, develop the tires and optimize the interaction between the V8 turbo engine and the hybrid elements as prescribed by the regulations.”

For Cameron, a three-time IMSA WeatherTech SportsCar Championship title winner whose most recent crown came with Acura Team Penske and its ARX-05 DPi in 2019, the new car and new opportunity at PPM has been rewarding.

“I climbed into the LMDh car for the first time several weeks ago in Weissach,” he said. “That was primarily about functional tests. The progress that’s been made up to our first laps at Barcelona is impressive. During the test days, we made consistent progress. Each day we managed to cover more mileage and the performance improved noticeably. Of course, at this early development stage, it’s not about pushing to the very limit. On the contrary: our approach is very conservative. Based on this, my impression is extremely positive, because there is still an incredible amount of potential to further improve our new car.” 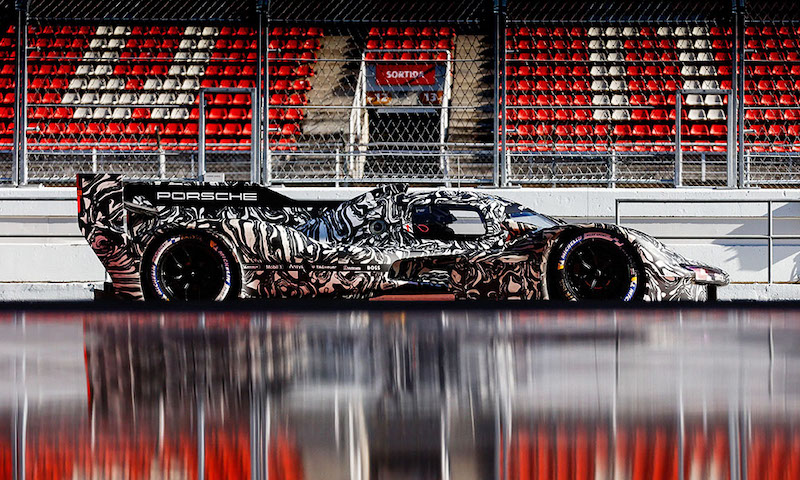 The first of new, spec energy recovery system units made by Bosch and Williams Advanced Engineering won’t be available for a few months, so Porsche – and any other GTP/LMDh manufacturers who get out to test beforehand – are having to simulate the effects of the added weight and 40hp boost on their own.

“The successful tests in Barcelona were an enormously important step,” said Porsche Motorsport VP Thomas Laudenbach. “During our first laps on our test track in Weissach, it was critical to ensure that the basic functions of the LMDh prototype worked. In Spain, we saw the entire scope of development: endurance runs, setup work and, very importantly, the optimization of the interaction between all partners involved in this project. I found it very impressive how quickly the employees from Porsche, Penske, Michelin, Multimatic and others came together as a unit. I’d like to thank everyone for the part they played.”