Qualifying for Daytona was a surprise – Villeneuve 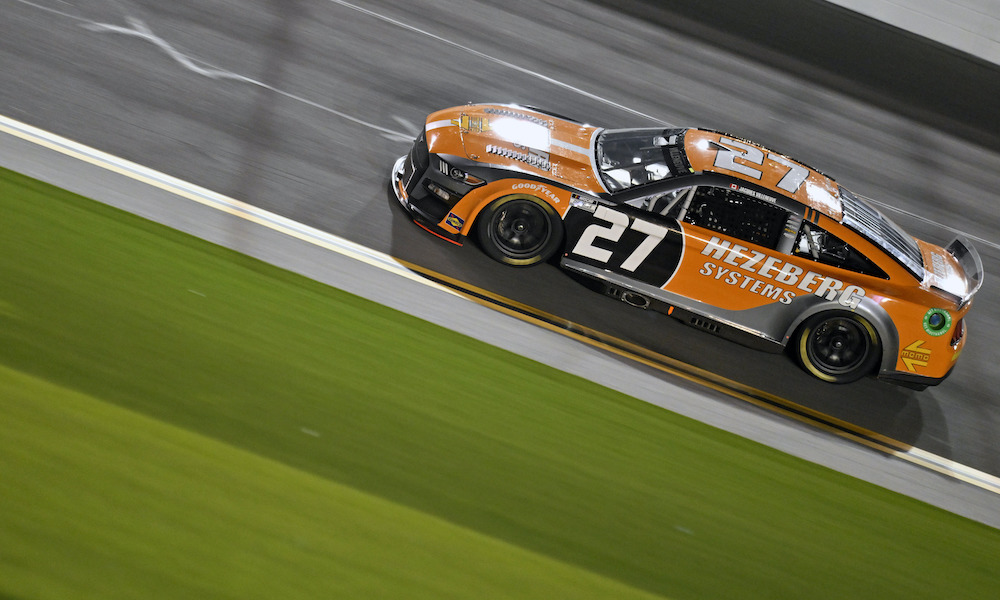 With a Formula 1 championship and Indianapolis 500 victory, Jacques Villeneuve has a resume many drivers envy. After Wednesday night at Daytona International Speedway, Villeneuve was happy to add ‘Daytona 500 starter’ to his list of accomplishments after being one of the fastest open cars in qualifying to lock up a starting spot.

It is something 50-year-old Villeneuve admitted ranks “super high” of things he’s done.

“Obviously, it’s not a win,” Villeneuve said. “It’s not like winning the Indy 500 or the F1 championship, but at this point in my career – the last time I tried to qualify here was 14 years ago – just to make the show is incredible because it’s a small team. We didn’t link up with a big team to get the car ready, and it’s highly unexpected to be able to make it on time, so it ranks right after these big wins.”

It was a surprise to Villeneuve, however. Based on how the car performed in practice the day before qualifying, Villeneuve thought he’d be left having to race his way into the big show.

“I was convinced we didn’t have the speed to get in on time, and I thought we would then have to fight it through the Duels,” he said. “Somehow, the car was a lot easier to drive (on Wednesday). It was easy to be smooth, because we got in by not a lot. It was very, very close. It was all a matter of getting right up to speed coming out of Turn 2, going through the gears, getting away from the wall to not block the air, just getting these extra revs, and that made the difference.”

Villeneuve failed to qualify for the Daytona 500 in his first attempt in 2008 with Bill Davis. Sunday will be his first start in the NASCAR Cup Series since 2013.

“It’s amazing,” said Villeneuve. “It’s satisfying and amazing, because there’s quite a few times where I’ve been hearing, ‘OK, come on. You’ve passed it. Just give it up,’ and no, the hunger has never stopped, and experience is only a big help until the day where I guess you start getting your foot off the throttle because you get a little bit scared, or you don’t get that adrenaline rush anymore as a positive thing but as a negative. That’s when you should stop. But until that moment, experience is only a benefit.”

Sunday will be the debut Cup Series race for Team Hezeberg and the No. 27 Ford. While it is a new team on the NASCAR scene, it does have a history with Villeneuve, who has competed for the group in Europe in the NASCAR Whelen Euro Series alongside Loris Hezemans, and has helped the team prepare for a limited Cup Series schedule.

Hezemans will focus on the six road course races. But successful winter testing made the draw to compete at Daytona hard to pass up.

“(We’re) ecstatic, because all of us thought that if we had a good day, we could maybe he P4 (of the six open cars), so I have a little bit more of a chance during the Duels,” Villeneuve said of the team’s reaction to locking into the race. “This was surprising for everyone, how well the car ran and the fact that it was easy to drive made it good as well, because all (Tuesday) it was very notchy. The car was darting left and right, and that always kills the speed a little bit, and somehow today it was just really smooth to drive.”

Villeneuve has not run much in a pack as the team focused on finding speed in the car. Thursday night, Villeneuve will focus on keeping the car in one piece through his Duel race and perhaps learn what he can about the draft.

And then, “Sunday we’re racing,” he said with a laugh.