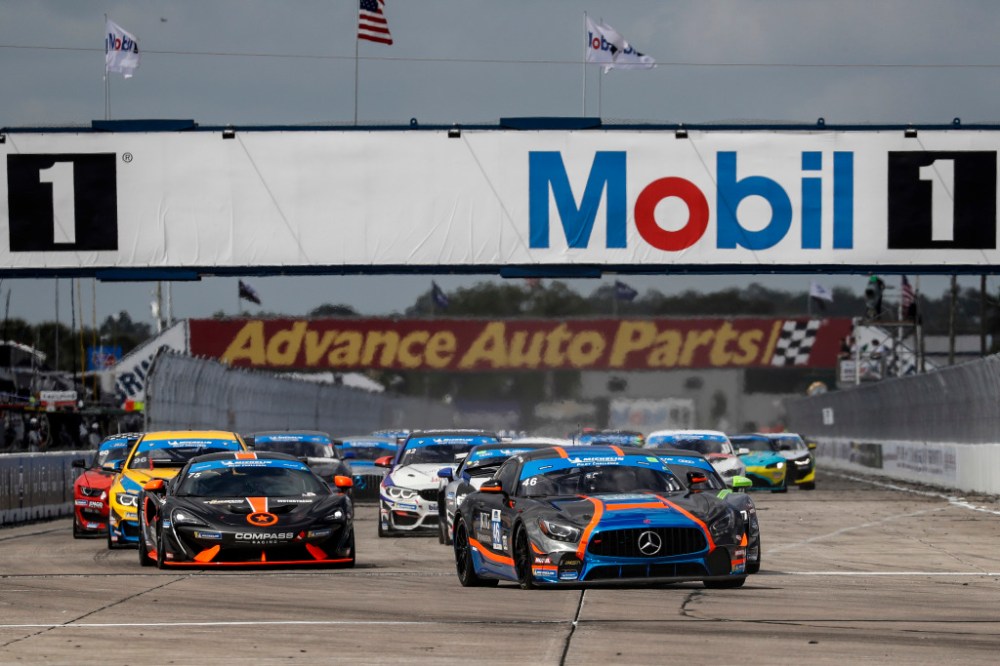 A record 45 cars will enter the IMSA Michelin Pilot Challenge race at Sebring. The 30 cars in the Grand Sport class and 15 in TCR beat the previous record of 43 that was set in 2019 and is an increase of 10 cars over last season.

The 45 cars that will race at Sebring is more than entered last year’s Michelin Pilot Challenge race at Daytona, which is traditionally the highest-attended race. This year’s race at Daytona had 48 entries.

Ryan Eversley and the No. 73 LA Honda World Racing team are not on the entry list. Random Vandals Racing and AOA Racing are also not on the list. PF Racing, which ran three cars to support Ford NASCAR drivers Chase Briscoe, Hailie Deegan, Austin Cindric, and Harrison Burton has dropped down to a single car for Chad McCumbee and James Pesek.

New entries from Forbrush Performance, Hardpoint, FCP Euro by Ricca Autosport, and CB Motorsports have boosted the numbers back up. CB Motorsports is the lone new entry in TCR while all other new entries are in GS.

Four cars will run for the Bronze Cup, a special class within GS dedicated to all-Bronze driver line-ups. Both Automatic Racing Aston Martins as well as Murrillo Racing’s pairing of Brent Mosing and Tim Probert and Capstone Motorsport will contest the special class.

The IMSA Michelin Pilot Challenge race from Sebring is set for Thursday, March 17 to accommodate the busy weekend of racing as the FIA World Endurance Championship is slated to start its 2022 season later in the week.