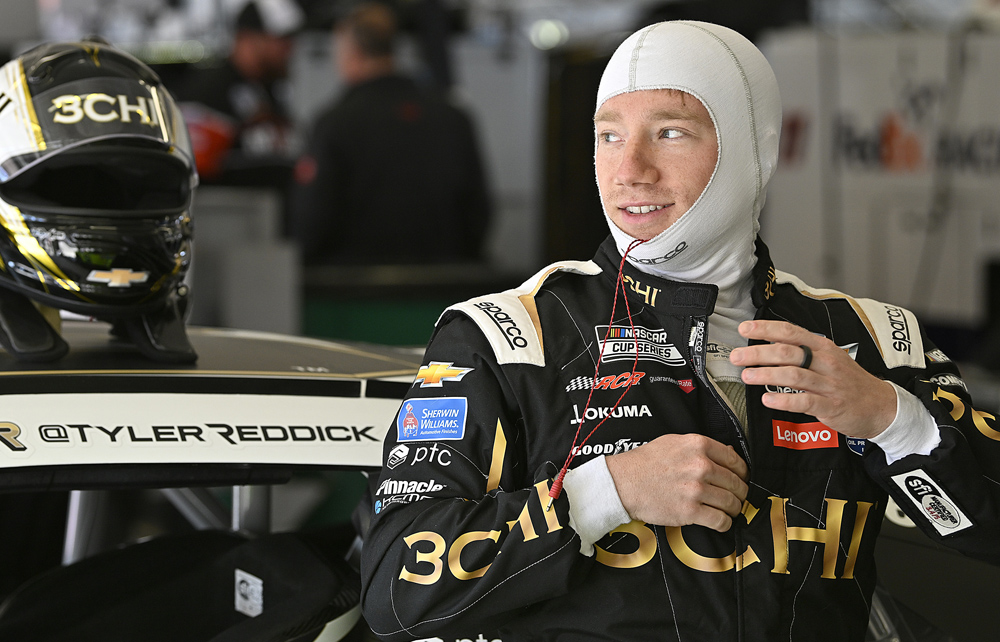 Tyler Reddick led the way in practice on the dirt at Bristol Motor Speedway, in a session highlighted by multiple spins. Reddick’s best lap was 89.924 mph (20.017 seconds). Chase Briscoe was second fastest at 89.753 mph.

The 50-minute session was the first of two scheduled for Friday. Both are traditional practice sessions of 50 minutes with all drivers on track.

Alex Bowman was the first to spin in practice during the opening minutes. But Bowman made no contact and continued on. One of Bowman’s Hendrick Motorsports teammates, Chase Elliott, spun three times during practice. Elliott escaped each one without hitting anything. Elliott was 11th fastest at 88.968 mph.

Denny Hamlin wound up with right rear damage on his Toyota after getting into the wall about midway through practice. It was the result of a visibility issue from the driver in front of Hamlin.

Chastain was the third driver to have a single-car spin during practice. Chastain also did not hit anything when he spun off Turn 2.

Joey Logano went for a 360 spin in the final few minutes of practice. Logano spun off turn 2 and kept going without contact.

Haley capped things off by spinning at the end of the session.