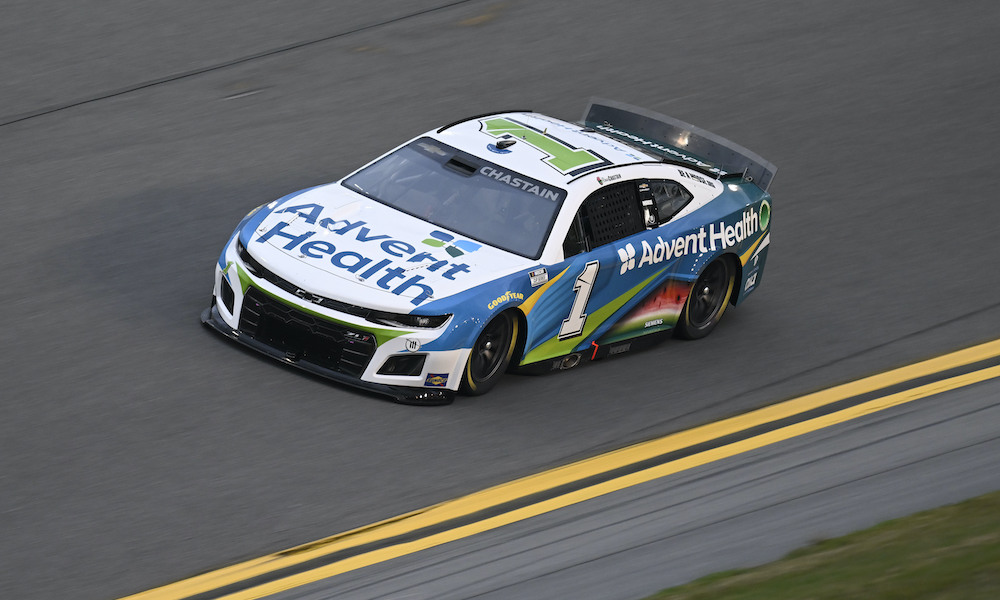 The Trackhouse Racing that hits the track this season will not be like the one the NASCAR industry saw compete in the Cup Series a year ago. A lot has happened to the organization through the offseason, and new driver Ross Chastain hasn’t been immune to the adjustment.

“All the driver handbook stuff is in Spanish to start,” Chastain said Wednesday, aiming a joke at new teammate Daniel Suarez, who was sitting alongside him.

Trackhouse Racing expanded from fielding one car for Suarez to two by adding Chastain; a move made possible by the team acquiring Chip Ganassi’s entire NASCAR operation. Two charters and needing more people meant moving into a new shop.

Furthermore, whereas Trackhouse worked on the shop floor of partner Richard Childress Racing last year, it is now standing on its own two feet.

“Their first year in the sport, they were learning a lot of things, and they really relied on the RCR campus,” Chastain said. “Now we are totally self-reliant in Concord. The foundation that was built by CGR, a lot of familiar men and women that are building these cars, and that is what Trackhouse is now. It is its own identity as a key partner of Chevrolet. We have the building blocks of 20 years of CGR and Chevrolet supporting us now to do what we want to do.

“The upper management is different, but a lot of the on the floor people are the same. It’s a lot of familiar faces for me.”

When asked about Trackhouse expanding, Suarez went back to his memories from the middle of 2019 when he sat with team founder Justin Marks and team president Ty Norris and was pitched the idea of the team. Suarez took a leap of faith signing as the driver, having been told by Marks to trust him and his plan.

“I knew we were going to grow, and we were going to be good, and we were going to be strong,” said Suarez. “He had that vision. But I didn’t know how fast that was going to happen. It definitely happened fast. Quite fast. It’s been quite a big change, not just going from one car to two cars but going through the change to our organization, as Ross mentioned. From getting a lot of support from RCR, which we’re going to forever be thankful for because without them, we probably wouldn’t be here today. Then having the transition to do everything that Trackhouse is today.

“We have over 100 people working at Trackhouse Racing right now. We have two full-time operations for two full-time cars. It’s such a big change. So much bigger than adding one more car because there are so many things that changed in the process. We’re all just very excited to be here. It’s always excited to be here in February because there is a lot of energy and good things, but this year it’s extra exciting with the unknowns about how the new car is going to play out.”

The hard work, the thrash to get to Daytona, is over. Now it’s time to race and show what the new-look Trackhouse is made of.

Asked if it’s realistic to expect both of them to contend for the playoffs, Suarez and Chastain both replied, “Yes.”