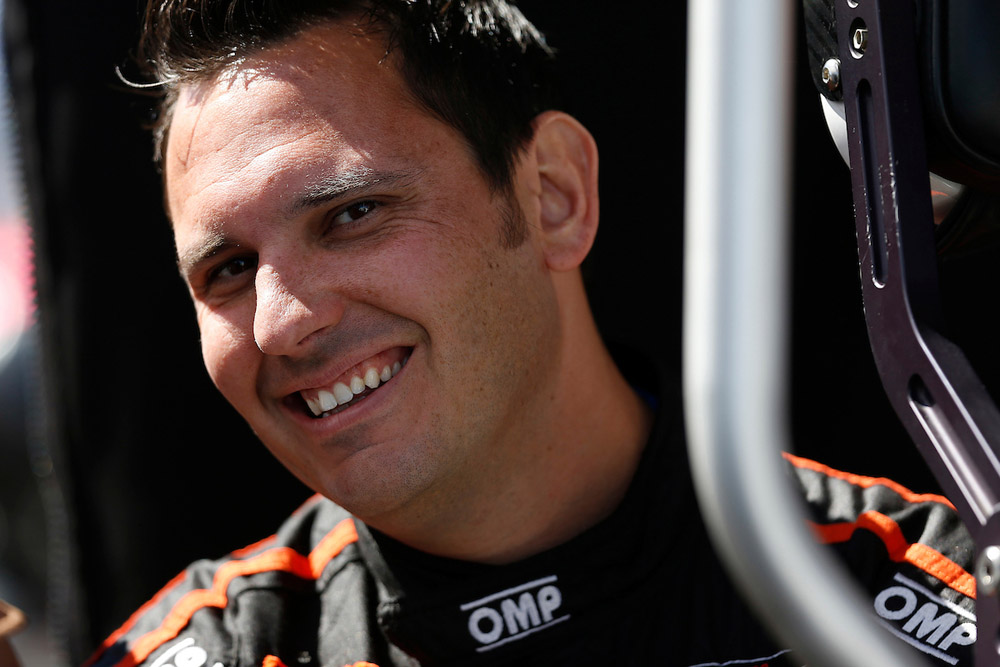 Another Acura will be joining the GTD ranks in the IMSA WeatherTech SportsCar Championship, with Rick Ware Racing fielding an NSX GT3 Evo 22 for Ryan Eversley and Aidan Read for the Sprint Cup races.

“Last year we competed in the Rolex 24 At Daytona in the LMP2 class, and had a great run, finishing fourth,” noted team owner Rick Ware. “Later in the year, an opportunity arose for Ryan Eversley to make his NASCAR Cup Series debut with RWR at Road America. After that weekend, Ryan and I continued to have conversations about running full-time in IMSA for 2022. It’s been a long journey, but I can’t think of a better driver to jumpstart our IMSA program.”

Eversley (pictured above) has been a factory Honda/Acura driver for the past eight years, and was instrumental in the development of the NSX GT3 in 2016. In addition to his racing career, Eversley is also well-known as the co-host of the podcast “Dinner with Racers.”

“HPD and Acura helped us out with a lot of support items and, and made it possible for it all to happen. So it took a relationship I have Rick Ware and my existing relationship with Acura — I how do I get these two to put a program together?” Eversley told RACER. “Between Rick and I, I think we’ve been on the phone maybe 1000 hours in the last eight months and it finally came together.

“Aidan was my engineer at my Cup debut last year at Road America — we already had a relationship from that. And I knew he was a driver when I met him, so I’m like, all right, here’s the guy that races to the kind of stuff I do. So I think it helped us with that Cup race, because he speaks sports car racing, and can translate to what I needed. I was I was really happy with how that weekend went, and had no idea that we’d eventually drive together one day. And I feel comfortable already complaining to him about a race car!”

Australia’s Read split his time between engineering the No. 53 in the NASCAR Cup Series and as a driver with Turner Motorsports in the GTD class for the endurance races, where he collected a win in the 6 Hours at the Glen as well as the Pole Award for the Rolex 24 at Daytona.

“It’s going to be an exciting year for me working with RWR as both an engineer in NASCAR and driver in IMSA,” said Read. “On the sports car side, I am confident that Ryan and I will be strong competition in the GTD Sprint Championship with the Acura NSX. Rick and the entire RWR team have always been very supportive, and I am thrilled to be part of this new program.”

Rick Ware Racing’s entry ensures an Acura NSX GTD presence for the full season of the WeatherTech SportsCar Championship to complement the two Acura DPi cars run by Wayne Taylor Racing and Meyer Shank Racing with Curb-Agajanian in the top class. Gradient Racing has stated its intention to compete the full season with its NSX, but has only committed to the Michelin Endurance Cup races so far.

“We welcome Rick Ware Racing into the HPD/Acura Motorsports family,” said John Whiteman, commercial manager at HPD. “Ryan Eversley, of course, has a long affiliation with HPD and was part of our original Acura NSX GT3 driver line-up in 2017. Ryan also helped lead the successful introduction of the Honda Civic Type R TCR to North America, winning a driver’s championship. Aidan Read made a most impressive debut in IMSA competition in 2021, and we believe he will be an important addition to our Acura program this year in IMSA competition, along with everyone at Rick Ware Racing.”

Eversley expects good things from the team and his partnership with Read, given his experience with the NSX over the years and a good familiarity with the tracks.

“We should have a pretty good notebook. You know, with my experience in history with RealTime racing, I’ve got a lot of information in my back pocket,” he said. “But also having an engineer as your teammate, I’m actually really looking forward to learning from him. I think I’ll actually be able to gain as a driver from listening to an engineer’s perspective versus how I would articulate what I’m feeling. So I think there’s something I can learn from it as well.”

The first race of the IMSA WeatherTech SportsCar Championship Sprint Cup is the Acura Grand Prix of Long Beach on April 8-10.