Same track, different challenge for some of the IMSA field at Long Beach 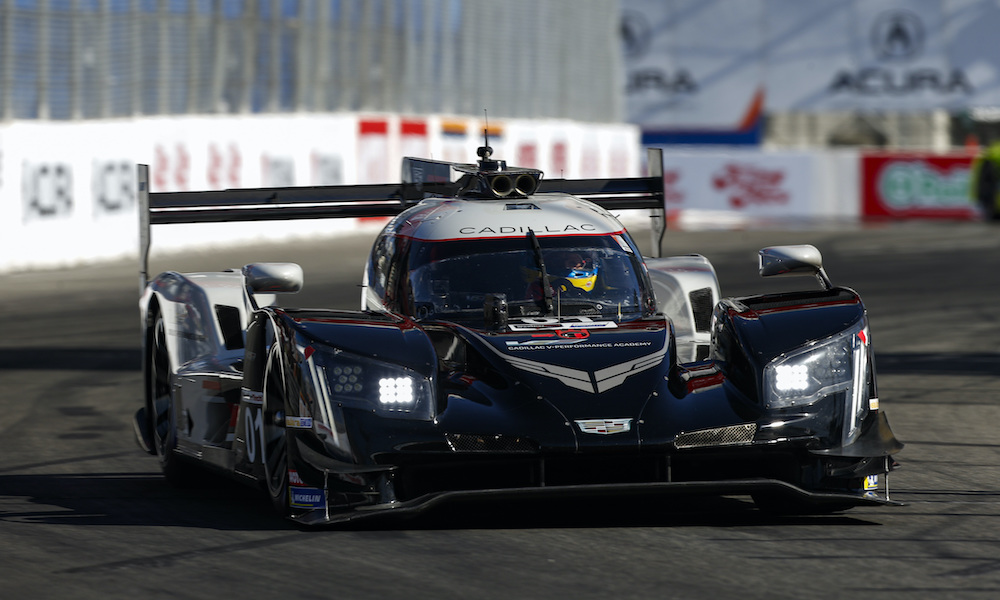 For many of the drivers in the IMSA Weather Tech SportsCar Championship field, the streets of Long Beach are a new experience, with this morning’s practice session being the first opportunity they’ve had to experience the circuit at speed. Others, though, have a wealth of experience in the Grand Prix of Long Beach – just not in the type of car they’ll be driving this weekend.

The most experienced at Long Beach has to be Sebastien Bourdais. Not only has he raced the circuit in Champ Car and IndyCar, he claimed three consecutive victories from 2005-’07. But this will mark the first time he will muscle a prototype – the No. 01 Chip Ganassi Racing Cadillac he shares with Renger van der Zande –  through the Hairpin, although he did do double duty in 2019, driving both the Dale Coyne Racing with Vasser Sullivan Honda IndyCar and a CGR Ford GT in GTLM.

“I think the prototype tire must be working really well here because it’s one of the smallest gaps between the sports car and the IndyCars, like three or four seconds – usually (it) is a bit bigger than that,” said Bourdais. “So yeah, I think it’s going to be really fun. And obviously a really cool place. I’ve always liked street courses, so I’m looking forward to something different. It’s going to be kind of weird… it’s the first time I’m in Long Beach and not driving an IndyCar. But at some point it was gonna happen, and it’s this year. But I’m looking forward to racing the Cadillac here.”

Bourdais’s teammate in the other CGR Cadillac, New Zealander Earl Bamber, has a few laps around Long Beach as well, including a GTLM victory for Porsche in 2019 on his way to winning the championship with Laurens Vanthoor. Then, he was the traffic being passed by the DPi cars. Now he has to negotiate his prototype around the GTD cars.

“Every track that I’ve been to so far with the Cadillac, it’s a really cool, fun car to drive, it does all the right things,” he said. “And I think a street track with prototype racing is probably something quite unique to America, so I’m really looking forward to it. I generally like this place. And I think the racing style is just going to be a little bit different with the traffic management, because we’ll just come up to lap traffic. So for me, that will be the biggest thing with the prototype.

“And I think the racing will be good. I’ve watched a couple of races, it seemed like they managed to pass and obviously here, it’s always a gamble as well with the pit stop. I mean, whoever can get their stuff done first and make it to the end is in with a pretty good chance if there’s a yellow.”

Tom Blomqvist is in a similar situation to Bamber. His previous visit to Long Beach was in a BMW Team RLL BMW M8 GTLM car. He returns in the No. 60 Meyer Shank Racing with Curb Agajanian Acura and was third in the first practice session.

“A track’s a track, right?” he said before his first session at Long Beach in the Acura. “So once you know it, you know it, the ins and outs. So it shouldn’t be too difficult, But we don’t get too much practice, which is the difficult thing. So with two drivers, we’re very limited in track time and we’re not going to get a whole lot of laps before qualifying and the race. We’ve got be really smart about and be efficient.

“Hopefully we’ll get the car in a window that gives us a lot of confidence to extract the most performance, because when there are walls on either side of the track, if you’re lacking confidence, the penalty becomes larger than where there’s a bit more margin for error.”