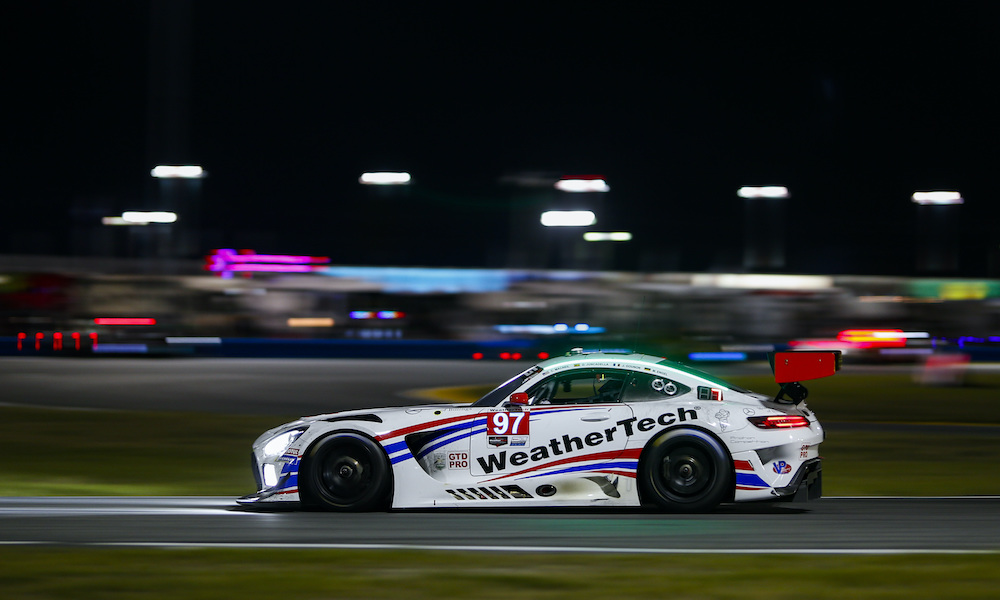 Mobil 1 Twelve Hours of Sebring defending champion WeatherTech Racing is trying to double its chances of winning the race by entering two cars in GTD Pro, just as it did at the Rolex 24 at Daytona.

Cooper MacNeil, Maro Engel and Jules Gounon will run the team’s No. 97 Mercedes-AMG GT3. MacNeil is entered in both cars as he was at Daytona, joining Julien Andlauer and Alessio Picariello in the No. 79 Porsche 911 GT3R.

“We are coming into the event as the defending race winners from last year,” MacNeil said. “We had a solid run going in the No. 97 Mercedes at the Rolex 24 until we had the hose issue just after taking the overall lead in the GTD Pro Class. Sebring will have a few less cars, but the competition level will be just as high.

“Sebring is probably the track I have the most laps at besides Road America. It has a lot of history and to win there twice is huge. With Maro and Jules we have a great chance at getting a third win.”

Engel has raced at Sebring in the past, but without much luck. He hopes he has a better outcome in three weeks.

“Sebring is an amazing track,” he said. “I think it’s one of the best events on the calendar, for sure. Having the WEC there makes it a special weekend. From a driver’s point of view, it’s one of the most amazing tracks to drive. It’s an old-school circuit with a lot of flow. I’ve been there three times so far, but it hasn’t been kind. Hopefully the fourth time will be lucky for me. We have a good team with strong drivers, so maybe we can get that win.”