Shifting adds another Next Gen challenge at Martinsville 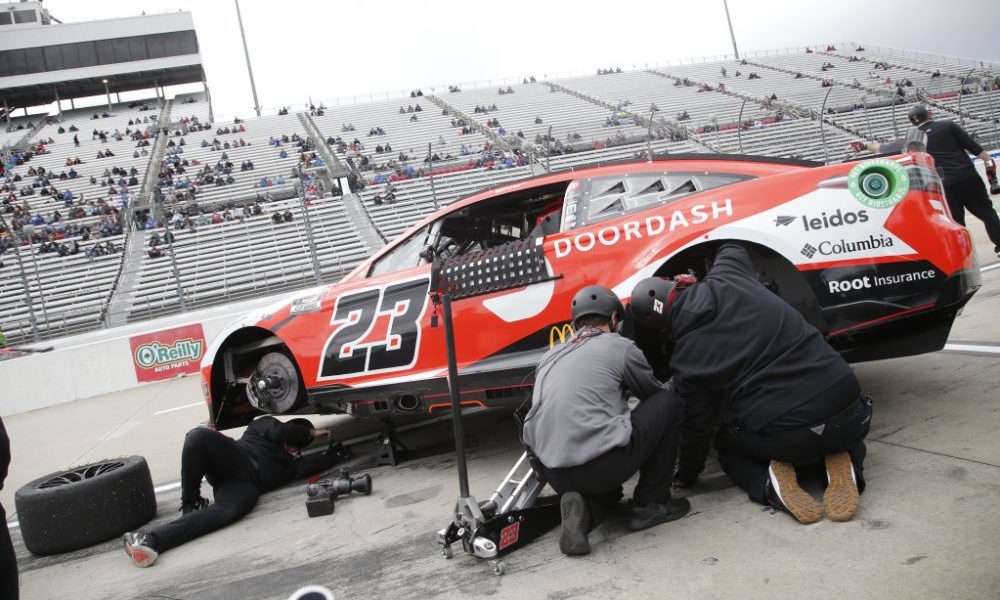 Another week, another curveball thrown to NASCAR Cup Series drivers adjusting to the Next Gen race car.

“This new Next Gen car has totally revamped Martinsville,” said Bubba Wallace. “You’re barely using any brake pressure, downshifting into the corners, upshifting on the straightaways. So, it’s just a lot going on, which is good. You’re going to have to get up on the wheel.

“Dave had shot me a text rolling into the track saying with this car he expects that we’re going to be muscling it a little bit more.”

Since February, how the car handles from week-to-week as it visits new racetracks has been a theme. On Friday, the emergence of shifting was the most significant difference from what drivers had done for many years at Martinsville.

“It’s beyond how many changes are really happening, but as long as you can digest it at a rate to be productive in practice sessions and in (qualifying), this is our best effort so far. It’s just a lot going on.

“And how in the world are we shifting here at Martinsville? This is either awesome or it’s insane. I don’t know yet.”

Tyler Reddick didn’t feel like an octopus like Busch, but acknowledged the cars were behaving differently. The only time Reddick could recall shifting at Martinsville was in an old NASCAR video game.

“These cars, when they get sideways under braking, is a bit different than what the old car used to be,” said the Richard Childress Racing driver. “In a way, it’s scarier, but in some ways, you’re able to save a little bit more. You don’t have the truck arm wheel hop these things do still wheel hop and slide.”

“Everybody’s shifting,” said Truex. “If you don’t shift, you’re the slowest car in the field.”

Truex has dominated Martinsville over the last five races. In addition to three wins, Truex has led 754 laps. But Truex and his team weren’t feeling that good after practice.

“It’s just so different; we have no experience because we’ve never done this,” Truex said. “You get 15 minutes to figure it out. If your car is off – I’ve talked about it all year – these races are won Monday, Tuesday, Wednesday, Thursday.

“They’re not won at the racetrack. And that’s always somewhat been the case, but I think now so more than ever because I’d love to go change a couple springs right now and I can’t.

“We gambled a little bit coming here kind of swinging for the fences and we thought it was going to be good, and it’s not good. So, it’s like, hmm, wish I could go change a few things, but we can’t. That’s the hardest thing.”

Austin Cindric has not competed in a Cup Series race at Martinsville ,but believes the addition of shifting will play a role in Saturday night’s race.

“That’s four more shifts a lap than normal,” said Cindric. “So, I think honestly, just calculating that in that adds a significant more amount physicality to this race. Obviously, we’re 100 laps less, and I’ve only done a 250-lap race at Martinsville, but that’s a lot more work by the driver having to shift every lap.”